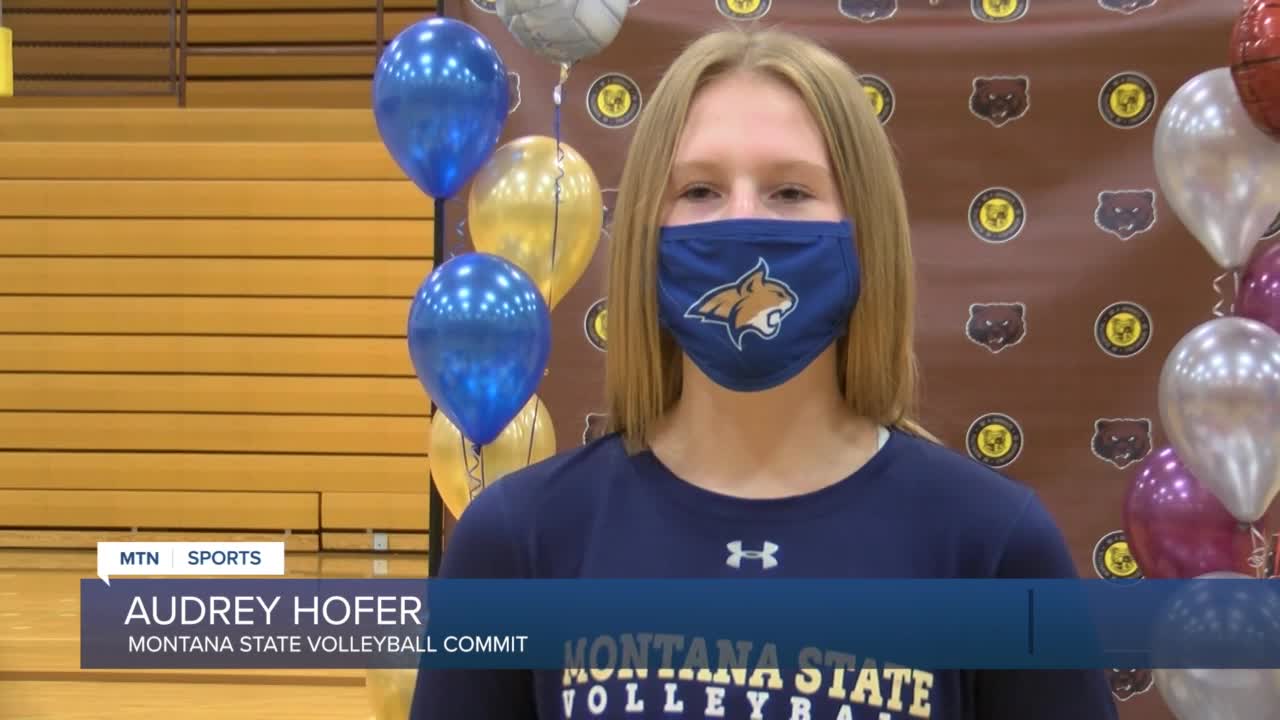 For their head volleyball coach, Rebecca Cleveland, there are many things she'll remember about the three.

“Our time together. The bus rides, the practices, the laughter, the struggle, the perseverance," said Cleveland. "Every moment.”

As Hofer and the Bartsch twins make it official that they’ll move on to the next level, their head basketball coach will remember them fondly as well.

"They're unapologetically who they are," said Katie Garcin-Forba. "There's too many memories to just kind of pinpoint one, but their personalities and the difference in how different they are is a really cool thing, I think, in all three of them."

Hofer will play volleyball and study exercise science in Bozeman and said she wouldn’t have signed her letter of intent any other way.

Dani Bartsch will head to the University of Montana to play basketball and study accounting, and she said after all the paperwork was signed this is likely the fondest memory she’ll have with her sister and Hofer.

"That meant a lot to me, especially since we've played sports since the sixth grade together," said Dani. "So happy to do it next to them."

Paige will head to Boise State to play volleyball and study business and said, though this was an incredible day, it’s bittersweet knowing their time as teammates is coming to an end.

"It is bittersweet. I think it'd be good for all of us to go to our own schools and I think it'll be awesome, but it will be really sad playing our last game together because we have been playing with each other so long and we've spent a lot of hours in the gym together," said Paige.

Before the three part ways for college, they have some other business to take care of. First, they'll try to beat Great Falls CMR on Saturday for their third consecutive Class AA state volleyball championship. Second, they'll head into basketball season as they'll attempt to win their second straight Class AA girls basketball title.