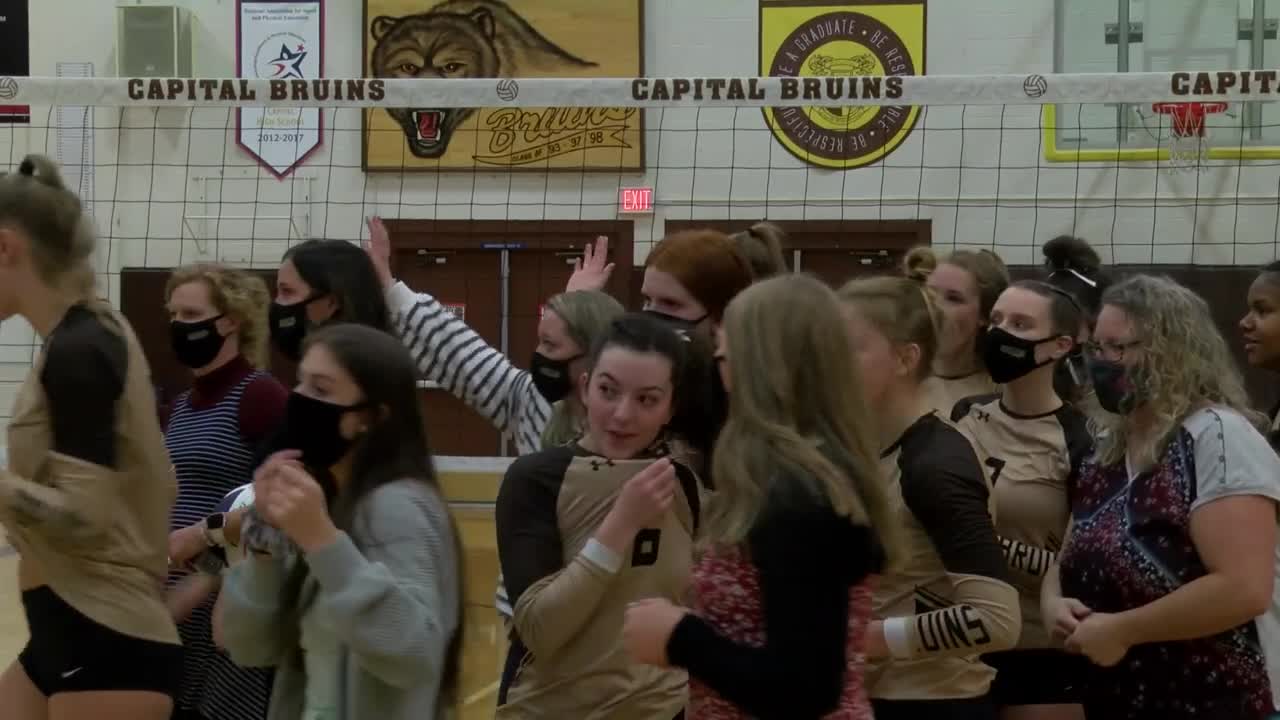 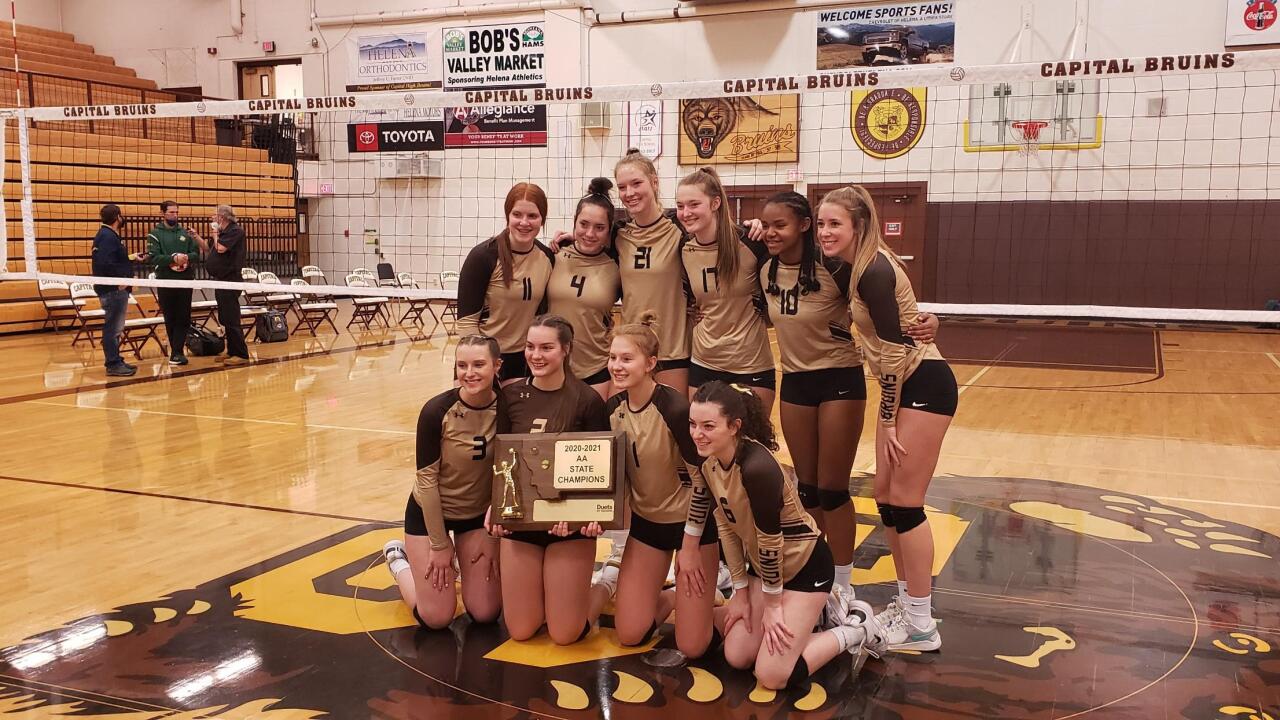 “It was so much fun. My team did a great job of bringing the energy and playing for each other," said senior middle hitter Paige Bartsch. "We all really wanted this. I just wanted to win another state championship with my sister (Dani Bartsch) and Audrey (Hofer) because I won’t be able to play with them again, and this was Dani’s last (volleyball) game and I didn’t want it to be a loss for her, so I was really happy with how it went.”

Saturday was the second time in as many games Capital was tested in five sets after the Bruins edged Billings West in a Tuesday evening semifinal.

CMR, which also entered the championship match undefeated, started strong, rolling to a nine-point advantage, 13-4, and eventually led 20-10 to force Capital coach Rebecca Cleveland into a timeout. The Bruins got within four at 24-20, but a Lauren Lindseth kill put the visitors up one set to none.

The Bruins battled back in the second set, taking a 21-15 lead, but the Rustlers chipped away and got to within two before Capital secured the set with a 25-22 win.

The teams went with a back-and-forth third set, with Capital twin seniors Paige and Dani Bartsch putting the finishing touches on the set with kills. Paige had 28 in the match to lead the Bruins.

CMR rode a late 8-3 run to win the fourth set and stay alive, but the fifth set belonged to Capital, which never trailed in the decisive set.

“During the fourth set, I was sitting there and I was like, 'Sorry, guys, this is our last time as seniors. This is our last set,' and then I was like, 'Looks like we love each other too much. We’re going another one,'" said Hofer. "I feel so good. I’m so proud of my team, and going out on this win is just everything I could have dreamed of.”

Hofer had 47 assists and 14 digs for the Bruins, who got a team-high 16 digs from Dani Bartsch. Parklynn Heller served up four aces and Paige Bartsch had three blocks to lead Capital. CMR's stats were not immediately available to MTN Sports.