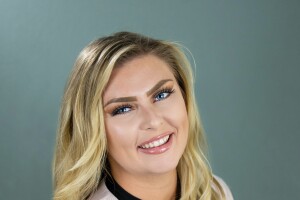 Ashley Washburn joined KBZK as a News and Sports Reporter in October 2020, relocating from San Diego, California where she was born and raised.

Since picking up her first basketball at the age of five, Ashley always knew sports were going to play an important role in her life. For the next 13 years, she juggled several sports (softball, basketball, volleyball, and track and field), while also winning two championships and breaking a school record in discus. After an unfortunate accident, she decided to leave the field as an athlete and transition back into the world of sports as a journalist.

She graduated with a bachelor’s degree in journalism from San Diego State University in May 2019. During her four years there, Ashley worked for her university’s athletic department covering both Aztec football and basketball. She also worked for a local television station covering high school football and working as an assignment editor.

Before joining KBZK, Ashley interned with ESPN and worked as a morning news producer for NBC 7 San Diego.

When she’s not at work Ashley can’t seem to escape sports, spending most of her time watching the Chargers break her heart or playing pickup basketball at the gym. She also loves hiking and trying out different restaurants in town.

If you have a story idea, or have any snow survival tips, email Ashley at ashley.washburn@kbzk.com.