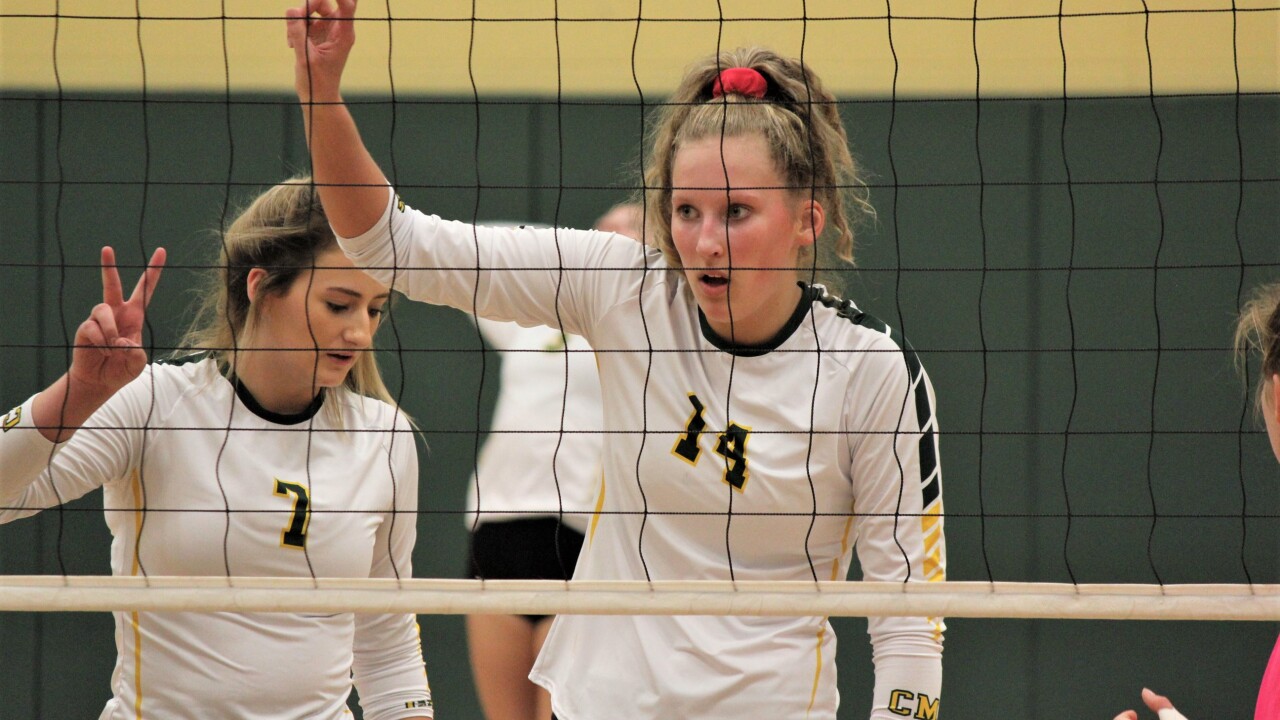 The Bengals and Rustlers were tied in the weekly poll, which is voted on by coaches across the classification, two weeks ago, but mentors pushed Helena High ahead of CMR in last week's poll. The Rustlers (14-1) were impressive in their lone conference match of last week, ousting Belgrade in straight sets, including a 25-5 third set.

Capital (15-0) remains the unanimous No. 1 in the poll after also sweeping Hellgate and Butte. The Bruins are the lone unbeaten in Class AA and have lost only three sets all season, according to stats reported to sports@ktvh.com. Capital hosts rival Helena Thursday night in a battle of top-two teams, where the Bruins can essentially clinch the Western AA crown.

Billings West (16-6) and Bozeman (11-8) competed in the Border Wars against programs from Wyoming, with the Bears recording a 4-0 mark against foes from the south. West defeated Thunder Basin, Cody, Sheridan and Campbell County.

Bozeman split its matches against the same four clubs, winning against Thunder Basin and Campbell County, but falling to Cody and Sheridan.

To view the updated volleyball standings, as reported to sports@ktvh.com, please click here.