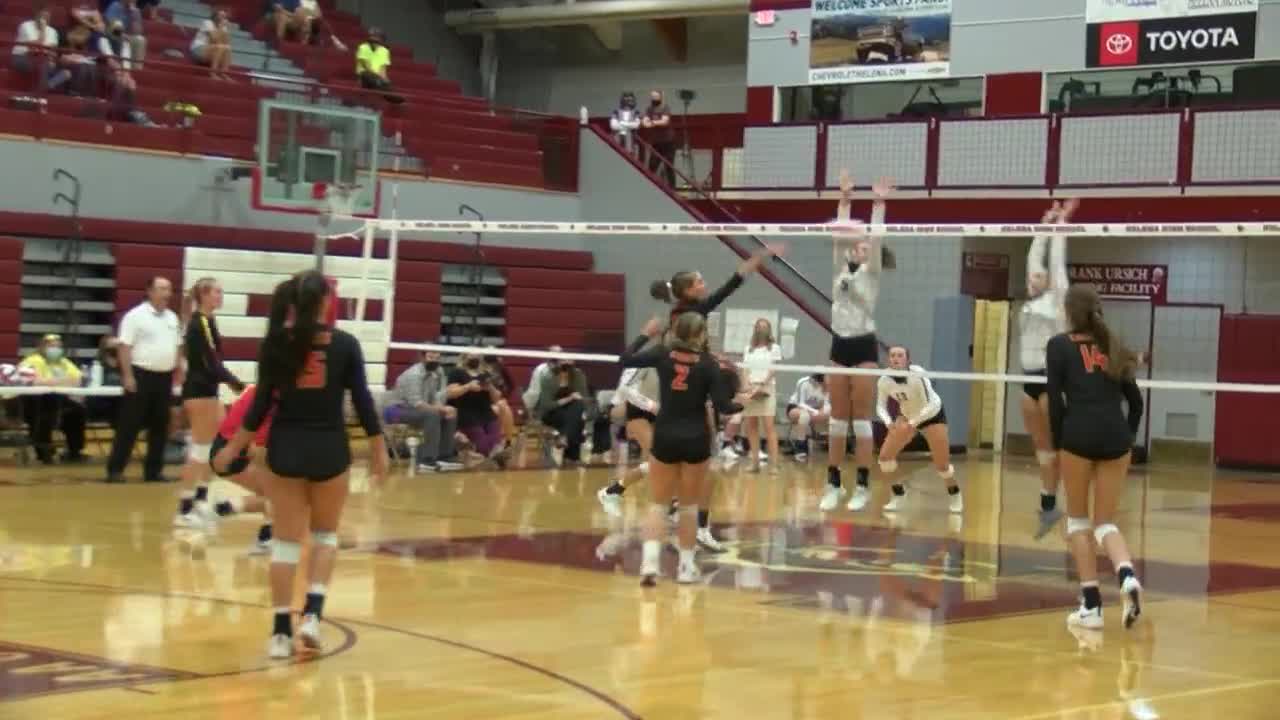 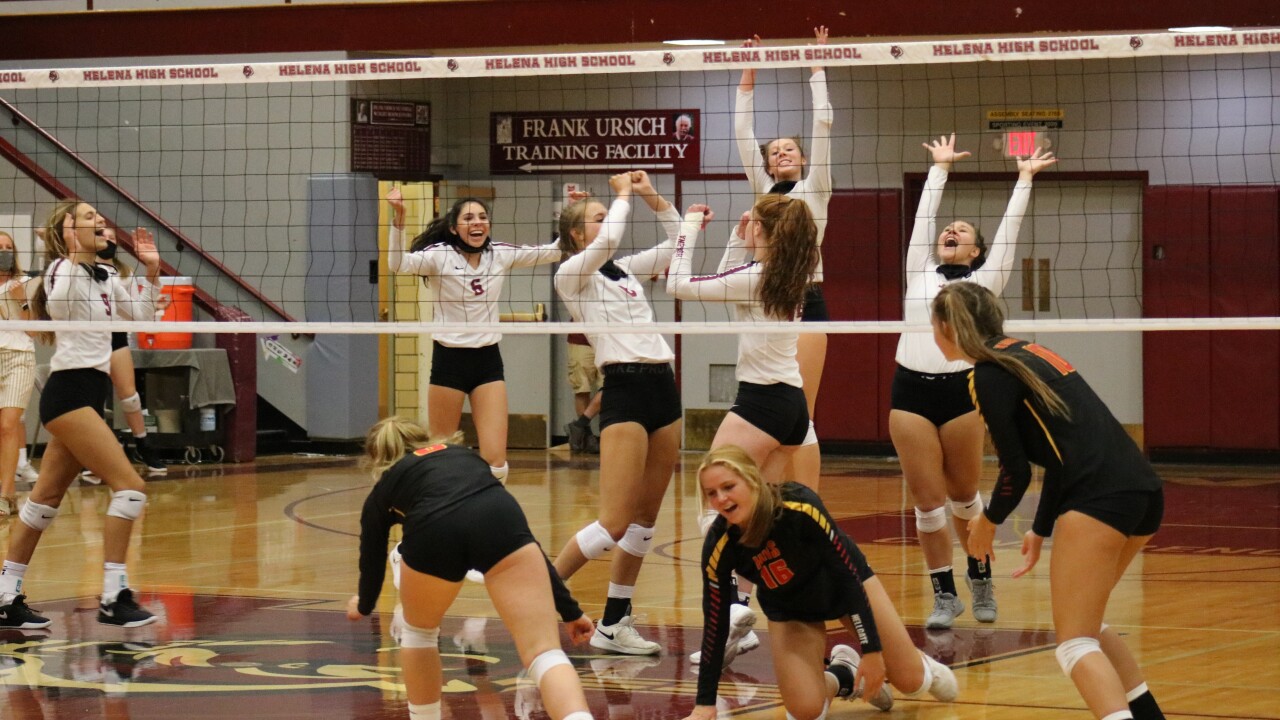 HELENA -- The Helena High Bengals were slow to get moving in their Class AA volleyball season opener but were able to build momentum en route to a 3-1 win over the Missoula Hellgate Knights on Thursday. Helena won by scores of 25-20, 25-20, 21-25, 25-15.

In the first set, the Knights were able to build a four-point lead early, but after a quick timeout by Bengals head coach Lindsey Day, the squad re-centered. Lauren Heuiser slammed one over for one of her many kills on the night that the Knights were unable to return, giving the Bengals their first set of the match.

The second set was all Helena in the early going. The Bengals jumped out to a 14-5 lead in the second set, but the Knights got within two at 22-20. On the final point, Hellgate's Gillian Sherrill mistimed the set from her teammate and shot the ball straight into the net giving the Bengals a 2-0 lead.

In the third, the Knights found a bit of momentum and were up 15-7 part-way through the set. The Bengals did what they could to mount a comeback and finish the match in three sets, but a Heuiser block fell out of bounds giving the Knights their first set of the evenin.

The Bengals were able to put the match away in the fourth set, downing the Knights 25-15 to notch their first victory of the season.

The Bengals will play host to the Butte Bulldogs on Saturday at 3 p.m. as they try to win two straight. The Hellgate Knights will return home as they look to correct course following two straight losses, when they host the Kalispell Flathead Bravettes on Sept. 15 at 7 p.m.