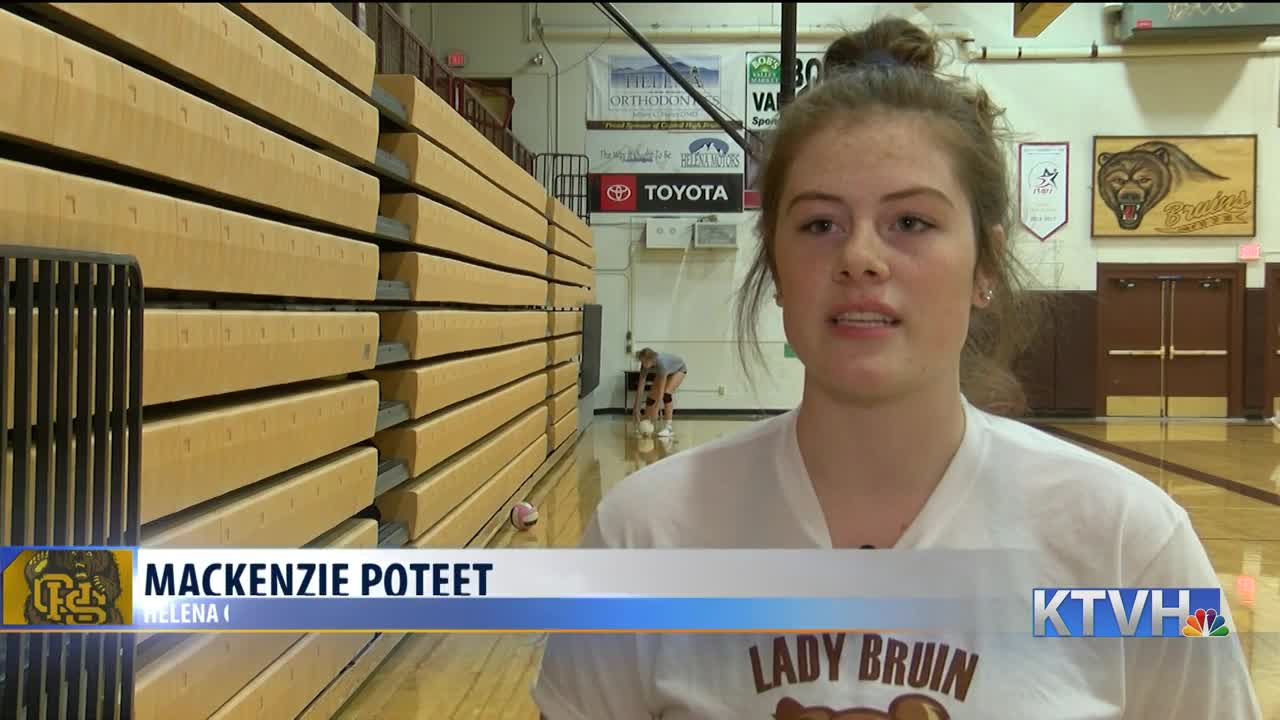 HELENA -- The Helena Capital Bruins have a bit of a Friday tradition.

"We always start our Friday practices with what we call 'Fight for it Fridays,'" said head coach Rebecca Cleveland.

Instead of staring practice with setting or serving up volleyballs, the Bruins use some unconventional tools, like cups to stack with their non-dominant hand or scooters to race each other, all in the name of raising the competitiveness to start practice.

"Sometimes we do minute-to-win it and sometimes just a non-volleyball competition, getting them used to being relaxed and composed and still competing and having fun," Cleveland said.

That isn't to say the Bruins were all play and no business on Friday. Following the brief reprieve from volleyball, Helena Capital was right into practice and that's all they've done this week to prep for crosstown foe Helena High. While the Bengals took on Missoula Sentinel on Tuesday, the Bruins had an entire week off between their last matchup against Missoula Big Sky and Saturday's match against Helena, which some players think could work in their favor.

"I think for this week, it was kind of nice just to chill and get ourselves ready for a good matchup this weekend," said senior hitter MacKenzie Poteet.

Last season the Bengals were the only team in the Wester AA to beat the Bruins, in straight sets no less. That fact is in the back of the minds of players and coaches alike, and both parties know they can't head into the Bengals' lair absent minded.

"They're really strong this year, as they were last year, and we've seen them play in a few games. We've gone to some of their games and they're a really strong team this year," said senior defensive specialist Meghan Logan. "We've just been preparing for that and getting ready to come out just as hard as they do."

One of the great things about the crosstown matchup is most of these girls know each other off the court, whether through volleyball or friendships that grew at a young age, but the moment they step on the court, those friendships are set off to the side, or tucked into a locker, to be picked up after the final point is scored.

"If we see each other we're like, 'Hey,' but the moment we step onto the court we know it's no friendship, no nothing," said Poteet. "We're here to do what we need to do."

The Helena High Bengals will host the Helena Capital Bruins on Sept. 28 at 4 p.m.