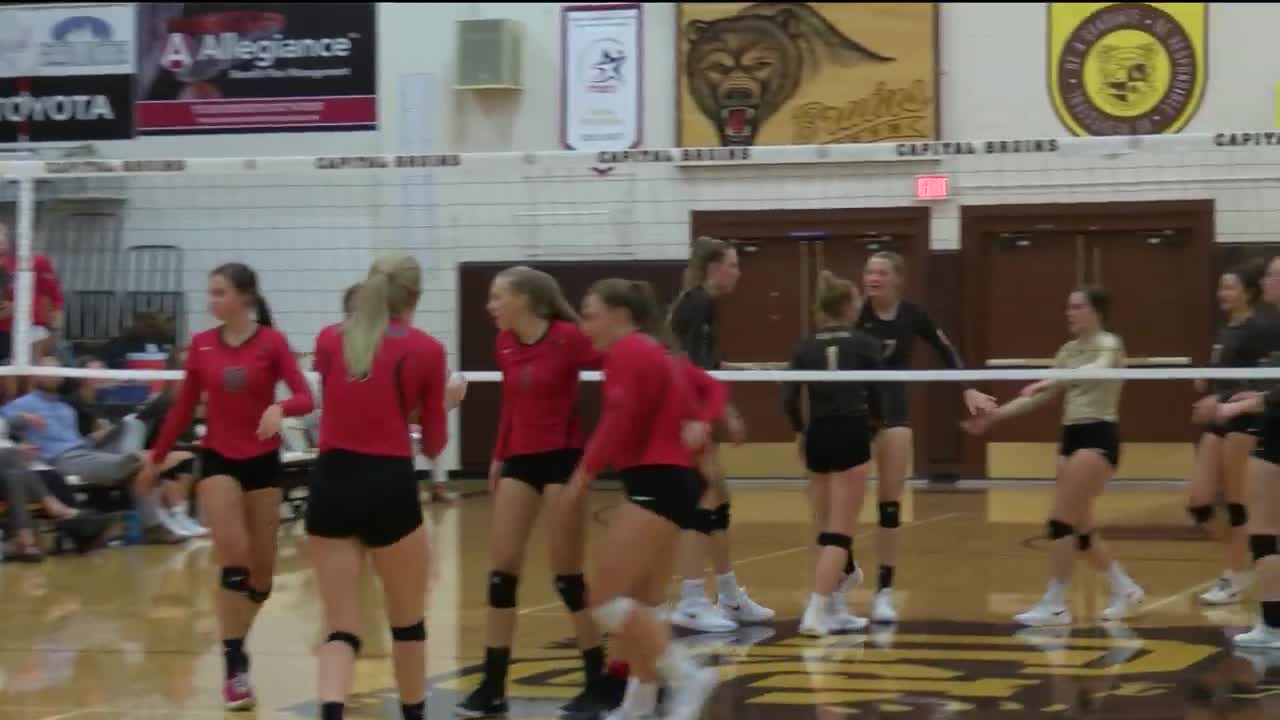 HELENA -- In a rematch of the 2018 Class AA state volleyball championship match, the Helena Capital Bruins took down the Bozeman Hawks in straight sets on Tuesday.

The Hawks came out fired up, notching the first two points of the first set, but Capital sized up the Hawks and ran away with the first set 25-14.

Both Paige and Dani Bartsch played a key role from the back line in Tuesday's match, notching four aces each.

The Hawks got some momentum going in the second and led by five points a few times during the match, but the Bruins rallied back behind 23 total sets by Audrey Hofer to win the second set, 25-23.

Jo Jo Raddick and Sasha Hathaway led the Hawks in kills with nine and eight, respectively.

The Hawks showed some resilience in the third set, battling back from from a 9-5 deficit with five straight points to take the lead. Capital took a deep breath, though, and regained the lead through the end of the set to win the match in straight sets, 25-18.

The Bruins move to 3-0 on the season and will play their fourth game in six days when they head to Missoula Hellgate to face the Knights on Sept. 5. The Hawks will head home to take on the Billings Skyview Falcons, also on Sept. 5.