CMR, Helena High round out top 3 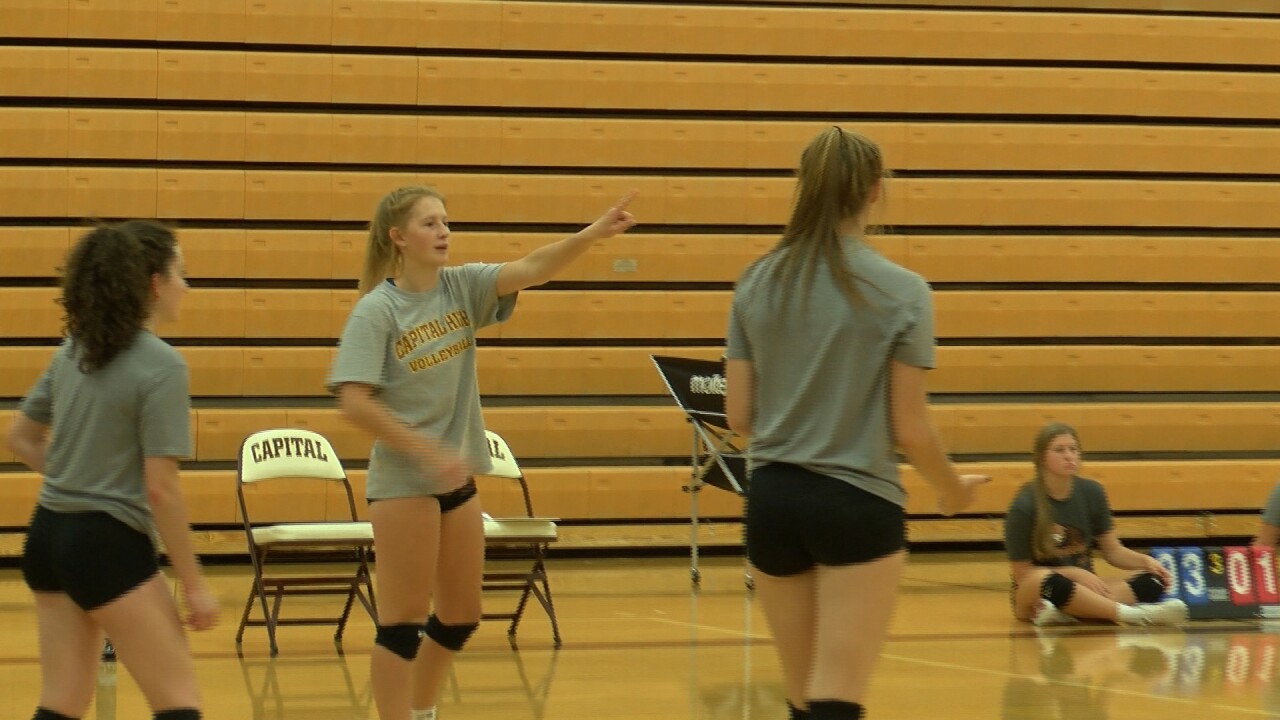 The two-time reigning Class AA state volleyball champion Helena Capital Bruins top the first Class AA coaches' poll of the 2020 season. Great Falls CMR was second, one point ahead of defending runner-up Helena High, which was third in the poll.

The Bruins entered the week with an unblemished record of 5-0, with Thursday's state championship rematch against crosstown rival Helena High, also 5-0, looming. Capital swept Helena High last fall en route to a perfect season. Sisters Paige and Dani Bartsch are littered throughout the classification's top 15 statistics, including kills, blocks and hitting percentage. Setter Audrey Hofer is also among the leaders in assists per set.

Helena's Liz Heuiser leads the state with 5.25 kills per set, while her 6.85 points per set and .487 hitting percentage are also tops in Class AA.

CMR, which placed third at state a year ago, owns the most wins in 2020, improving to 6-0 last week after a third consecutive week of sweeping opponents in straight sets. Lauren Lindseth has posted 5.67 digs per set and 1.17 aces per set, No. 1 in each category in Class AA.

Billings West (4-1) and Kalispell Glacier (3-3) round out the top five. The updated Class AA volleyball standings can be found here.

The results of the first weekly poll of the season can be found below, with first-place votes in parentheses.