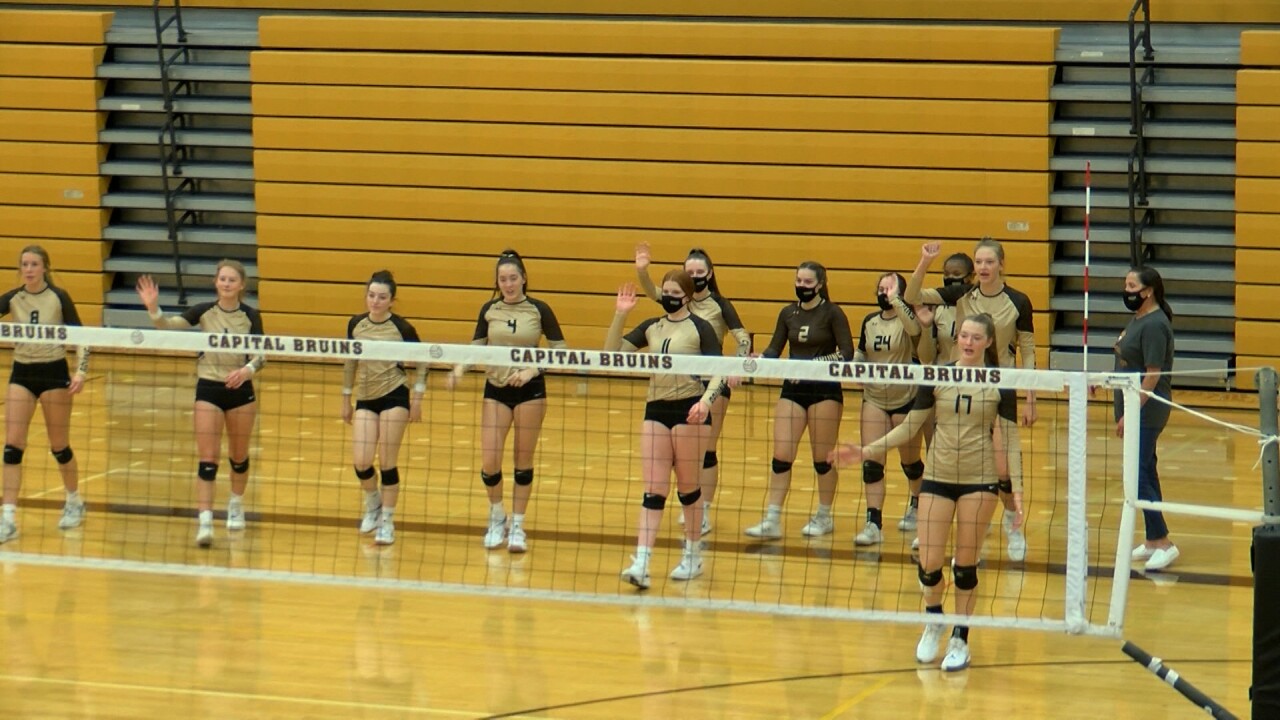 HELENA -- After a grueling five-set win over the Helena High Bengals one night before, the Helena Capital Bruins rolled past the Kalispell Flathead Bravettes in straight sets en route to the Class AA volleyball consecutive win record on Friday.

Prior to the Bruins' past two games, Capital's Dani Bartsch told MTN Sports that she was nervous ahead of the two matchups. After both wins, Bartsch said she was now able to breathe a sigh of relief.

"Very excited, relieved obviously. Anxiety is over, stress is over. Now we just play, which is what I should’ve been doing, but I wasn't," said Bartsch with a chuckle.

Following the win, Bruins head coach Rebecca Cleveland said she's happy that her current team, as well as teams from years past, can look back and reflect on the achievement.

"Not thinking about (Friday's) game, but just the entirety of the 65, the teammates that have graduated that have contributed to the 65, and then the team this year adding to it to get us to 65 is awesome," Cleveland said. "Did we play the best match (Friday)? No. Are we satisfied? Absolutely not. I'm hoping that'll feel less on Monday, just prepare for (Missoula) Sentinel and just to fine-tune the areas, which is primarily passing, that we just need to get back in our rhythm. Overall proud of the program."

The Bruins will get a shot at eclipsing the Class AA record for consecutive wins on Tuesday when they host Missoula Sentinel at 6 p.m.