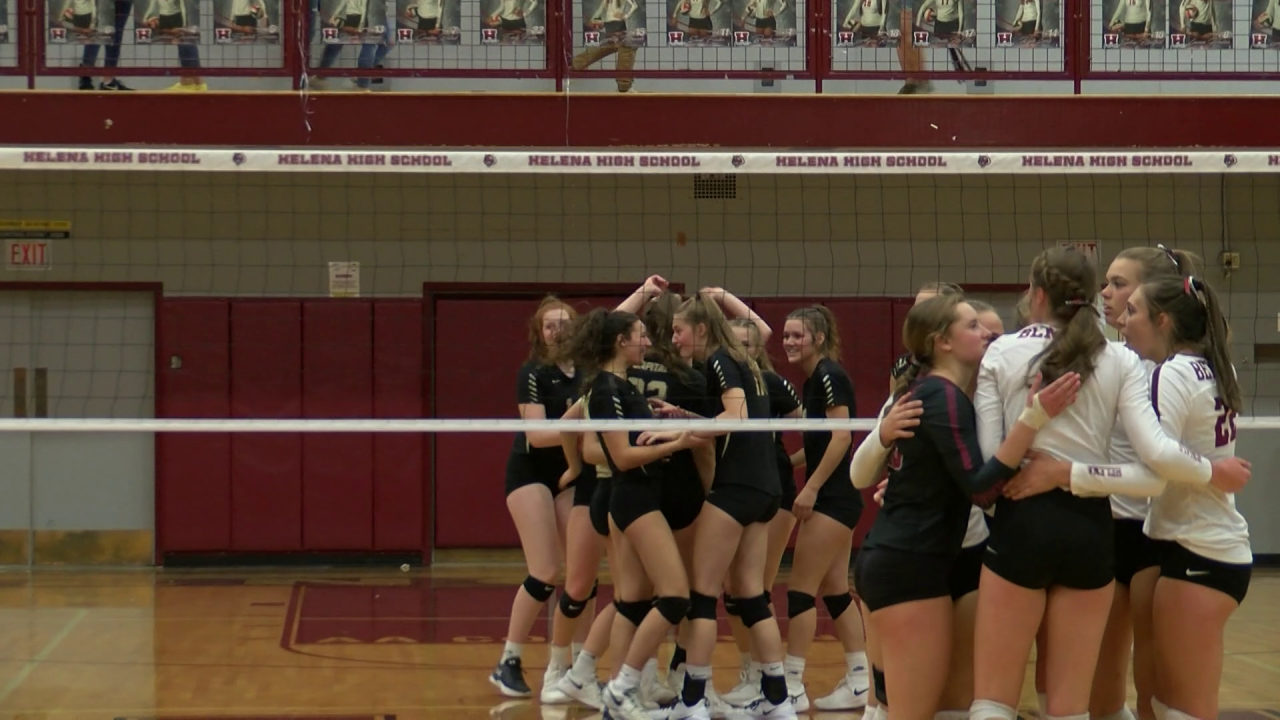 HELENA -- The Helena Capital Bruins made the short trip across town to Helena High to take on the Bengals and won the match in four sets, 3-1.

The Bruins pocketed the first set, but faltered in the second. The Helena High Bengals won the second set 27-25, handing the Bruins only their second lost set of the season, partially thanks to Elizabeth Heuiser's eight total blocks in the match.

"They just rattled us a little bit. I think we strayed away from what we wanted to do and the focus became more on, 'Defend them. What are they doing? What can we do to stop them?,'" said Bruins senior Sarah Ashley. "I think in those last two sets we really just focused on our side of the net and what we needed to do to get the job done."

Following the battle in the second set, the Bruins came out firing and Helena High was unable to answer.

The Bruins and Bengals battled through a tough third set, but a combined total of 37 kills for the match by Sarah Ashley and Paige Bartsch proved to be deadly as the Bruins knocked off the Bengals in the third set, 25-23, and ran away with the fourth set, 25-13.

Helena Capital's Audrey Hofer led the match in assists with 44 of the team's 50.

"Crosstown in special. We wanted that for our team, but for our seniors. It's their last chance to play at Helena High and they all contributed greatly to our victory," said Helena Capital head coach Rebecca Cleveland.