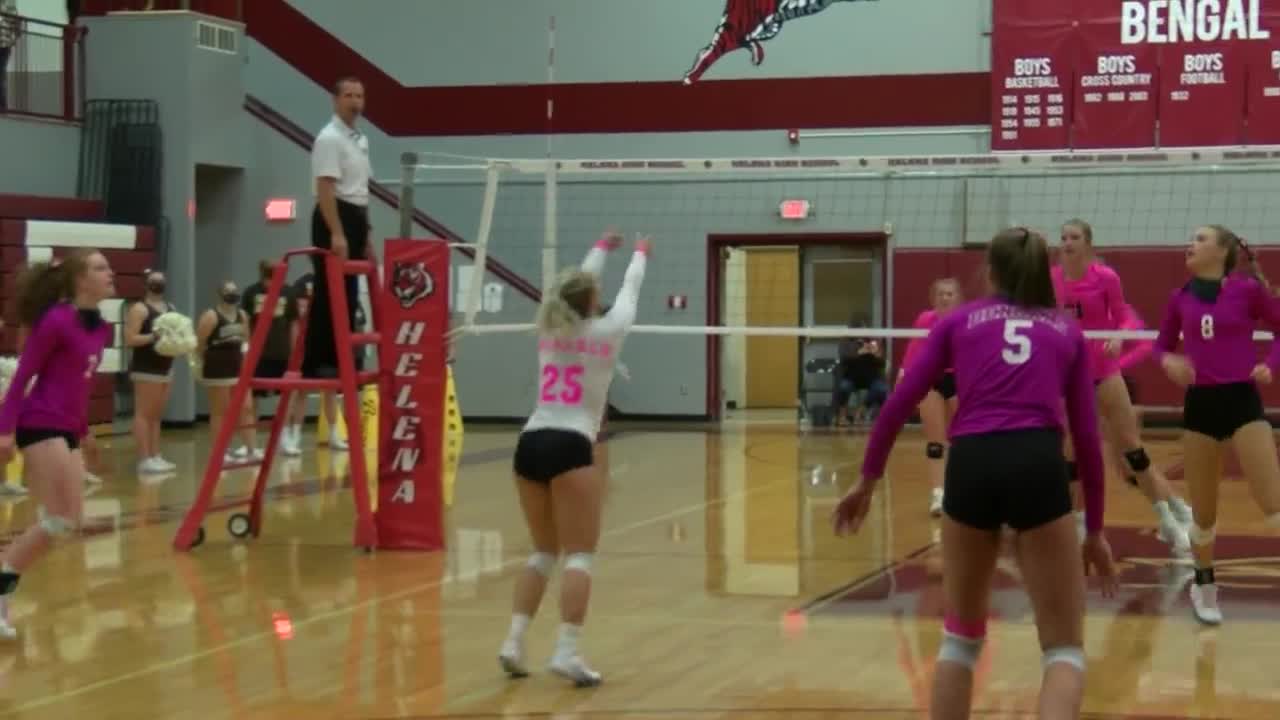 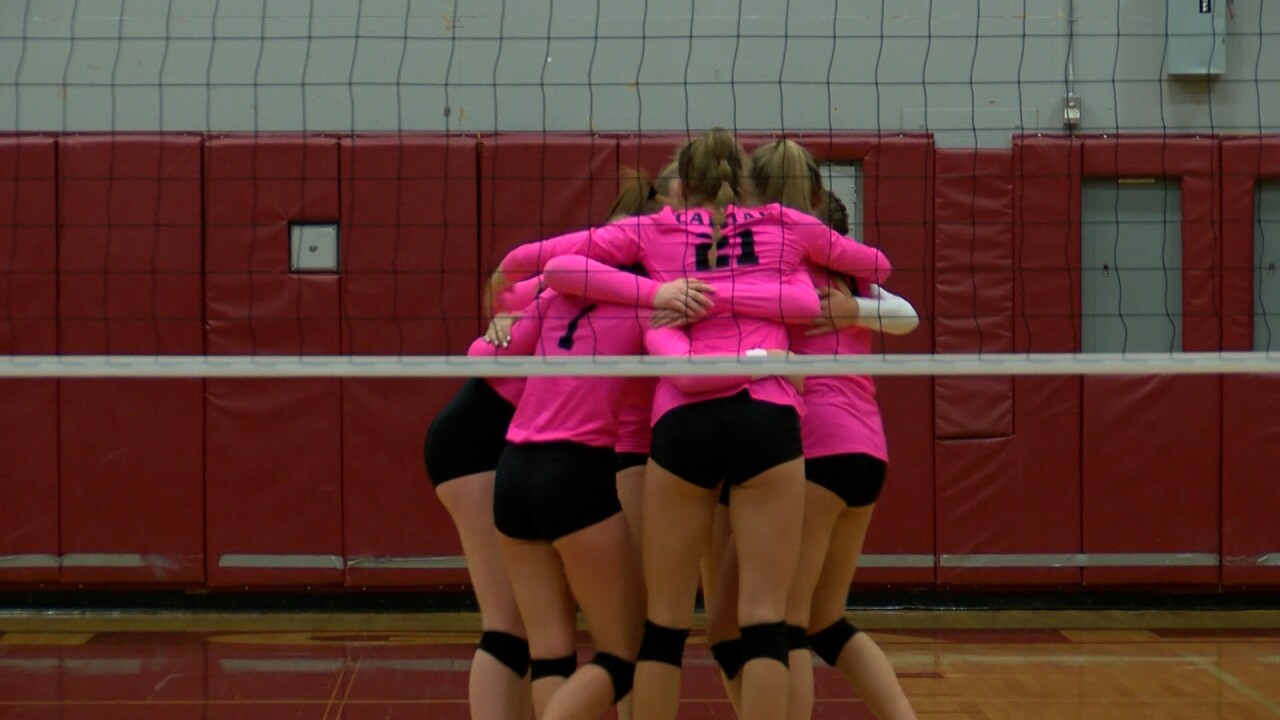 HELENA -- It was looking grim for Helena Capital's 63-game winning streak midway through their Western AA volleyball match with Helena High, but somehow the Bruins were able to march their way back from a 2-1 deficit to beat their crosstown rivals in five sets and maintain their streak.

Though the Bruins found themselves in unfamiliar territory being down 2-1, Bruins head coach Rebecca Cleveland said her team felt confident they'd come out with a victory.

"I can't read the minds of each athlete, but I can definitely see their eyes and their expression, and there were definite looks of trust in each other, so I mean, that kind of led me to feel like we had it, we'd have to work for it, but that it was going to be ours," said Cleveland

The first set was a solid showing from the Bruins as they maintained the hot hand for most of the set, eventually winning it 25-16. However, the Helena High Bengals refused to go down without a fight, narrowly winning the next two sets, 25-23 and 25-22, on a Paige Bartsch error and an ace by Aubrie Christman.

"I was really proud of (sets) one, two and three, I thought the girls played with lots of grit and heart," said Bengals head coach Lindsey Day. "They played smart and scrappy, and they did all the things that we'd been practicing all week, and then just through sets four and five, things kind of just fell apart."

The Bruins' win streak wasn't built without a bit of grit, as they were able to regain their composure early on in the fourth set to knot up the match on a thunderous kill by Bartsch to make it 25-19. The fifth set was all Capital as the Bengals were unable to tap into the momentum they built up earlier in the match, and the Bruins rolled into their 64th straight victory after winning the fifth set, 15-4.

"They were spreading out their offense a little bit more than they did the first time we played them, and we anticipated seeing a different team. They definitely made us work for it," said Cleveland. "The way we finished the fifth set was the way we really want to play. When your back's against the wall, and you just dig deep and you play well together, that speaks to our chemistry, to our trust in each other and the aggressive nature, which we played. We lost a little bit of that in the second and third sets, just forgetting to swing aggressive and taking those risks."

The Bruins will look to tie the record for consecutive wins by a Class AA volleyball program when they host the Kalispell Flathead Bravettes on Friday at 12:30 p.m.

The Helena High Bengals will try to refocus and get back into the win column when they host Kalispell Flathead, also on Friday, at 4 p.m.