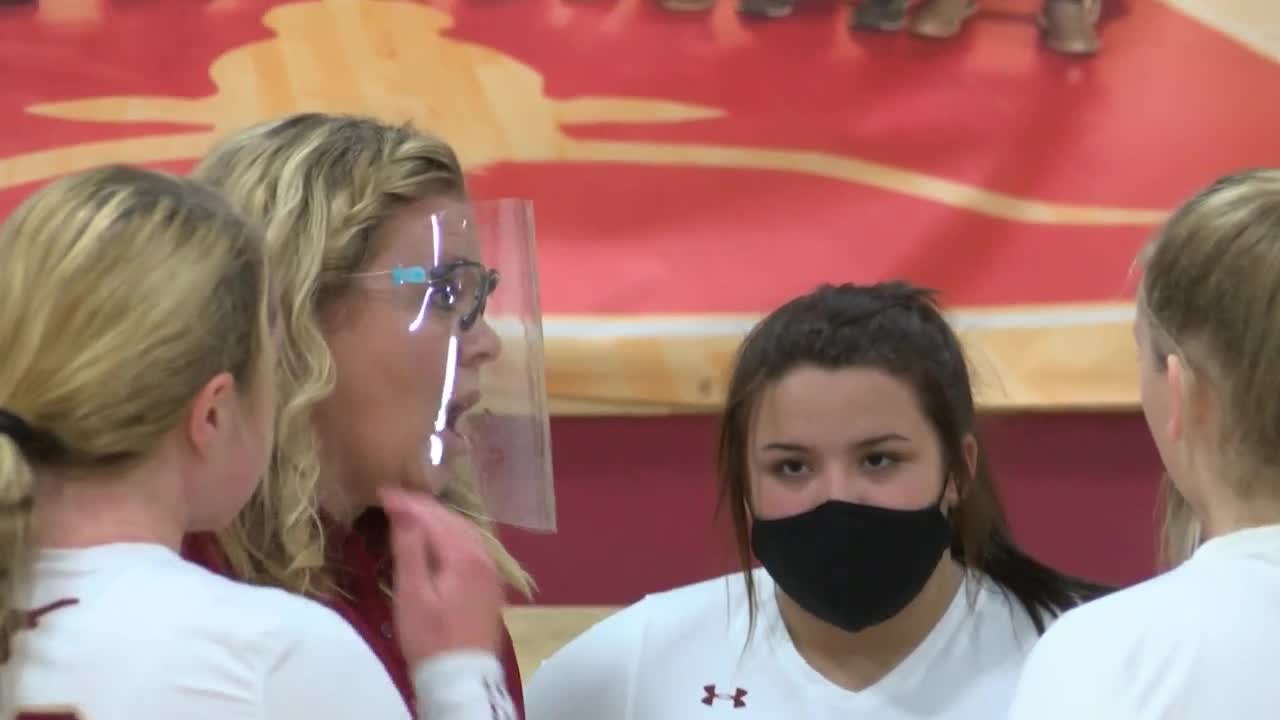 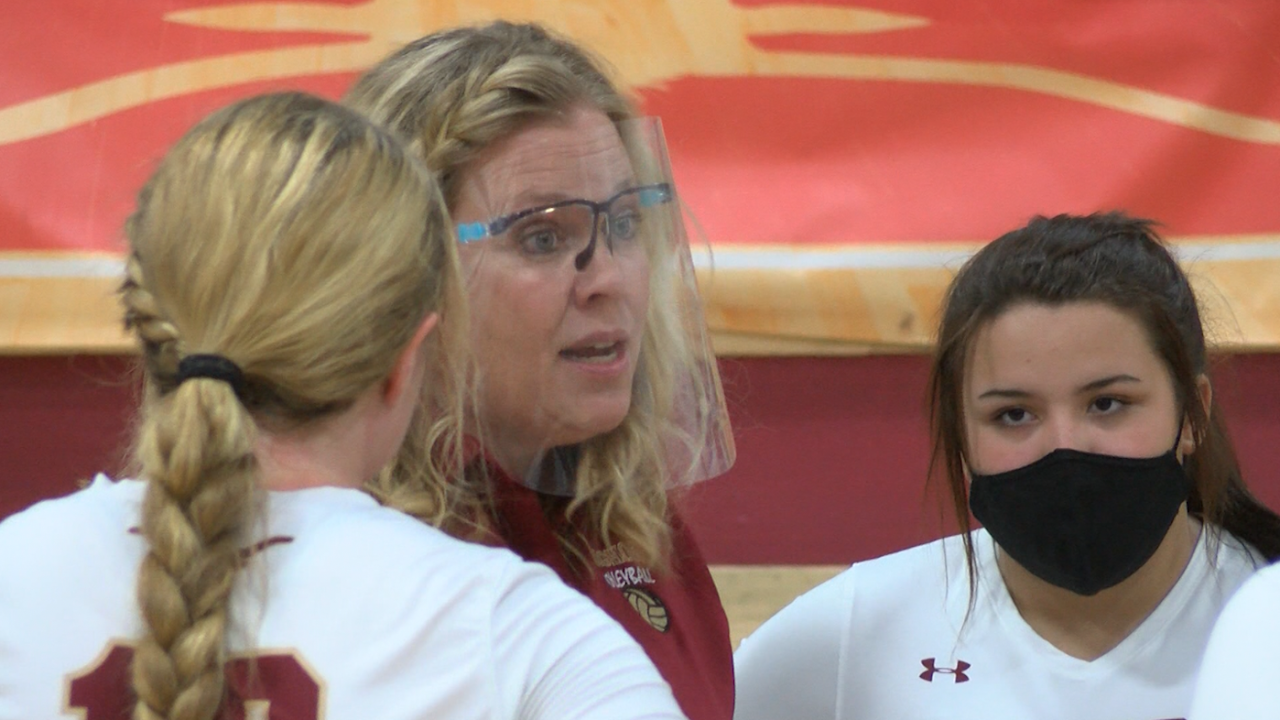 FORT BENTON — It wasn't the result Fort Benton wanted on Wednesday night: A non-conference volleyball loss to unbeaten Manhattan Christian in four sets. But the Longhorns are looking on the bright side.

For starters, it was just their first loss of the season, and it was to the defending Class C state champions.

"We haven't had a match where we've had to play at that level at all all season. So it was great for us to see some great competition," Fort Benton head coach Shana Diekhans said. "And I was really proud of the girls. I thought we handled it quite well. Obviously, it didn't go the way we wanted, but I think we can learn from it."

It wasn’t a matchup typically seen in Class C. It was near the end of the regular season, the schools are roughly three-and-a-half driving hours apart, and they're not even in the same division. But since both teams had dropped games earlier in the year due to coronavirus, they each figured, why not?

"(Manhattan Christian) is always at state, they're always competing at state," Fort Benton senior Aspen Giese said. "So to play a team that has that big of a (presence) is just so important for us. And it really helps us know that we can go to state and we can compete if we get there."

Fort Benton will host the winner’s bracket of the District 7C tournament, and it will also host the Northern C divisional tournament. So with the atmosphere of their home gym, the Longhorns are considering the Manhattan Christian game a postseason precursor.

"I just remember coach telling us, 'This game technically doesn't count for anything. It's just non-conference,'" fellow senior Abby Clark said. "But I think we definitely went into this game feeling like, 'Oh, this is postseason.' I mean, it definitely felt that way. So I think we treated it that way. And that might be partially why we kind of got in our heads a lot, but in the end, it's going to help us get better."

The District 7C tournament will start the final week of October.