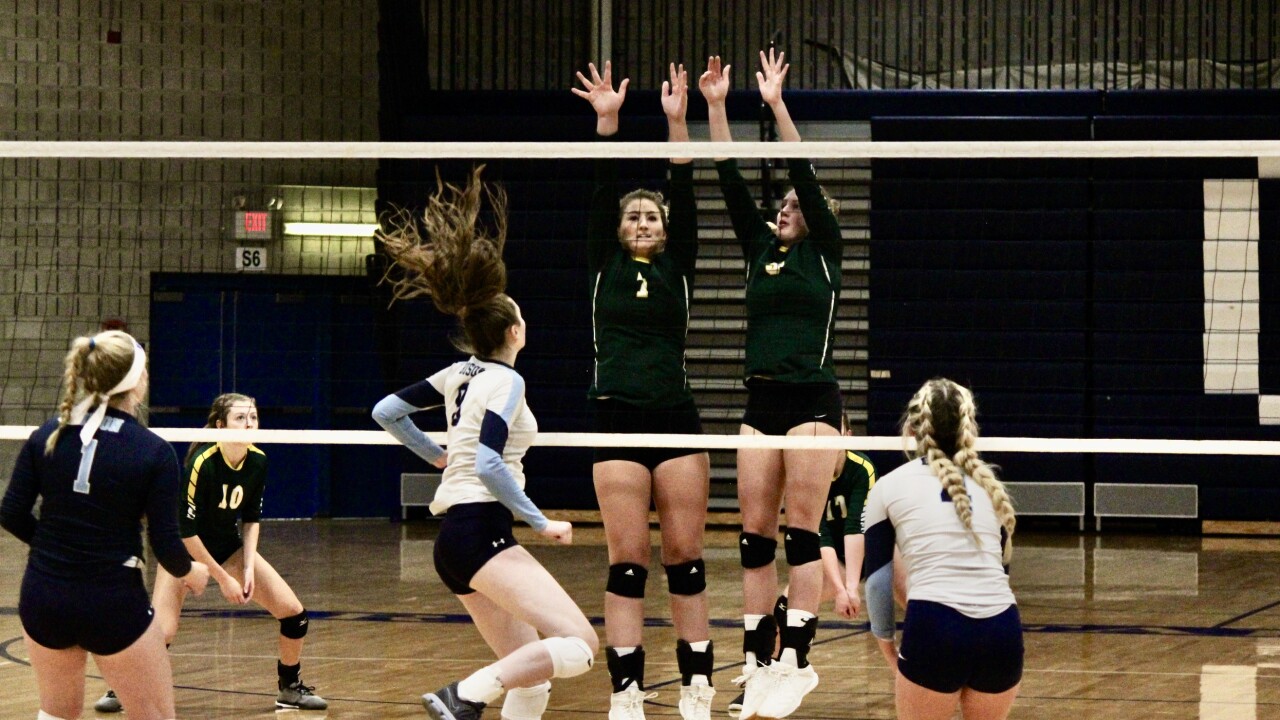 First, it was rescheduled from an earlier date after the Bison season came to a halt with a positive case of COVID-19 on the team.

Second, instead of a raucous student section, the crowd consisted of a handful of friends and family due to COVID-19 protocols.

Third, there was a 15-minute delay in the second set after a fire alarm forced the game to stop while administrators evacuated the gym.

“It was interesting, but it was fun to go outside I guess,” said CMR senior Anna Broquist. “We didn’t really talk about anything, but we just waited.”

The Rustlers led 23-9 in the second set when the alarm sounded, and everyone in attendance threw on their mask and walked outside. When play resumed, there was no momentum swing. CMR calmly scored two points to take the set and go up 2-0 in the match.

The Rustlers (8-0) led wire to wire in the third set to seal the sweep and stay perfect on the season. CMR has now won 24 of 26 sets it has played this season. The Bison fall to 1-3 overall.

Even though the gym was less packed than a normal crosstown clash, it still had a crosstown atmosphere to the players and fans.

“It’s still louder than most of our games now, so it was a lot more fun (Tuesday) than it usually is,” Broquist said. “There was a lot more energy in the gym.”

Great Falls High will now head to Billings Senior for a weekend match against the Broncs, while CMR has an open weekend after Belgrade was forced to cancel Saturday’s match due to COVID-19 concerns at the school.