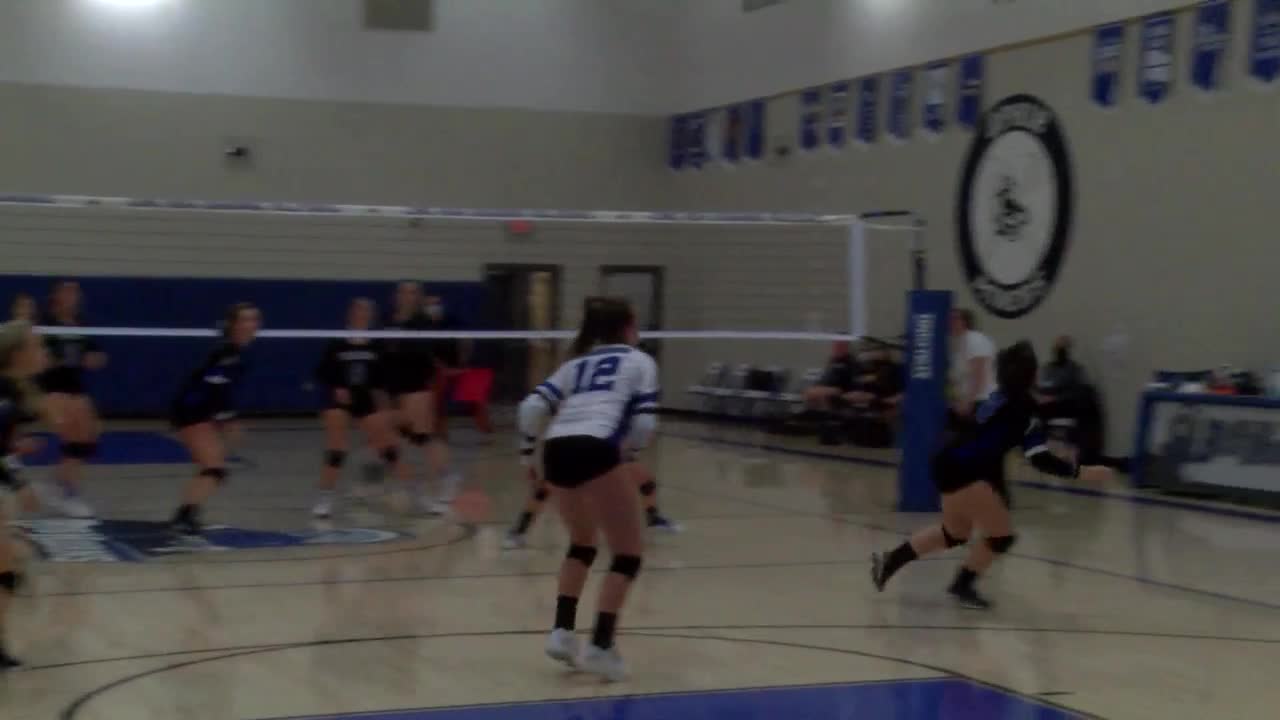 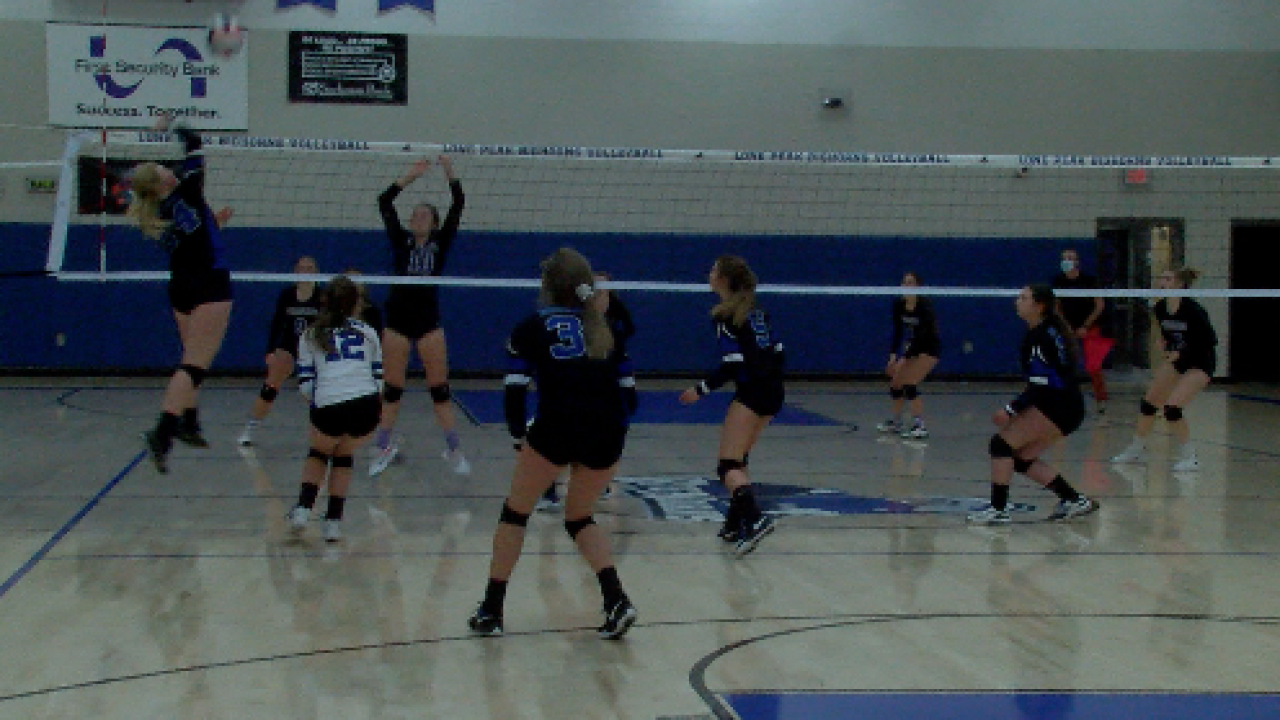 Playoff volleyball has begun and on Thursday night at Manhattan Christian High School, the No.1 seed and undefeated Eagles were taking on Twin Bridges who were looking to get the upset in the District 12C quarterfinal match-up.

The Falcons jumped out to 4-0 lead, but it was all Eagles after that in the first set. MCHS star junior Kiersten Van Kirk capped it off with spike and the Eagles won Set 1 25-18.

In the second set, Manhattan Christian ran away with it from the beginning, and to finish it off, junior Natalie Walhof was set up for a spike and the Falcons couldn’t manage to wrangle it in. The Eagles took the set 25-12.

In the third set, the Eagles were rolling and on match point, up 24-10, Van Kirk had a nice set up once again and she spiked it down with authority. She finished the night with 10 kills. Manhattan Christian sweeps Twin Bridges (25-18, 25-12, 25-10) and are moving on to the next round.

After a bye on Tuesday for No. 2 Lone Peak girls volleyball, the Big Horns hosted Harrison-Willow Creek in the District 12C quarterfinals. The Wildcats came into Thursday night with a lot of momentum after a big first-round win earlier this week, but the extra few days of practice for the Big Horns made Lone Peak unstoppable.

It was a back and forth battle in Set 1 with each team going point-for-point. Holding onto a two-point lead, Lone Peak only needed to side out for the win. The Big Horns' Ivy Hicks set it outside to Reilly Germain for the game-winner, walking away with Set 1 25-22.

Lone Peak built a large lead in Set 2, but the Wildcats clawed their way back into games reach. Down by 4, Wildcats' Aleena Bacon looked like she was going to set the ball outside to one of her teammates but saw that Lone Peak had crashed the net. She set it over the net to the back corner for a point, cutting the lead to three 21-18.

With a sweep on the horizon, Lone Peak ran away with it in Set 3. On the final point of the night, Ivy Hicks set it outside to Hannah Dreibach for the kill, one of many on the night. The Wildcats were able to get a hand on it, but couldn't save it. The Big Horns won by 13 in Set 3, advancing to the District 12C semifinals.