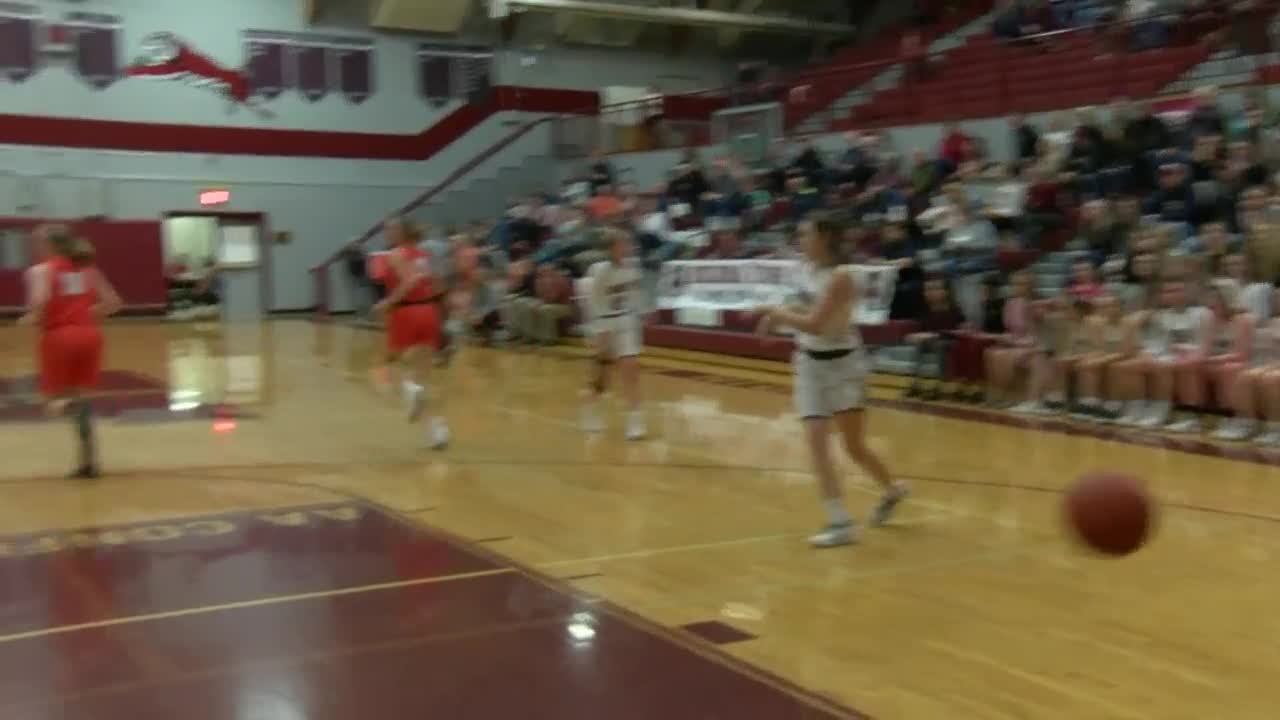 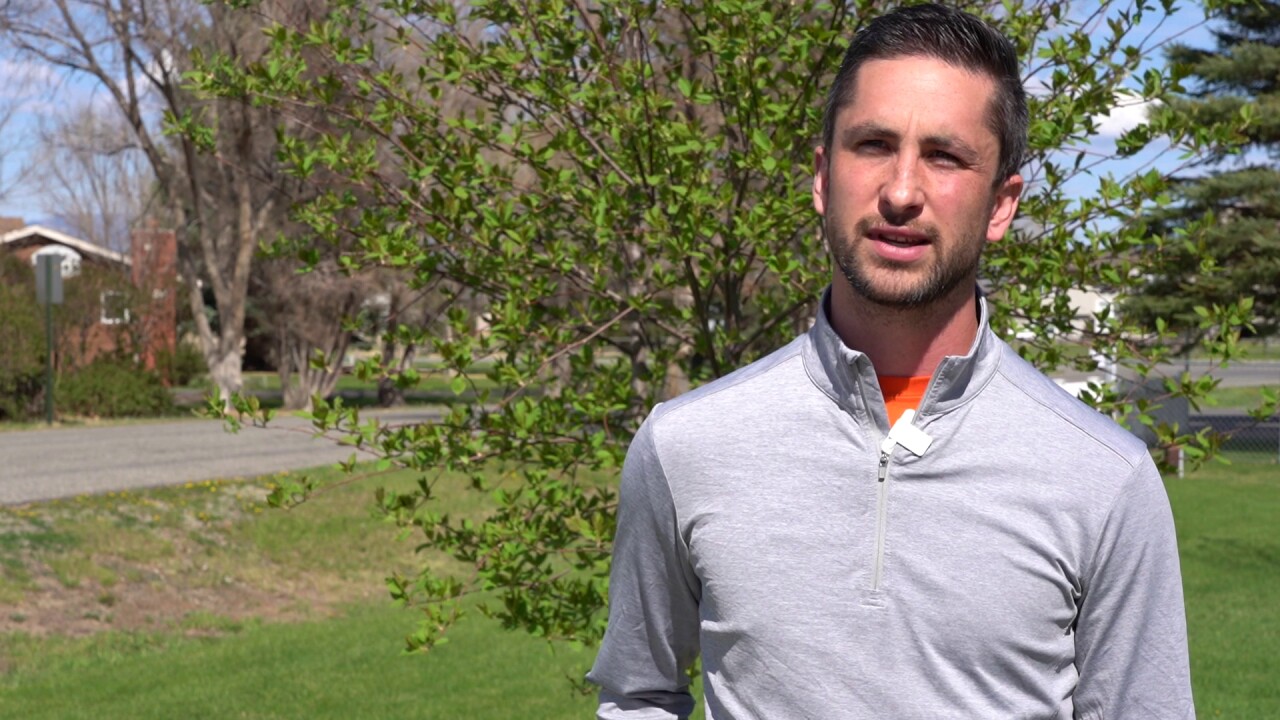 HELENA — Ben Dudek has an itch unlike any he’s ever had. Problem is, he can’t currently scratch it.

“In terms of itching to get on the court, I mean, my back is itching quite a bit and I need to (scratch) it,” he said.

It’s both an exciting and challenging time for Dudek, who on Tuesday was named the new girls basketball coach at Helena High School, replacing Eric Peterson, who stepped down last month after seven seasons.

COVID-19 restrictions have hindered Dudek from meeting his players or stepping on the court, but not even the current constraints can keep the Rochester, New York native from smiling.

“Getting a phone call like that for something that I’ve been pursuing for 11 years, it really was an exciting phone call to get and a great opportunity to have,” Dudek said of the call Tuesday morning that notified him he won the job. “My wife and family out of state have been so supportive of me, so to get that phone call was a huge relief, but also extreme excitement to get back onto the court and work with kids in the realm of basketball. That’s really a passion of my life, it’s what I did full-time for six years before we moved here to Helena. To be able to have that opportunity again is just incredible.”

Dudek’s hoops experience is extensive. He played his high school ball at Churchville-Chili outside Rochester, then spent his freshman college season playing for Clarkson University in Potsdam, New York, earning a team player of the week honor along the way.

He finished his collegiate years at Messiah College in Pennsylvania, earning a degree in sports management, immediately nabbing a job with Advanced Hoops, a “professional youth basketball training organization that trained kids from 5 all the way to 12th grade.” The organization built a powerhouse AAU (Amateur Athletic Union) program, where Dudek coached a pair of teams.

“A lot of those players ended up going on to play college basketball,” he said.

Dudek’s focus was as a specialized shooting instructor, where he fine-tuned athletes’ form, helping many to post-high school careers.

“The specifics — balance, follow-through, all those things that you hear consistently, elbow in, high arc and a lot of repetition for practice,” Dudek said. “That’s a lot of fun, too, just watching kids take that skill and apply that, not only in a game-speed drill, but then when you work with those kids and see them successful in their high school programs, it was such a great thing. ‘Man, that kid put in so much work and I was able to do a little bit to help them get to where they wanted to be.’ It’s a really exciting thing as a coach.”

Dudek and his family have been in Helena for the past five years, where he has worked at C.R. Anderson Middle School for the last two. An admitted hoops junkie, Dudek quickly familiarized himself with the local basketball scene at Helena High and Helena Capital.

“No. 1, the most impressive thing that I have seen in going to Helena High games is the culture that has been built there, from coach Peterson all the way down. It’s been so impressive to watch a group of players that, no matter what the game situation is, they’re excited and they’re engaged in the game. The whole bench, everyone on the floor is,” Dudek said of the three-time state champion Bengals. “That’s something I immediately got drawn to, and I would come home and talk to my wife about it and say, ‘Man, they really compete. They’re a family and they work together, they’re such a culture.' This was even before coach Peterson had stepped down."

“I’m excited to step into that and continue that culture of excellence, both on and off the court," he continued. "It’s not just about basketball. All youth need guidance, right? To build that family atmosphere, to build those relationships, I think it’s the building block of winning or losing. I don’t like to call it success because success is so much more than winning or losing.”

Dudek plans to bring a “fast-paced offense” to the Bengals that should appear familiar to college basketball fans.

“I follow a lot of the guidelines and things done by (North Carolina men’s basketball coach) Roy Williams offensively — a secondary-break type of atmosphere where we’re getting up the floor quickly, looking for easy options, and after that we have a free offense where players are moving without the ball,” he said.

Though this season will be his first as an official coach in Montana, Dudek has already made an impression on local athletes. When the news of his hiring was announced on Tuesday, former Helena Capital and current Montana Western basketball player Sydney Sheridan took to Twitter: “Talk about someone who knows the game of basketball. Bengals got a really good one,” she said.

Talk about somone who knows the game of basketball. Bengals got a REALLY good one. https://t.co/ufFxEFrxko

“Sydney and the Sheridan family, that’s a family I’ve been fortunate enough to work with over the past couple years, helping those girls train,” explained Dudek. “I’ve been able to build a relationship, not only with the girls, but also their parents, as well, because they’re teachers at C.R. Anderson, so we’re all colleagues. That’s the thing about coaching, it’s such a great process to go through. You’re working with student-athletes, but you’re getting to know who they are as a sister, who they are as a daughter. You get to know their parents. That’s such a great process to go through with people.”

“I was fortunate enough to see that (tweet) as well, and I would be lying if I said it didn’t bring a smile to my face, because I do love when that connection is made, there’s something deeper there than just basketball,” he continued.

Impressing even the local rivals is a solid way to start your coaching career, but Dudek can’t wait to officially hit the ground running with his new team.

“I told them I look forward to FaceTiming, or we have Microsoft Teams in our district, so setting up some type of meeting there where I can get to know them as players, get to know their goals are, not only as individuals, but also as a team. And then they can ask me some questions and get to know me a little bit,” he said. “I think that in this odd time when we’re not able to see kids, work with kids, we can still connect with them. I think that’s the building block of any program, right?

“As long as we can connect with them, which we can, then the process can start. But getting onto the court? I can’t wait for the day that I can get on the court and start the process with the team.”

The longer it takes to scratch that itch, the more motivated he’s likely to be.