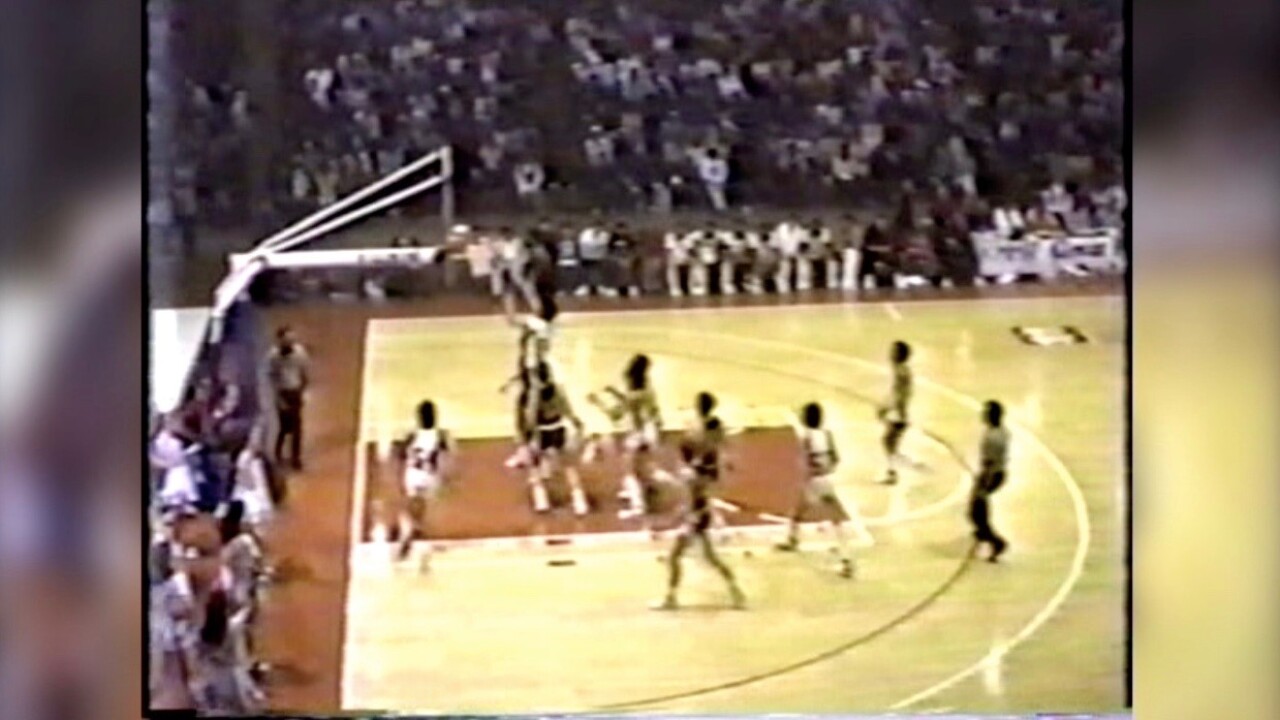 (Editor's note: While we're faced with a sports-less world during the coronavirus pandemic, MTN Sports is going to re-publish the original stories from the #MTTop50, which launched in 2016 to profile some of the great boys basketball players in Montana history. Our intention is not to revise history, so we're not going to change the order in which the players were featured. However, some articles will include updates to reflect the latest developments in a player's career. This story was originally published on July 6, 2016.)

Dreikosen, who has gone on to have a long career coaching the Rocky Mountain College men’s basketball team, kicked off MTN Sports’ look back at some of the best players from the ‘80s.

Similar to that Hinsdale-Geraldine matchup in 1988, Class B featured a highly anticipated state semifinal game between two powerhouses the previous year. Browning and Plains, both boasting undefeated records, met in the 1987 tournament. Multiple players from that game will be highlighted in the #MTTop50, but we start with a player whose life ended too soon: Browning legend Gary CrossGuns.

CrossGuns, a 6-foot-3 guard, was known for his length, athleticism, quickness and relentless attacking style. Playing within Browning’s pressure defense, he disrupted both ball-handlers and passers to help the Indians employ their favored breakneck pace. On the offensive end, CrossGuns was a dynamic finisher around the rim – fans even tell stories of CrossGuns bouncing the ball off his head to set up alley-oop dunks to himself during warm-ups. He paired with Ron Juneau to create a formidable tandem, helping Browning to an undefeated record entering the 1987 Class B state tournament. The Indians saw their season end in the semifinals, though, losing an overtime thriller to Plains. An all-state player in high school, CrossGuns was set to play basketball at Haskell Indian Junior College in Kansas. However, he died in a car wreck shortly after his high school graduation.

Former Plains star Bill Pilgeram: “I remember a long, athletic guy that just kept coming at you every single play. Browning was press, press, press and full-court and fast. He was kind of the leader of all that. He just never got tired, never stopped and just kept coming.”

Former Corvallis star Shawn Wetzel: “Of all the guys I ever played against, Gary had the quickest hands of any kid I dealt with. I still lit him up for 20 points, but it was the hardest 20 I ever had. His hands were like machine guns; they were always moving. He just had that kind of quickness. … He just created a lot of his offense with defense. He frustrated the hell out of guys. You couldn’t close your eyes or blink for a second or he was going the other way.”