#FinnleyStrong: “My dad is my superhero” 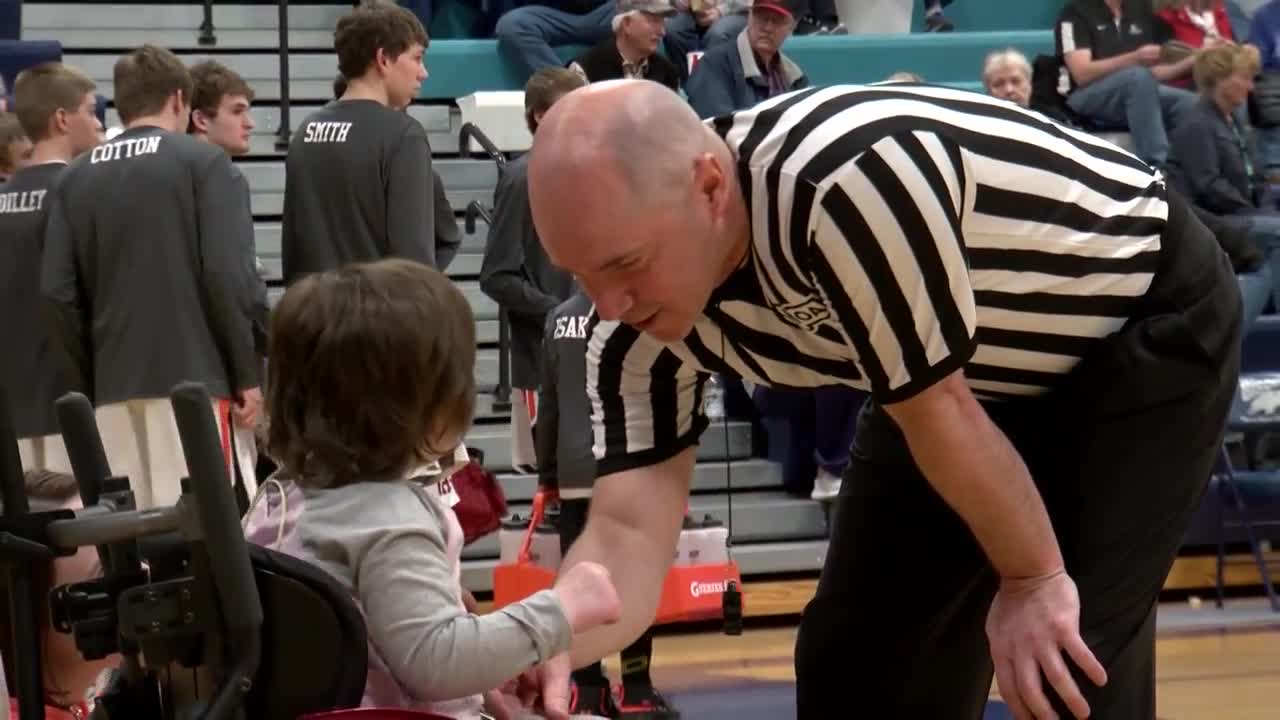 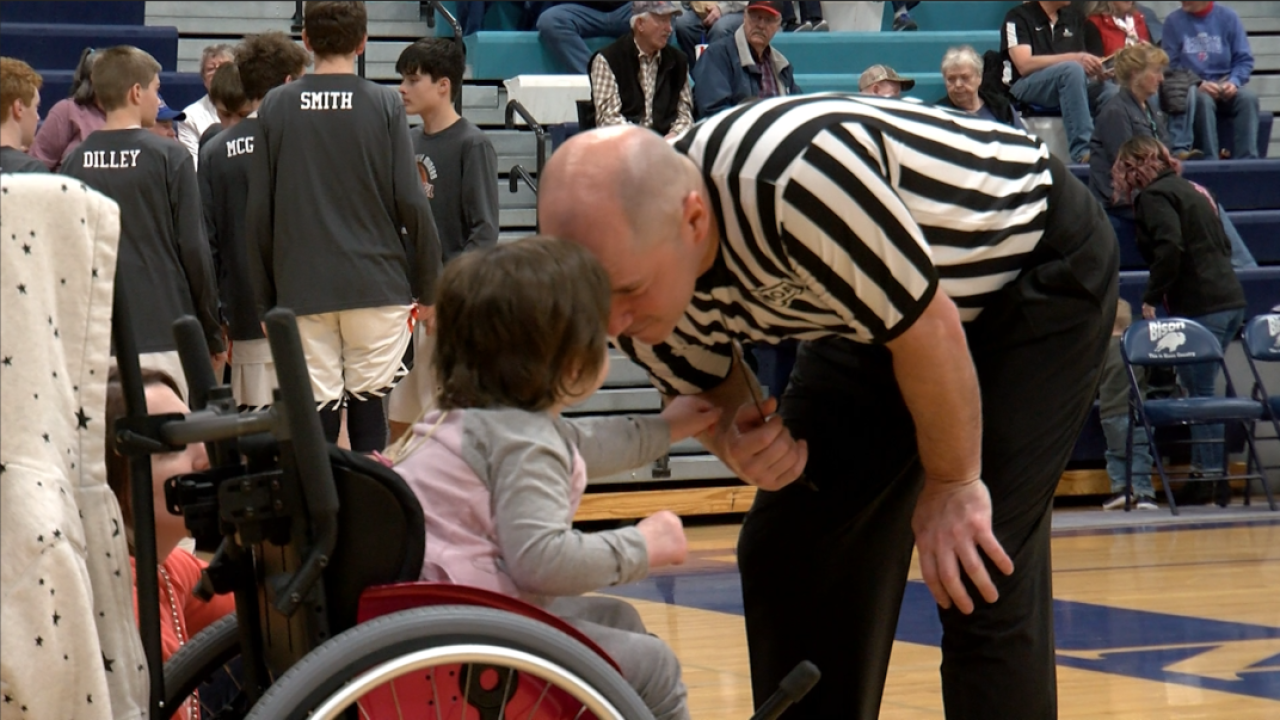 (Editor's Note: Please click here to follow the "Prayers for Finnley Grace" Facebook page for updates on Finnley's condition and health journey, including a recent update on Finnley's most recent progress from her mother Katie Whitmore.)

The highly regarded longtime high school basketball official is one of several referees working the District 8C tournament in Great Falls this weekend. But during a first-round game between Roy-Winifred and Winnett-Grass Range, his eyes drifted toward the sidelines.

A wheelchair rolled into the Swarthout gymnasium. And in that chair sat Pat’s 5-year-old daughter Finnley; with a smile on her face and her eyes trained on her dad.

She wore a shirt that read “My dad is my superhero”.

After three years of lengthy hospital stays, two total bone marrow transplants, illness, infections, complications and setbacks – this moment marked the first time since Finnley was a baby that she was able to see her dad work a game in person.

“It was really special to see her on the sideline,” Pat said while smiling. “We just got back from Seattle, and that’s when we found out Finnley was totally cleared. And that was the best line I ever heard from a doctor.”

Since Finnley was 6 months old, her life has been a constant cycle of infection, illness, hospitalization and recovery due to a severely compromised immune system. She’s had to avoid public places for fear she would contract another infection.

That all changed during her recent trip to Seattle Children’s Hospital for a one-year checkup following her second bone marrow transplant in January of 2019.

“We were told that she has no restrictions,” Pat said. “I immediately went, ‘What does that mean?’ And the doctor said she can do whatever. That was a joyful feeling.”

The news meant that Finnley and her family could finally work their way back to a sense of normalcy. She is finally able to learn how to be a kid and experience many of the things she’s missed out on in her five years of life.

“It’s huge. We can take her to restaurants now, basketball games, stores,” Pat said. “She lights up when she sees all this stuff and it’s totally new. And just to be around kids is really big.”

But Finnley also really likes being around her dad. Before the public restrictions were lifted, Finnley liked to wear a striped referee uniform at home and watch her dad work games on the NFHS Network steam. Now she’s watching him run up and down the sideline from the best seat in the house.

“She has a good time wearing her stripes,” Pat laughed. “She was going to wear them today, but she’s going to save them for championship night.”

When the buzzer sounded at the end of this particular contest, Pat made his way over to Finnley. They embraced and she immediately grabbed his whistle.

In a way, refereeing helped prepare Pat for the trials and tribulations that he would encounter along Finnley’s health journey. And the past few years have made them both stronger.

#FinnleyStrong is the message her family and supporters have used over the years to bring awareness and raise money to aid in her fight.

And it fits for both father and daughter.

“Refereeing taught me a lot of how to tune out the negative,” Pat said. “And Finnley taught me not to sweat the small things. When people are having a bad day just think of #FinnleyStrong and realize we got it pretty easy compared to her. #FinnleyStrong is everything.”