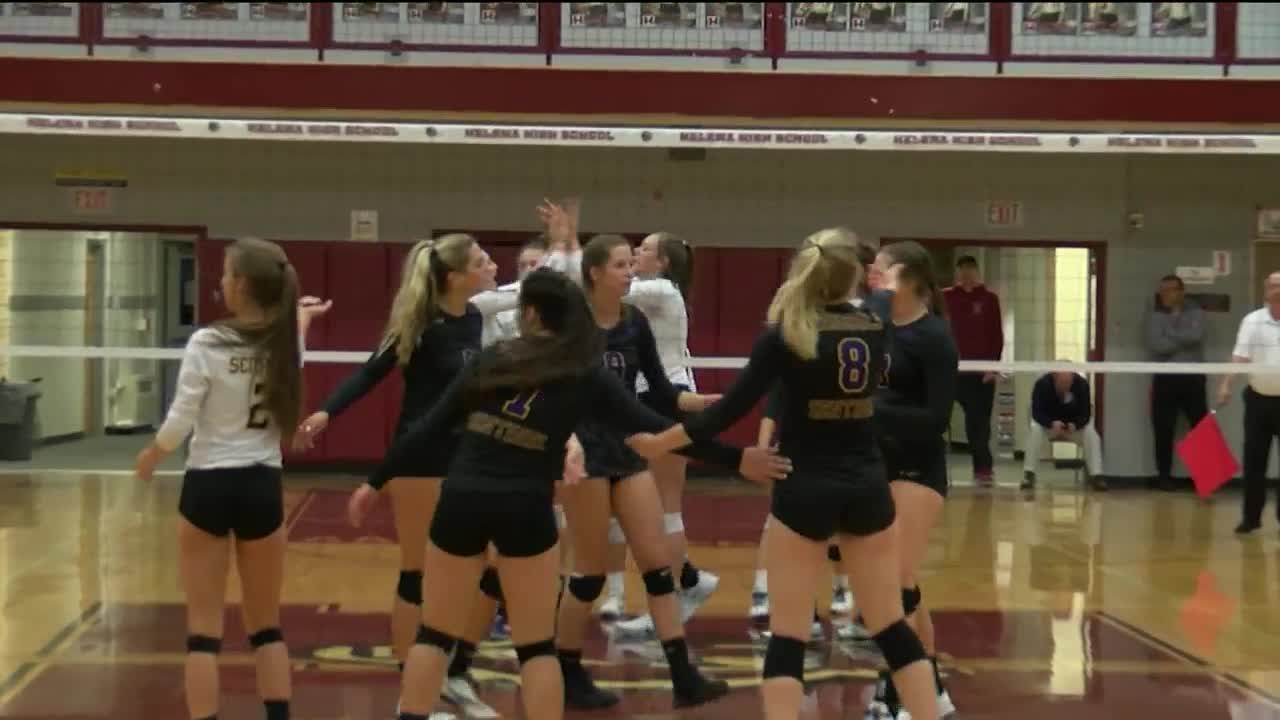 HELENA -- Ahead of the first crosstown volleyball match of the season, the Helena High Bengals hosted the Missoula Sentinel Spartans and nabbed a win in four sets.

The Spartans came into the first set firing and held the Bengals in check, but Helena didn't go down with out a fight. The Bengals rallied back and at one point held a 15-11 lead over the Spartans, but Sentinel slowly crept back into the sat to pick up the first set by a final score of 25-23.

Helena responded immediately in the second set, going up 9-2 and forcing a Sentinel timeout to regroup. The time off the court helped a little, but the Bengals refused to let up for nearly the entirety of the match picking up the win in set two by a score of 25-12, and the match in four sets.