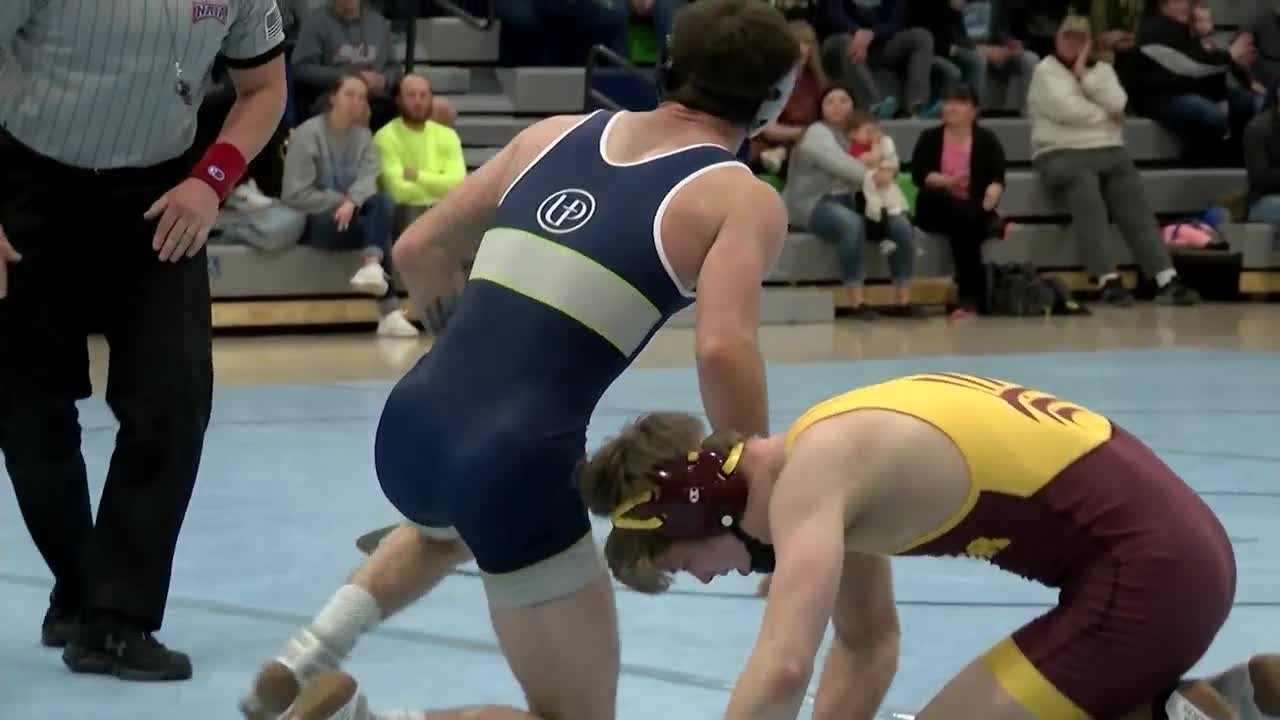 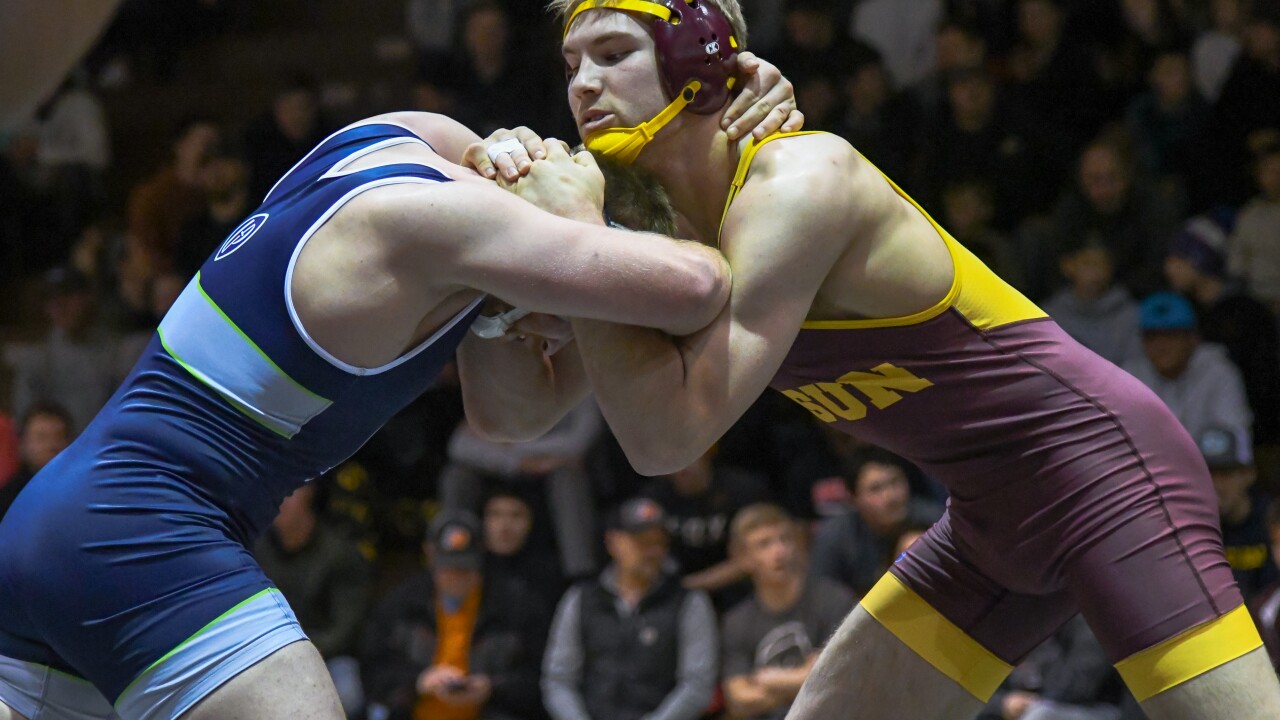 “Sleep on time, wake up on time. Routine," he said.

Wrestling at a championship level? That takes sacrifice.

“You need to cut out a lot of things in your life and friendships,” Schrull said.

Schrull is one of seven wrestlers from the University of Providence and three from Montana State-Northern who have all made sacrifices, put in the work, and fine-tuned their mindset and technique.

And this is the weekend at the NAIA national tournament in Kansas where the investments pay off.

For Northern, junior Isaac Bartel is likely the Lights' best hope for an individual national championship. Bartel is currently ranked No. 2 in the nation at 197 pounds. He finished third as a freshman and second as a sophomore, and the Iowa native hopes the third time is a charm.

“A championship has always been a goal for me,” Bartel said. “So, I’ve been getting better every day, working hard in the room and making yourself better spiritually, mentally, and physically every day.”

Nick Kunz is the No. 10 seed at 125 pounds and Chase Short will compete in the 174-pound bracket for the Lights.

The Providence contingent is seven strong and headlined by some Treasure State natives. Shonn Roberts was a three-time high school state champion at Columbia Falls, and an All-American as a freshman with UP. He’s currently ranked No. 2 in the nation at 149 pounds. He enters the tournament with process-oriented mindset.

“Just trust in your training, listen to the coaches, stay disciplined in everything we do, just continually getting better," Roberts said. "It’s hard to get better in these last few weeks. Just focusing every single day and acting like it’s another day in the season.”

Casey Dobson is the most-decorated and accomplished Argo at nationals. The 157-pound senior is a two-time All-American who finished third as a sophomore and fifth as a junior. He’s coming off a disappointing showing at the Cascade Collegiate Conference tournament where he failed to place. But he earned a wild card berth – and is using setbacks as motivation.

“If you get taken down, don’t worry about it, keep moving forward, get to your shots. You never know what can happen. Keep that pace,” Dobson said. “Just trying to get on top of the podium, that’s what I train for, that’s what everyone should train for. Have that belief that you can win it all."

The 63rd annual NAIA wrestling national championship is set for Friday and Saturday.