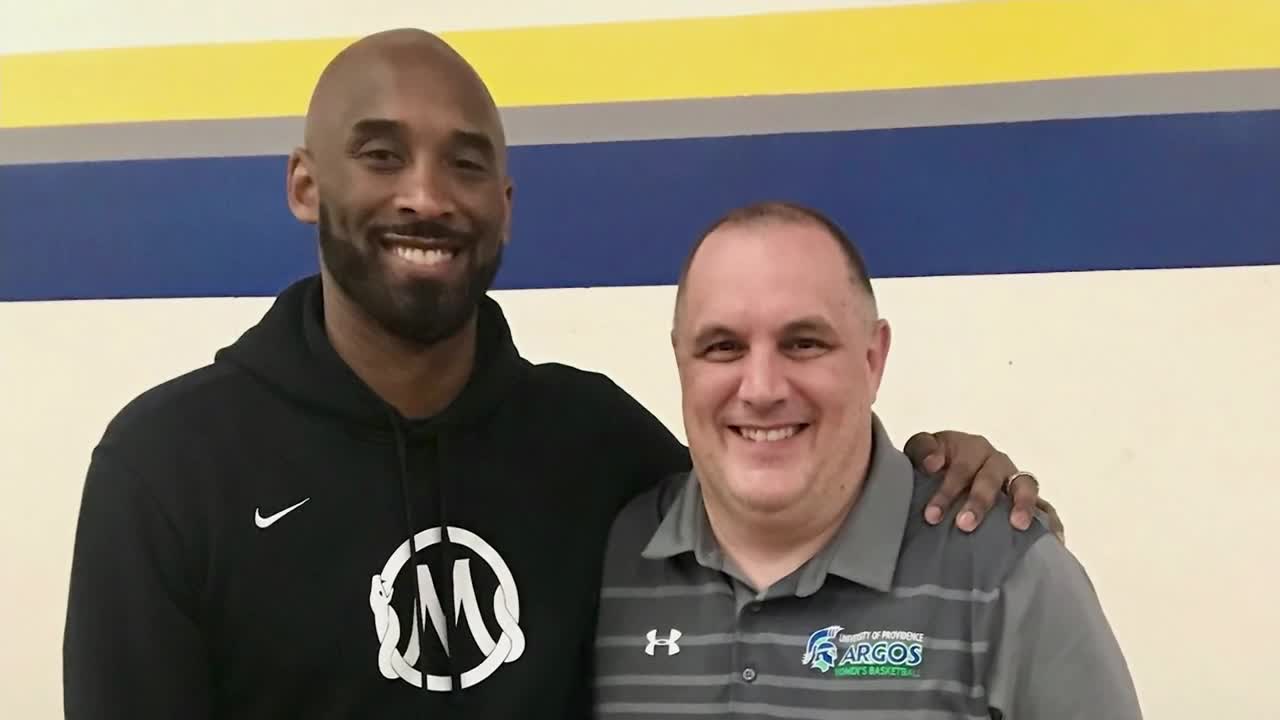 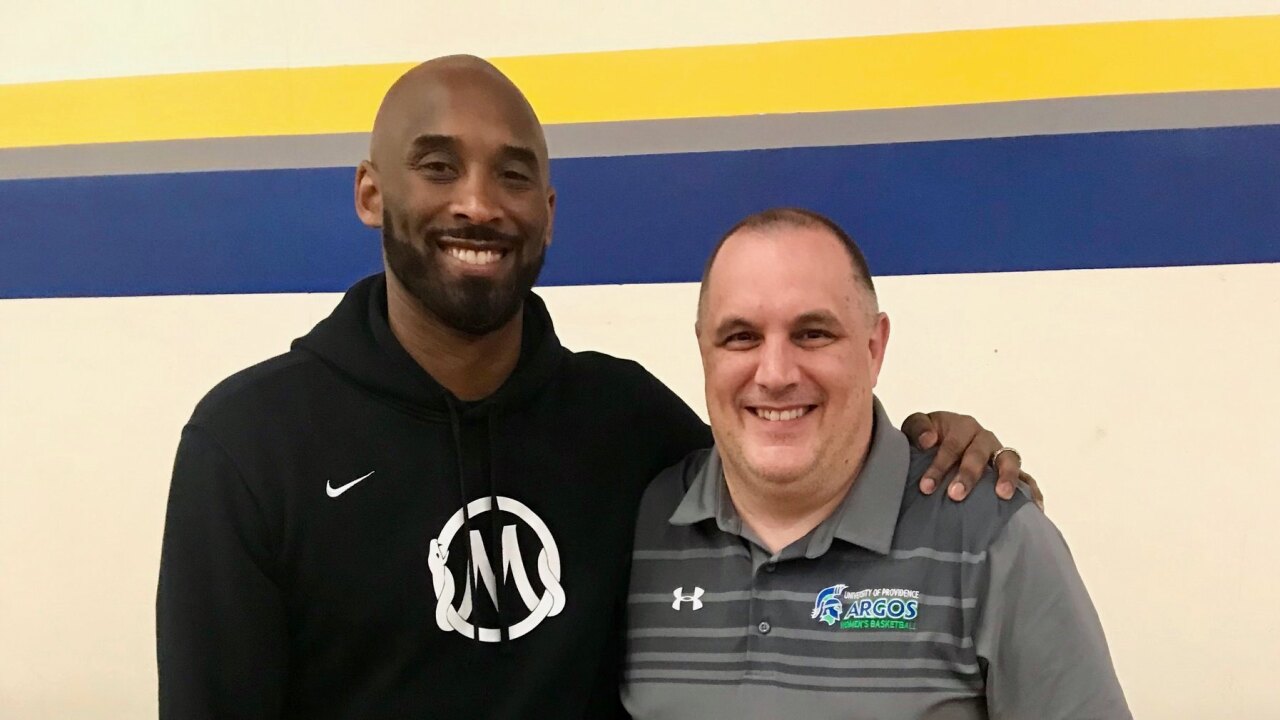 GREAT FALLS -- The sports world is still reeling after the tragic death of Kobe Bryant, his daughter and seven others on Sunday. His loss and impact were felt strongly by a Great Falls coach with a personal connection to the 18-time NBA all-star.

Providence women's basketball coach Bill Himmelberg had a chance to meet and learn from Kobe at a hoops clinic hosted by Vanguard University California back in May.

Himmelberg respected Kobe was a player but didn't consider himself a Kobe fan before meeting him.

That all changed in an instant. Himmelberg got a glimpse of what Kobe Bryant was like as a person - away from the fame, the bright lights and cameras.

“When we went to the gym and got to meet Kobe – he brought his sixth grade AAU team in with his daughter (Gianna), and we got to watch them practice,” recalled Himmelberg. “And when he walked into the gym, he was carrying all the balls and all the equipment for the girls like any coach.”

There were plenty of people around and a busy schedule ahead, but Himmelberg will never forget what Kobe did next.

“The first thing he did was put the equipment down, walk around the gym and shook everybody’s hand and spent a moment talking to everyone in the gym before he did anything else,” Himmelberg said. “That was really impressive, but then he spent time with each one of the coaches afterwards and asked if we needed anything and talked to us, and he was a really, really great guy and personable.”

Himmelberg and the other coaches in attendance watched Kobe lead his players through a practice, stopping periodically to discuss X’s and O’s with those around him.

Sunday’s news came as a shock to Himmelberg, who keeps a signed copy of Kobe’s book ‘The Mamba Mentality’ displayed prominently in his office. Though Bryant achieved NBA stardom and reached the highest heights of the game, he was still eager to share and try to help grow the game.

“He really cared a lot about the women’s game, he tried to help it advance and grow,” Himmelberg said. “He was an ambassador for the game and tried to grow it everywhere. The impact he had is going to be far reaching for a long time to come.”