No. 17 Carroll College downs No. 10 Providence to advance to Frontier Conference championship 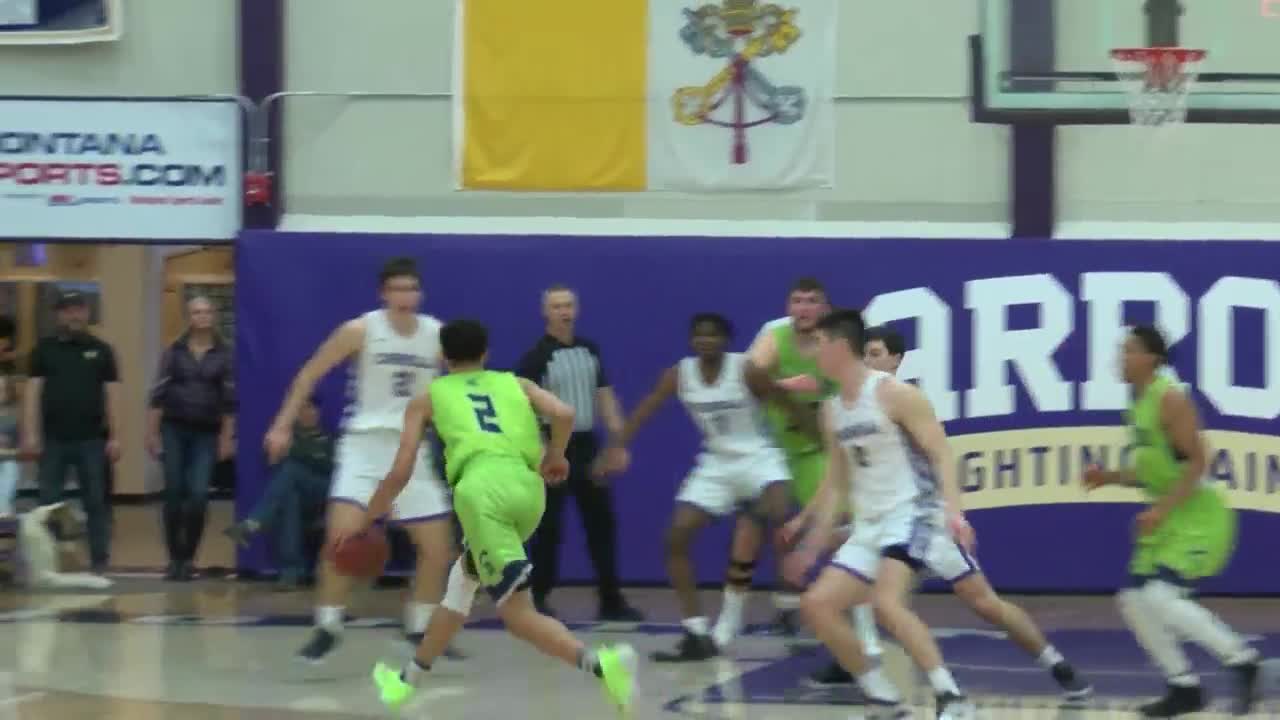 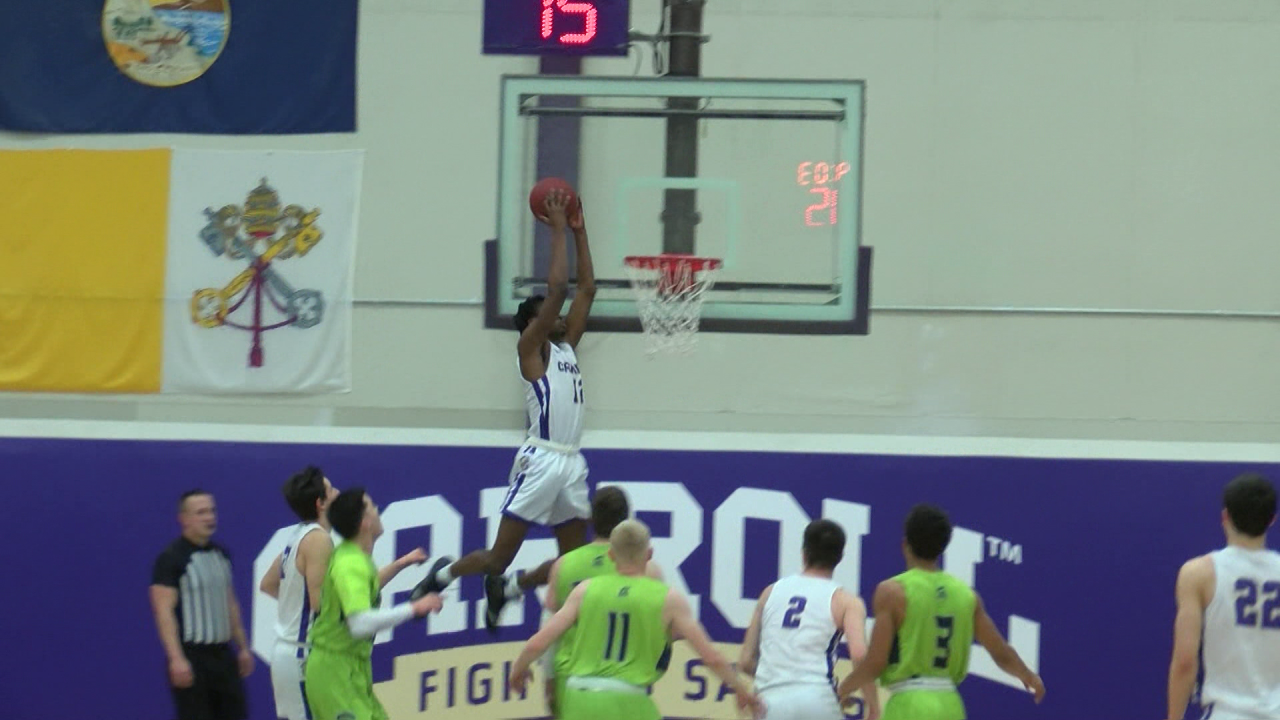 HELENA -- With less than seven seconds to go, the No. 10 Providence Argos inbounded the ball to Zaccheus Darko-Kelly with a chance to knot the game at 68 and send it to overtime. Darko-Kelly fired away from the corner, but the ball rattled off the iron and into the hands of Jovan Sljivancanin, sealing the Argos' fate and No.17 Carroll College's 69-65 victory in the semifinals of the Frontier Conference men's basketball playoffs.

From the opening tip, the Argos came out with a thunderous force and jumped out to 17-7 lead behind six points from Jaxen Hashley. The Fighting Saints battled back through the first half, and down 19-17, Shamrock Campbell floated one to Ifeyani Okeke for an alley-oop that put the P.E. Center on the Richter scale.

The Fighting Saints used that momentum to jump out to a 12-point lead before the Argos gnawed into the lead, cutting the deficit to 35-27 at the half.

Darko-Kelly recorded only three points in the first half, but he shook off the rust in the second half, accounting for five of the Argos' first seven points as they cut the lead to 37-34 with a little less than 18 minutes left in the game.

Both teams battled back and forth for the next seven minutes. With a few ticks more than 10 minutes left in the game Darko-Kelly stole the ball and passed to Jacob Wetzel, who sank a long 3-point shot to bring the Argos within one, 50-49. Carroll College took a timeout to regroup and proceeded to go on a 16-5 run across the next five minutes to put the game in its favor 66-56 with just five minutes left to go.

The Argos refused to go down without a fight.

Down by five points and time winding down, the Argos went to Wetzel once more, and he knocked down his final 3-pointer of the night to put the game at 67-65 with just 19 seconds on the clock.

The Argos tried to scrap together a comeback in the final seconds, but the Darko-Kelly miss and the Sljivancanin rebound were the nail in the coffin.

Campbell led the Fighting Saints with 17 points and four assists, and Dane Warp added 16 points and nine rebounds in his final game inside the P.E. Center. Hashley led the Argos with a double-double consisting of 14 points and 10 rebounds, while Darko-Kelly added 13 points and five assists.

The Fighting Saints will square off against the Lewis-Clark State Warriors in the Frontier Conference finale in Lewiston, Idaho on March 9 at 7 p.m. (MST).