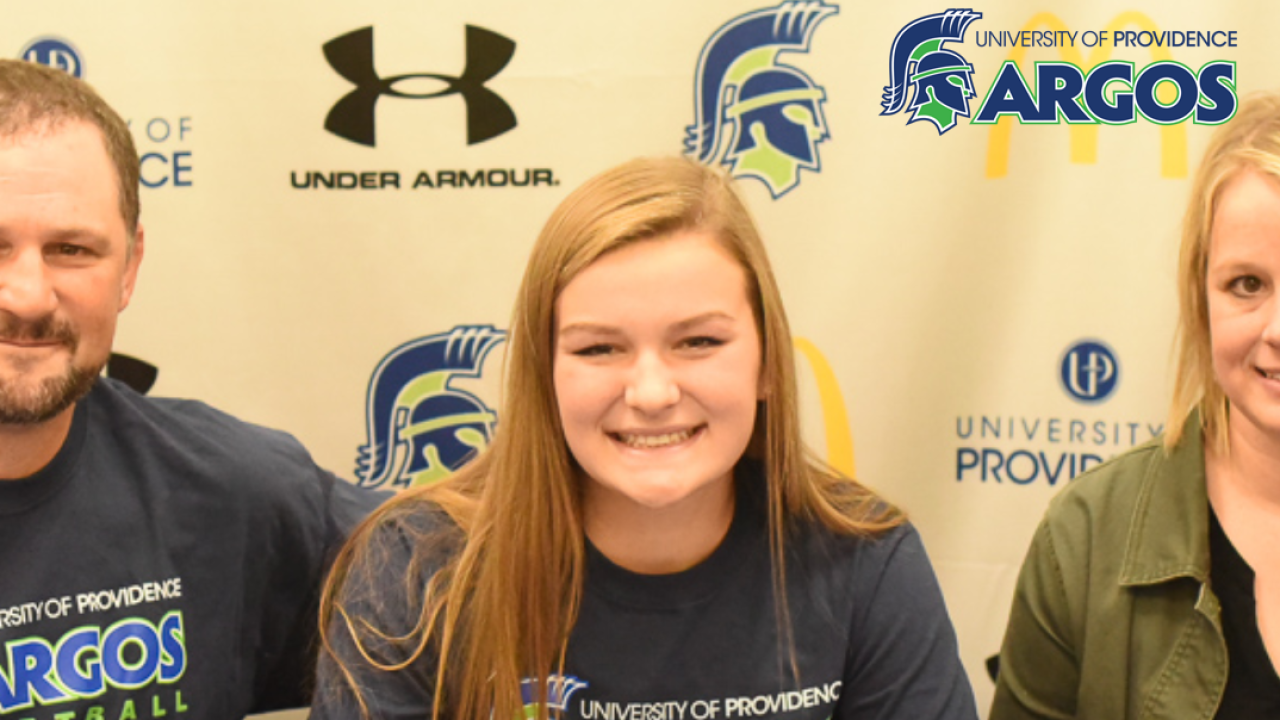 Mangold is a left-handed batter, who has played first base, middle infield and outfield if in her career.

She earned all-state honors in each of the past two years.

Mangold carried a batting average of .571 as a junior and an on-base percentage of .681. In the classroom she holds a 3.97 GPA.

Argo head coach Joey Egan is excited to have Mangold committed to playing for Providence in 2020.

“I’m thrilled that Macy will be in Great Falls next season,” Egan said. “She has attended camps here at Providence for 10 years. We really like what she brings to the field.”