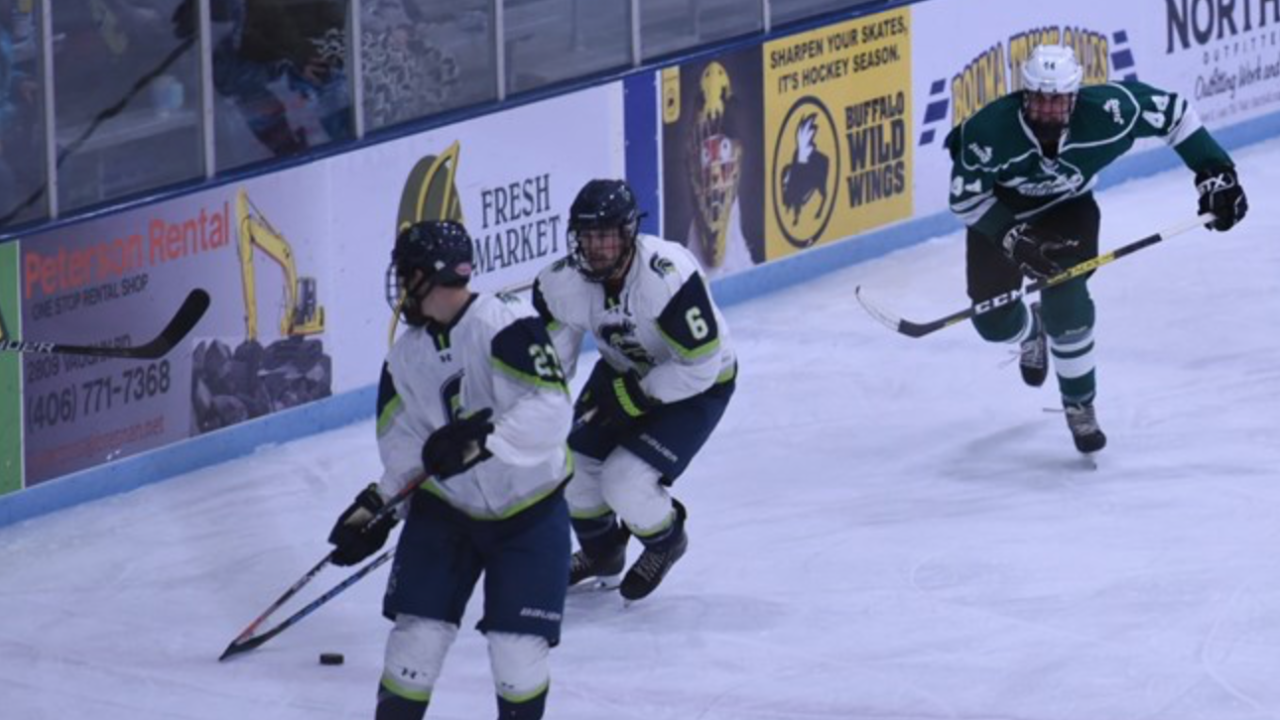 GREAT FALLS -– "We needed a big play to break it open and Kyler Mack came up with that play," said University of Providence head hockey coach Jeff Heimel, after picking up a victory over Dakota College-Bottineau Sunday afternoon in Argos men's hockey.

The match started out slow with neither team putting the puck in the net for the first 20 minutes. After the break, each team scored one goal. The first goal went to Dakota College's Logon Robinson in the first minute of the second period. Not to be shut out, Argos' Levi Anderson netted a goal with 6 minutes, 40 seconds to go in second period.

The third period saw more scoring when the Jacks took the 2-1 lead with seven minutes to go. It was only 1 minute and 25 seconds later when Argo Kyler Mack tied the score at 2-2.

"Everyone played hard today. We had guys step up, as we have some guys out. I was in the right spot at the right time and lucky enough to get the two goals," Mack said after the contest.

With time running out in the contest, looking like it was going to a sudden death shootout, Mack attacked again, scoring his second goal of the day with 56.9 seconds to go.

The Argos had a sweep for the weekend with a 2-1 victory Saturday and 3-2-win Sunday. The Argos men's hockey team will be on the road until Jan. 18, 2020 before returning home to battle MSU Bobcats.