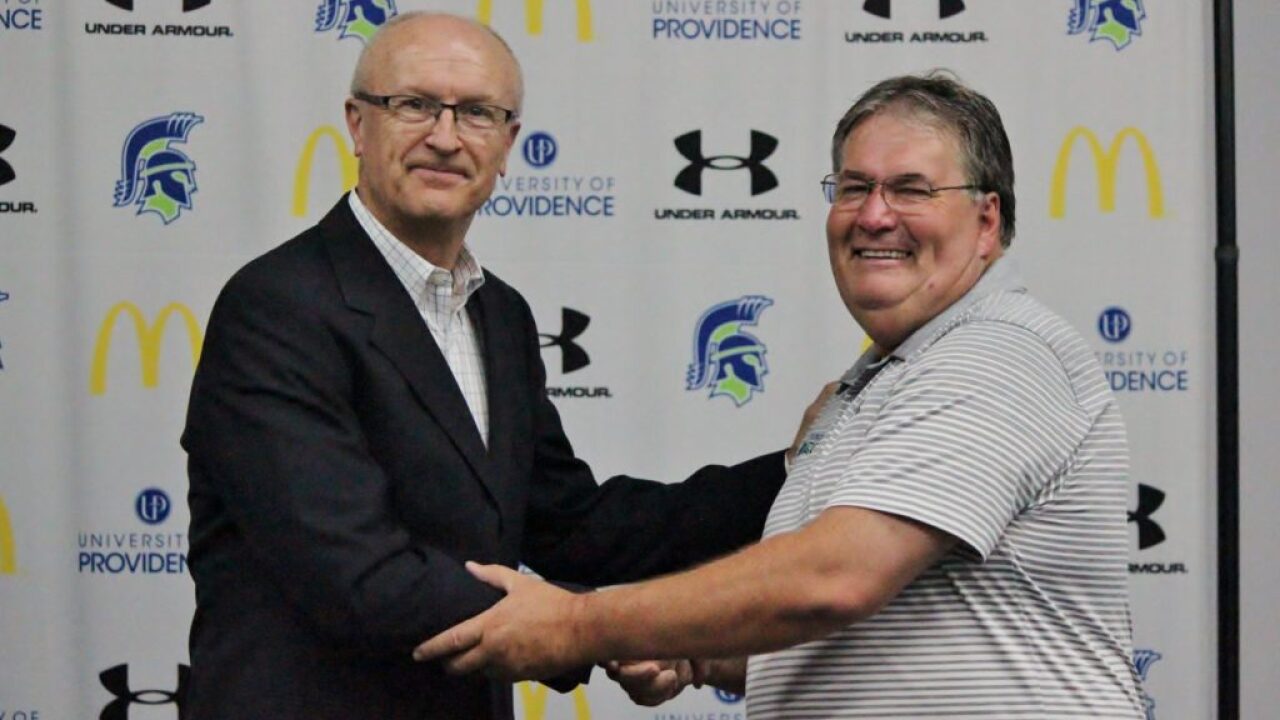 GREAT FALLS -- University of Providence athletic director Doug Hashley announced Wednesday that Jim Sargent has been named an assistant athletic director. He will primarily be responsible for directing the corporate sponsorships and marketing for the athletic department.

Sargent, who commonly goes by "Sarge", had previously worked for the athletic department for six months as the sports information director.

"I look forward to working with the Great Falls community to continue this positive direction at the University of Providence," Sargent said. "I'm really excited to get more community members involved in what we're doing. We have a great staff right now and I really like the direction we're going."

Sarge arrived at the University of Providence last July after spending the past 31 years in radio. He spent the past five years as the Sports and News Director at STARadio. Prior to that position he worked with other radio stations throughout Montana. Sarge is also very active in community affairs in Great Falls and surrounding areas.

Some of the highlights of Sarge's radio career are interviewing Hillary Clinton, meeting President Obama and broadcasting on the sidelines at Texas A&M stadium when Montana State played the Aggies. He has received several sports broadcasting awards, as well as awards from the FFA and 4-H Foundations in support of the future of agriculture. Most recently, Sarge was recognized by Congressman Greg Gianforte as the "Spirit of Montana" winner and Montana Special Olympics as the "Media Personality of the Year."

"We are very fortunate to have Sarge on our administrative team," said Hashley, who began his new position as athletic director on Monday. "Sarge has been involved with the community of Great Falls for a few decades and has developed and maintained a plethora of relationships. Sarge promotes Argo Athletics everywhere he goes and is definitely the 'voice of Argo athletics.' Having experienced what he can do, his plans for the future of our department is very exciting."

As the director of corporate sponsorships for the department, Sargent plans to improve upon the relationship between the University of Providence and the Great Falls community.

"Everything is looking up at UP and I think there's a reason that's happening," Sargent said. "I think it's a great opportunity for us at the University of Providence. The exciting part for me is to get more community members and sponsors involved with what's going on. I'm looking forward to going out and meeting people face to face. I want to continue to get people to support what we're doing and be a part of the great things that are happening here."