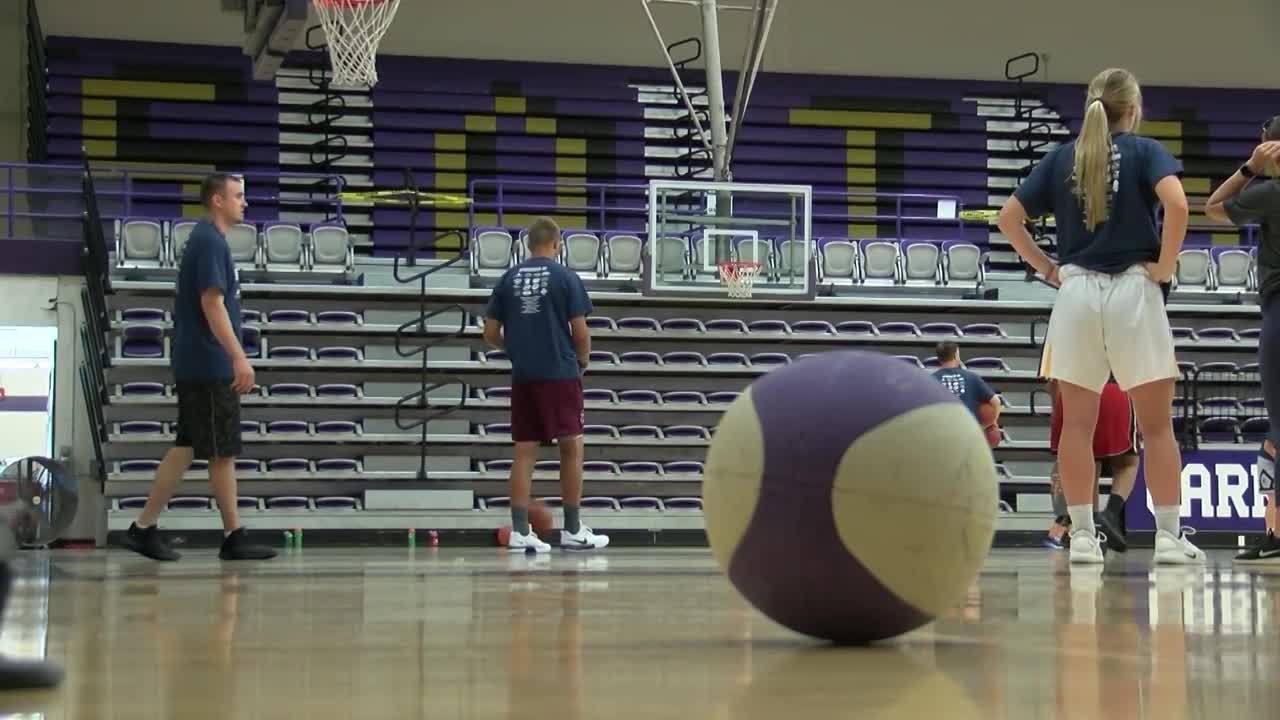 On Aug. 3, though, the third annual Hoops for a Cause turned basketball into everything but just a game. Kids from across the Helena area and coaches and players from across the Frontier Conference gathered to raise money for Jack Racicot, a Helena native who suffered a snowboarding accident that left all four of his limbs paralyzed.

On Feb. 16, Racicot took a jump he had done plenty of times before successfully, but something went wrong and he crashed, breaking his fourth cervical vertebra. Racicot was transferred from a Great Falls hospital to the University of Utah Hospital where he's undergoing intensive therapy as he fights to walk again. While Racicot has been taking on therapy, people from across the state of Montana have been visiting and providing him with support. The amount of support he has received has blown away doctors, making Racicot's mother proud to be a Montanan.

"(The doctors) have been blown away with the support that Montana has come out and taken care of us. We have pictures all over the wall at rehab, we have pictures at the apartment, of all the people that have come down, all the fundraisers," Jaelene Johnson said over the phone to Montana Sports. "Now to have something near and dear to our heart, Carroll College, come out and support us, it just makes me so proud to be a Montanan."

It wasn't just Carroll College; it was nearly the entire Frontier Conference. Carroll women's basketball head coach Rachelle Sayers said this event highlights how each school in the conference is not only supportive of one another, but also the communities surrounding them.

"We just play a game. In the big scheme of things, there's so many more important things than us competing every Thursday and Saturday night against each other, " Sayers said. "It's nice when we can come together and work together for the common good and realize that we have a lot to give, and it is important that we use that power that we have to help others and to be an influence in the community."

Hailey Crawford, a guard for Montana Tech, grew up in Helena with Racicot. Crawford noted that the support the camp provided was an outstanding show of support for her friend.

"I think it's always good to give back and to support the community that supported you, and I think it's really cool that all the schools can come together, because ultimately we are kind of enemies on the court but we can come together and do some really cool things," Crawford said. "I grew up with Jack, so this was kind of a special thing for me to be able to be here and support him."

The camp as a whole brought in $8,000 in cash donations, all of which will go toward Racicot's recovery.