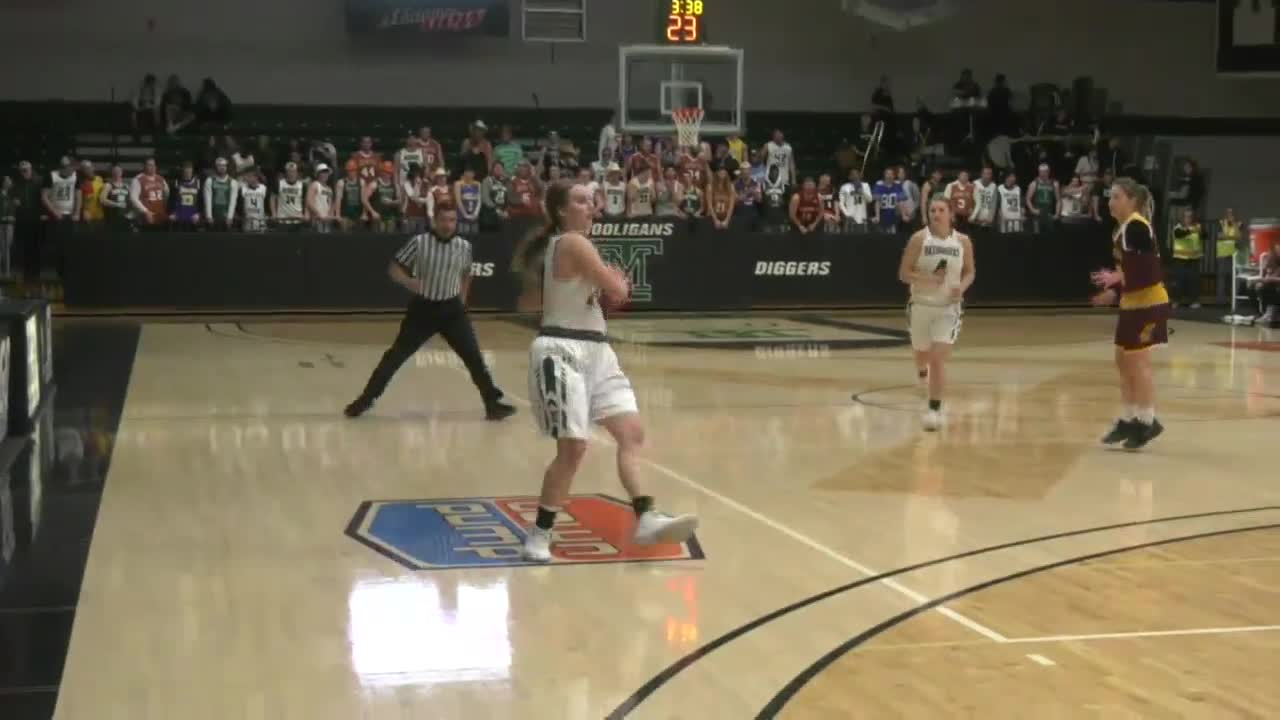 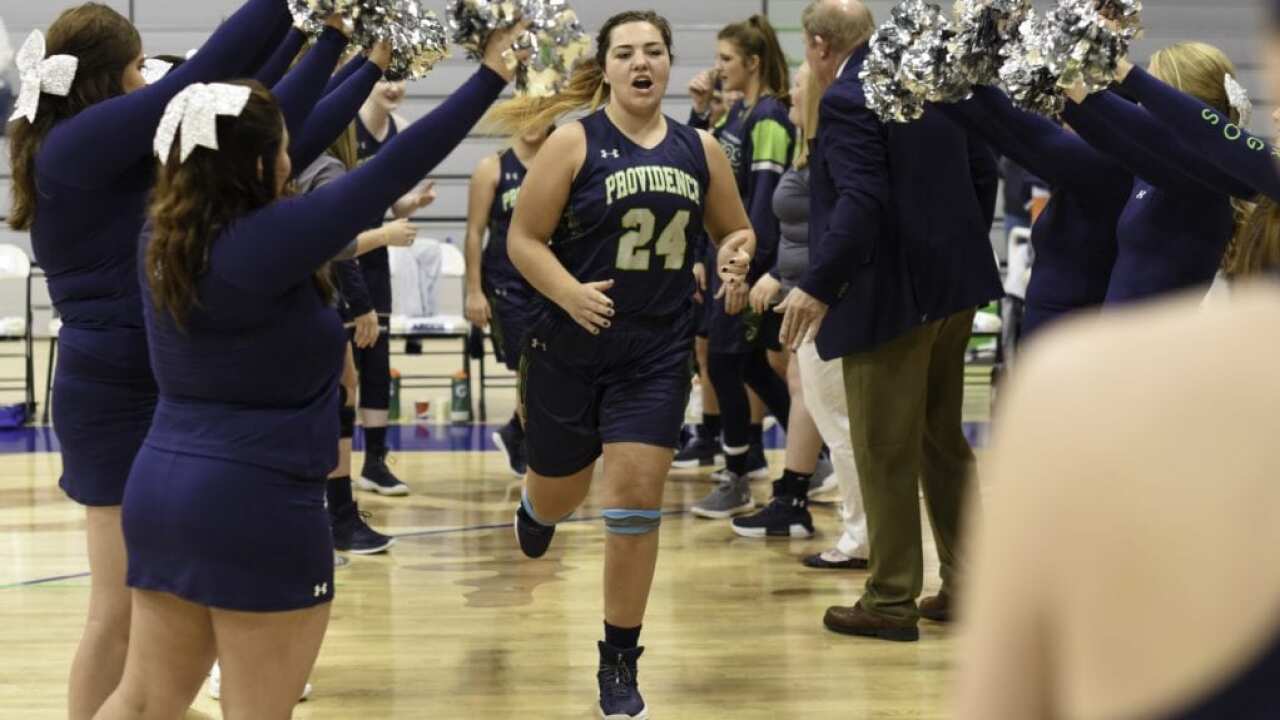 The Providence Argos took home the title of Frontier Conference champs after winning three straight on the road in Billings, Helena, and Lewiston, Idaho, before the coronavirus pandemic canceled the 2020 NAIA national tournament, which was a bit of a gut punch for UP head coach Bill Himmelberg.

"We were excited. We thought we could make a deep run into the tournament, and it just, disappointment doesn't say enough," said Himmelberg. "The girls really felt like we could do something special and were on a road to do that."

With all ends come new beginnings, though. Himmelberg said he has high hopes they’ll be able to run the gauntlet once again, despite this year being so different.

“I think having our experienced team and having all six seniors are really going to help us be able to do that. They understand the game plan and are able to do a lot of different things because they're experienced,” said Himmelberg

In Havre, the Montana State-Northern Skylights finished last season at 15-16, but head coach Chris Mouat said their record isn’t indicative of how good the Skylights were playing earlier in the season. Injuries hampered them and led to a 12-game losing streak to end the year, but Mouat hopes last year’s experience will lead to success this year.

“At one point, we were 14-1 and ranked 11th in the country. We just kind of had bang, bang, bang three in a row, and it was tough," Mouat said of last season's injuries. "I think the kids that were there last year really learned a lot from that experience, and they're going to bring that into this year, for sure, and help the younger kids along, kind of show them the ropes, but, also, adversity happens to everybody, we'll deal with it.”

In Helena, the Carroll College Fighting Saints were poised to make an NAIA tournament run after faltering in the Frontier Conference tournament last year. They just wrapped up their first two preseason games this year with wins in Nebraska. On the bus ride to Nebraska for their first two games, Carroll head coach Rachelle Sayers said the Saints are just relishing the opportunity to play right now, even if it means more than 30 hours on a bus.

“Whatever we have to do to be able to give these guys this opportunity is what we're willing to do," Sayers said. "We've talked a lot about really appreciating opportunities that are in front of us. A lot of teams, they're not playing right now. Next weekend, the following weekend, none of those games are guaranteed an opportunity to play to right now. So these are the only two that we're really, really excited about.”

In Butte, Carly Sanon and the Montana Tech Orediggers are getting ready for a different Frontier Conference season. With Lewis-Clark State moving to the Cascade Collegiate Conference, each Frontier Conference team will play each another four times, and they’ll play back-to-back games on Saturday and Sunday. Despite this, Sanon thinks with the way her team played last year, the Orediggers have a fighting chance at a conference title."

“Looking at our year, we had lost 10 games by five or less points. We lost to (Lewis-Clark State) on the buzzer beater here. We lost in overtime by two to Northern here. I mean, there were so many close games," said Sanon. "I just think that's just how it's going to be. Is it going to be close games every night or is it going to be a 20-point blowout and then the next night the other team wins? It's just hard to say.”

In Dillon, the 2019 NAIA champion Montana Western Bulldogs were also poised for a tournament run after a 20-11 finish. Though they’ll have the opportunity to prepare for this season, for many teams it will be unlike every other year with a shortage of practice time and non-conference matchups. Bulldogs head coach Lindsay Woolley said in his eyes it will probably take a while for teams to truly hit their stride.

“Not having any prep in terms of scrimmages, those types of things is different from a coaching standpoint and from a player standpoint. So, I think we can expect some choppiness early in those first couple of games, down in the College of Idaho," said Woolley. "Then it's right into league play as far as we know. It's going to be a little choppy, I think, probably till the middle of January and I think it will be for everybody.”

In Billings, the Rocky Mountain College Battlin' Bears are looking to improve on a 19-11 finish last season. With the NAIA combining Division I and Division II basketball and the national tournament to a new format, Battlin' Bears head coach Wes Keller believes the playoffs could prove to be a little hectic, and some really good Frontier Conference teams could get the short stick in the early spring.

"There's a lot of unknowns with the 16 pods of four. I see us getting two (teams into the NAIA tournament). Hopefully two, I think it's going to be very difficult to get three," said Keller. "I'll be curious to see how it plays out, how the conferences and what people go to what pods, but I think there's going to be some teams that may end up at that final site that aren't as good as some teams that are sitting at home because of the way they're structuring."

Prior to the current format, the Frontier Conference has sent at least three teams to the national tournament every year since 2015, proving the conference is one of the toughest in the NAIA. Though there were a few explanations for that, nearly everyone was able to settle on the fact that their counterparts are just as good as they are.

Though every team will have a varied preseason schedule, Frontier Conference teams will stack up against one another for conference play starting on Dec. 5.