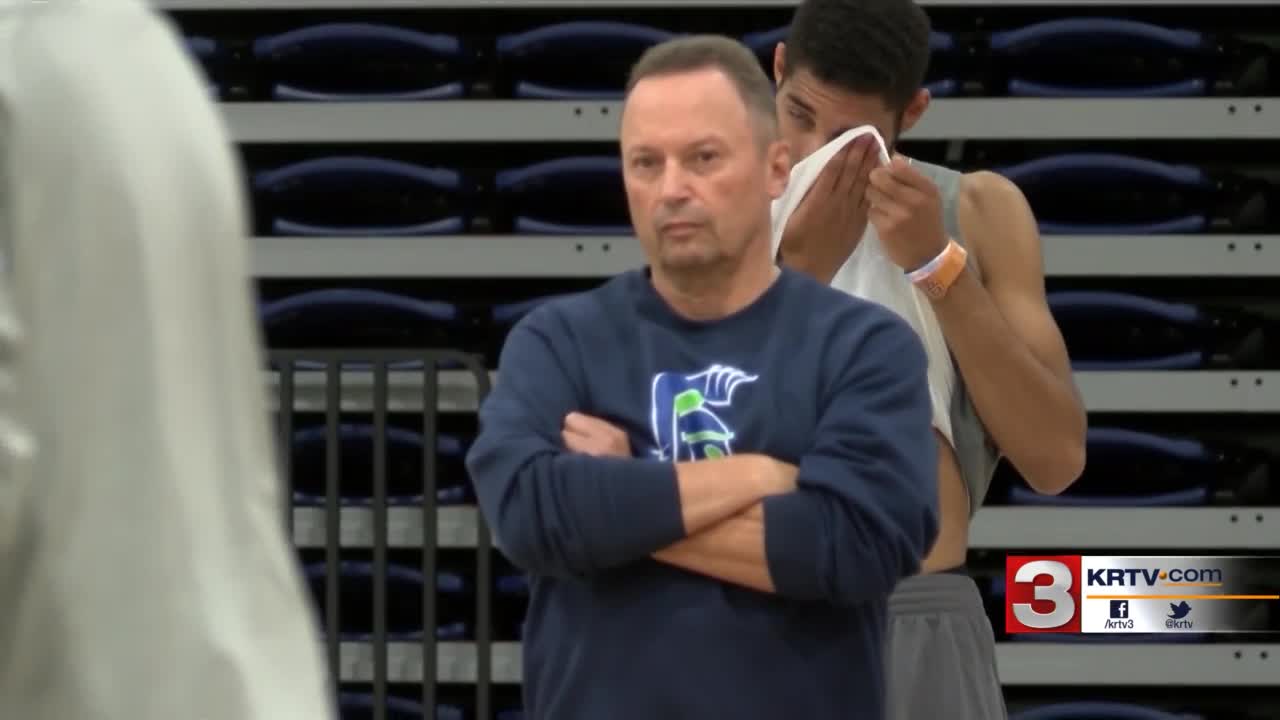 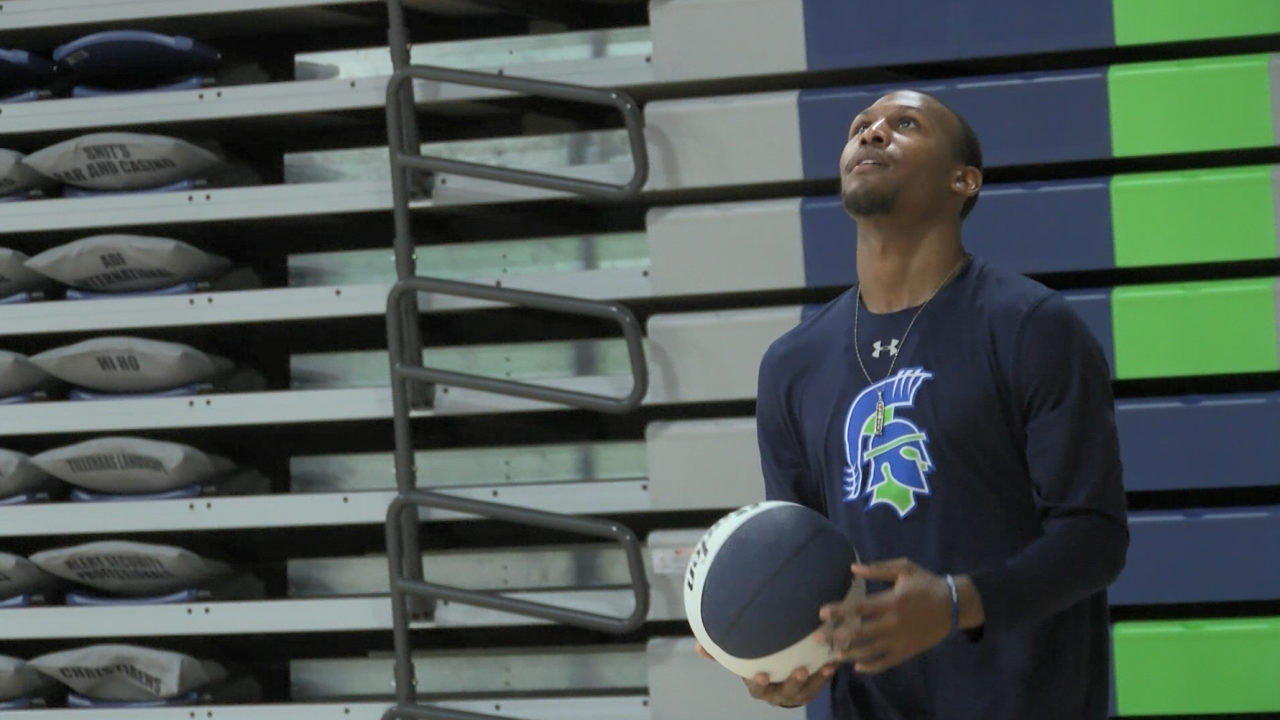 GREAT FALLS -- Spend five seconds watching Rashee Stocks with a basketball in his hands, and it’s clear he belongs on the basketball court.

Teammates and fans use the word ‘bounce’ to describe him, and Providence head coach Steve Keller calls him the most athletic player on his team. Stocks, at just 6-foot-3, is liable to throw down a highlight-reel dunk or record a game-changing block at any moment.

But the path he took to playing for the Argos was about as non-traditional as it gets.

“Back in 2011, I graduated from high school, ended up going to Middle Georgia State and walked on to the basketball team my sophomore year,” Stocks explained. “I didn’t really finish out well, so I kind stopped playing and stopped going to school. I just wanted to focus on myself. My parents suggested going to the Air Force.”

Stocks enlisted in September of 2014, with dreams of traveling overseas and seeing the world.

“I thought the Air Force was the way to get some life experience,” he said. “I thought I’d go to Korea and get a different kind of spotlight. But God has his own plans for people.”

His first posting was to Malmstrom Air Force base in Great Falls, where he would work on the Security Forces. He remained in Great Falls for four years and the Atlanta native learned to love life in the Treasure State.

“My first time coming from San Antonio straight out of tech school, I was coming in on the plane and saw all the lights, and said ‘Oh man, it’s a big city, got to be,’” Stocks joked about his first impression of Great Falls. “We’re driving into it and we get on 10th and I’m like ‘Oh, this is it?’ Going from an area that’s so fast-paced to an area that slows down, you can get things done here. I think that was really good for me.”

Stocks had always loved basketball and continued to play pickup games and rec league. He had three years of eligibility remaining, but returning to the college courts was never in his plans after he enlisted.

But then he met a couple of current Argos while playing pickup ball. Stocks shared courts with Brandon Cotton, Jake Wetzel, Zaccheus Darko-Kelly and more during the offseason and became sort of an unofficial Argo.

“I got really involved into the system, playing basketball over and over and over,” Stocks said. “I played during the summer and came up here to open gym a lot with those guys.”

Eventually head coach Steve Keller caught wind of the skilled airman and reached out with an opportunity.

“He was at the end of his four-year commitment with the Air Force and we had talked to him a little bit and I think originally he was thinking it was too cold here and he wanted to get out,” laughed Keller. “But he got to know our guys and he decided he wanted to give it a try. He has discipline, he’s mature, so he’s a great addition to our program.”

Stocks weighed the option. He had grown as a man and a player since his last stint with college basketball and decided to take Keller up on the second chance.

“At first, I thought he was kidding when he said they were interested in me,” Stocks said. “I thought he was kidding, but come to find out he was serious about it and held him to it. The following April I took a visit, had a tour. My dad came along. The academics were great. It’s a great opportunity for me, so I took it and here I am now.”

And now Stocks is thriving, starting for the No. 8 team in the country, averaging nine points per game and leading the undefeated Argos in steals. The scary part is that he might only be scratching the surface.

“It’s been five or six years since he played organized basketball,” Keller said. “So, he’s getting into the grind of a structured program, he’s not used to that, so he’s just going to continue to get better and better.”

And the 26-year-old sophomore guard brings another valuable trait to the young Argos. Experience and perspective.