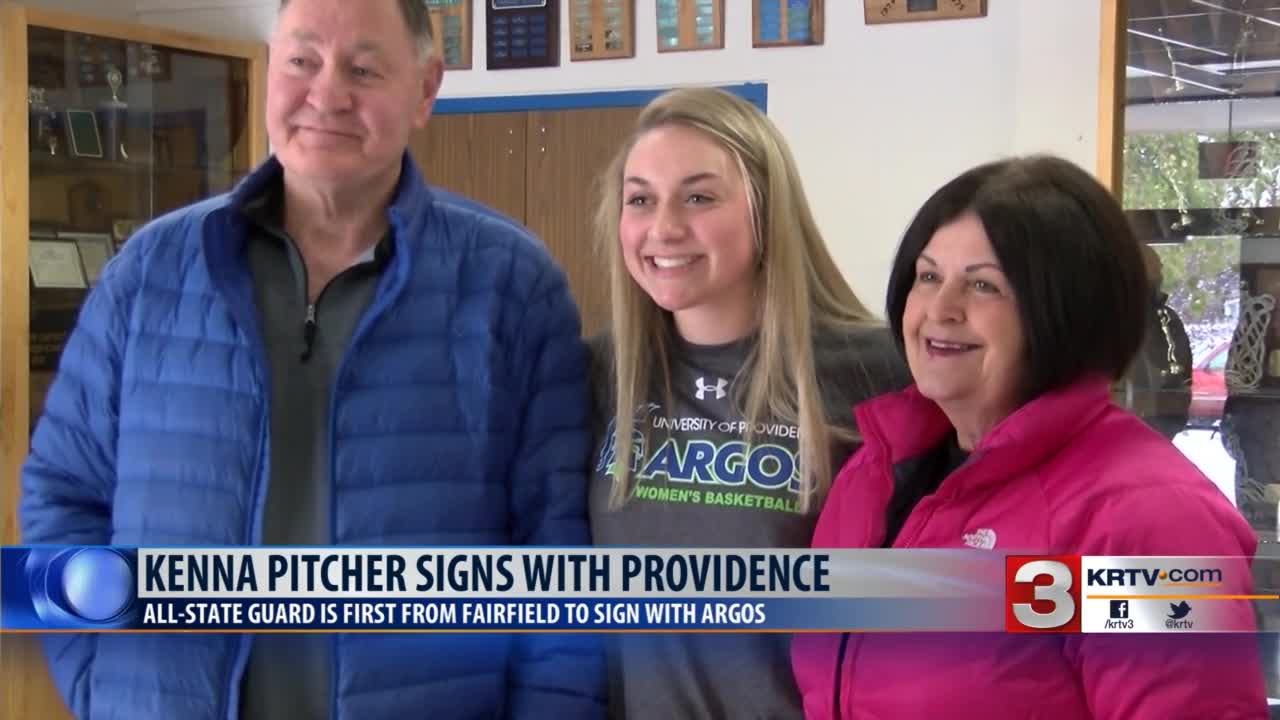 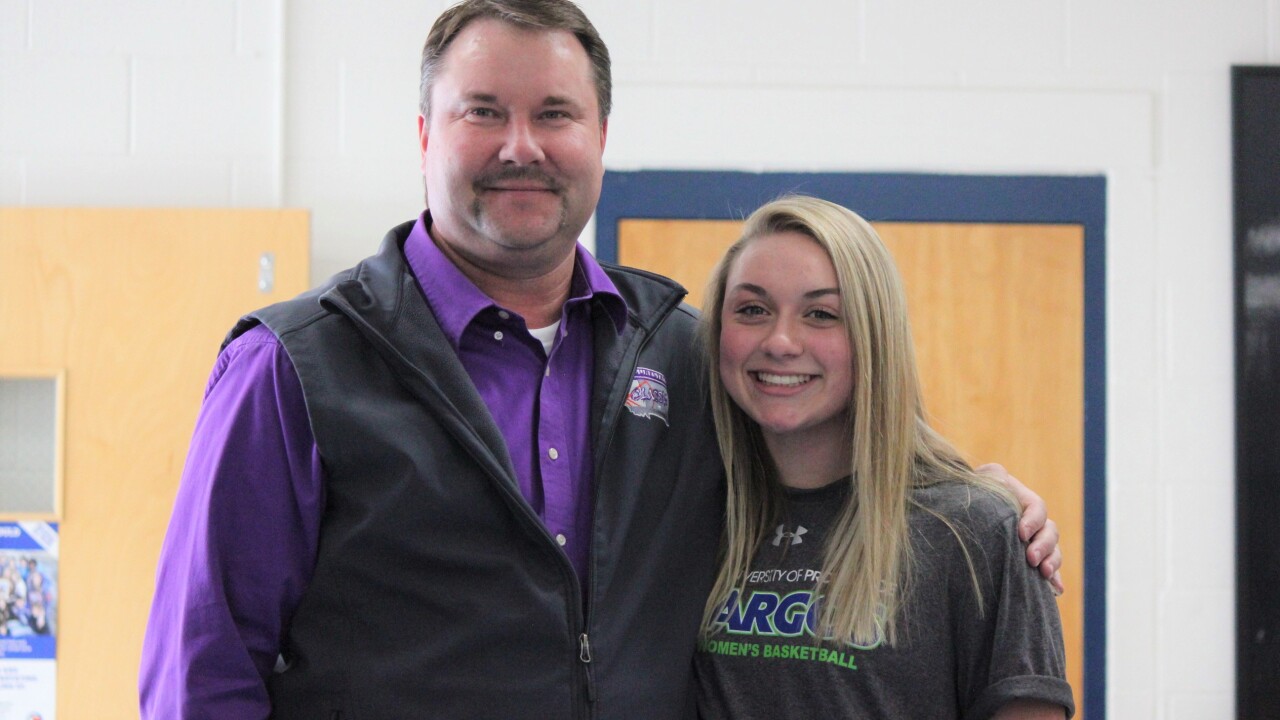 FAIRFIELD -- Fairfield has one of the most successful girls basketball programs in the state and has sent athletes to college all over the map -- places like Gonzaga, Idaho, Utah State, Montana, MSU-Northern, Montana Tech and Montana Western just to name a few.

But for the first time, an Eagle is staying a little closer to home to begin her college career.

Fairfield senior Kenna Pitcher signed her letter of intent Wednesday afternoon to play basketball at the University of Providence, a first for the Eagle program.

Pitcher is a four-year starter for Dustin Gordon’s team and was part of Fairfield’s state title as a freshman in 2017. As a junior she averaged 20.3 points, 7.2 rebounds and 4.5 assists per game. She says she’s learned a lot about how to be a better player and person from coach Gordon and the Eagle players that came before her and plans to take those lessons to the next level.

“You got to want it, you got to work every day,” Pitcher said. “Everything matters -- your grades, teamwork, ability to just come into the gym even on a rough day and get stuff done.”

“We like how Kenna can score. She got to the rim quite a bit when she came and played with us,” Himmleberg said. “She can finish at the rim, and she’s a strong guard. She’s going to be Frontier (Conference) ready right away and be able to come in a make an impact.”

Pitcher plans to study nursing and plans to become a nurse anesthetist.