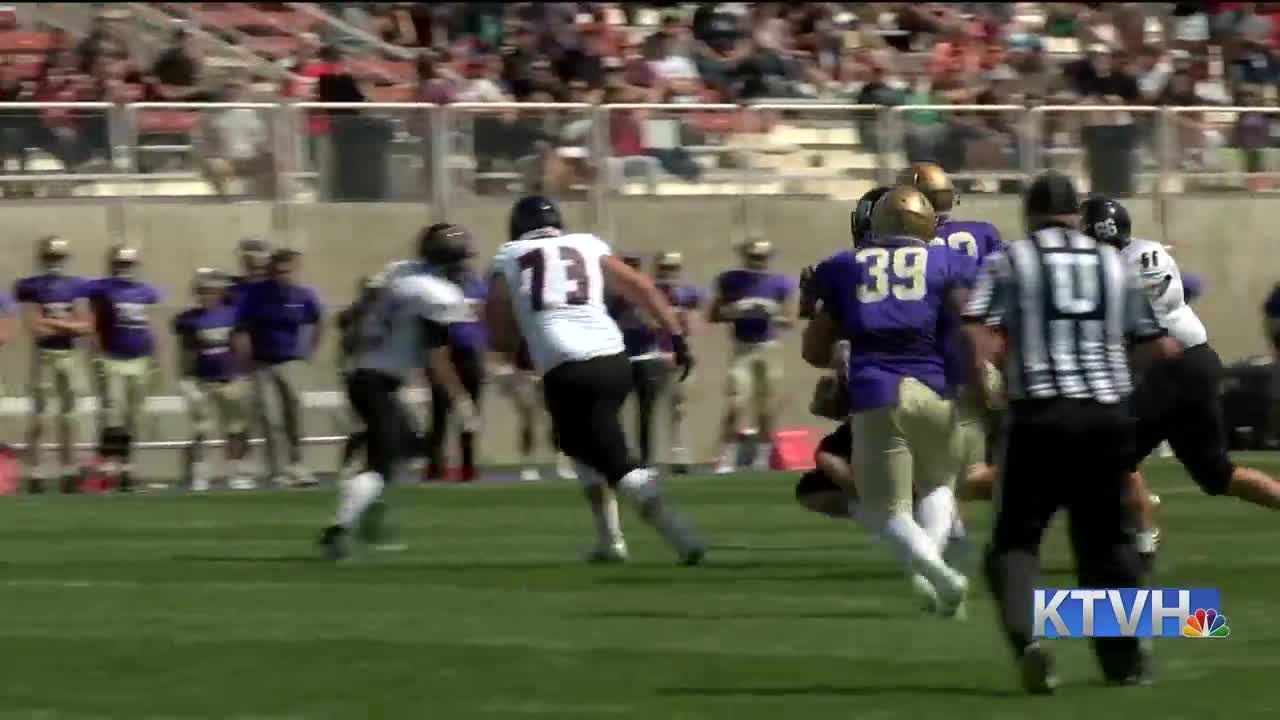 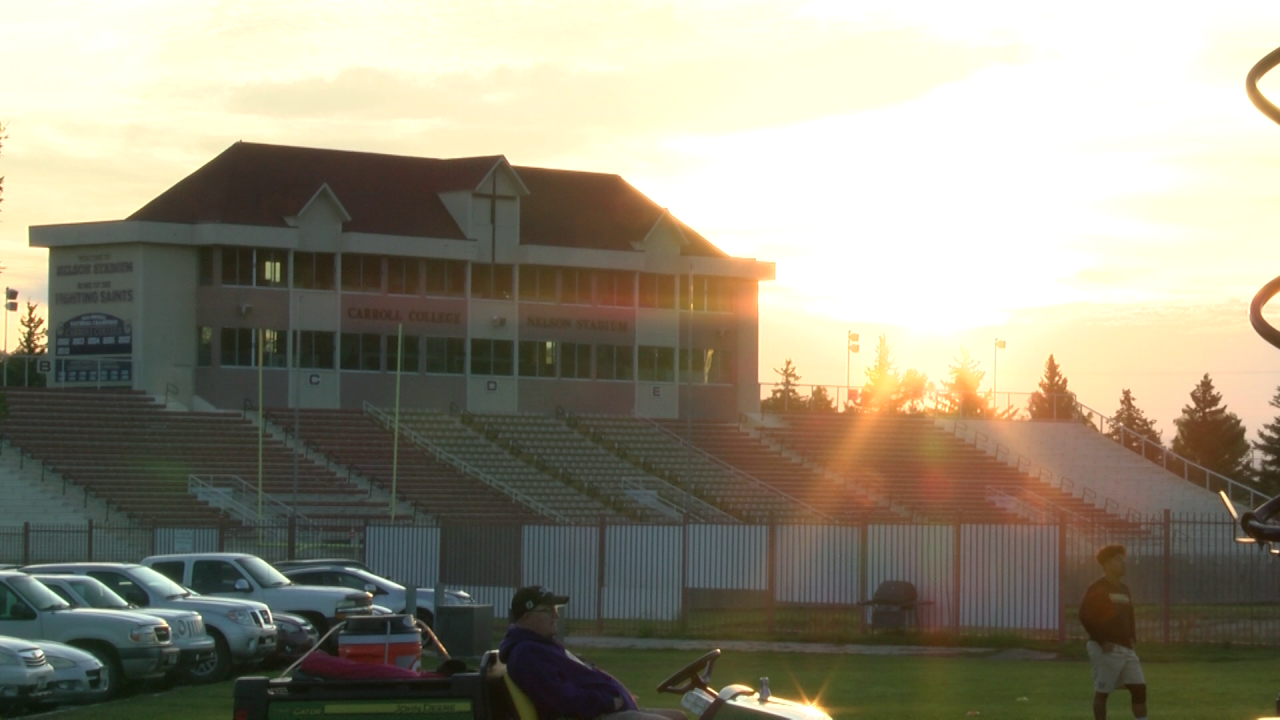 HELENA -- With the sun rising over Nelson Stadium Wednesday morning, the Carroll College Fighting Saints were hard at work, preparing for their first test of the 2019 football season -- the Montana Western Bulldogs.

Though it will be Troy Purcell's first game donning the purple and gold as a head coach, it's not the first time he'll be on the sidelines as a Saint. Purcell played for the Saints from 1986-90 under Bob Petrino. When asked what advice he was able to give to some of his players who might be taking their first snaps in a college football game Saturday, Purcell offered this.

"You just got to go out there and you got to go out there compete. It goes by fast. Anytime you have an opportunity to compete and get better and get out there and play with your brothers, go out and do it," said Purcell as the morning sun began to drench the practice field. "You get about 30 hours, so all of this work we do for the whole year is for three hours on a Saturday. You get 10 of them and hopefully you get more. It all comes down to that amount of time, so it's amazing how much time you put in for those 30 hours."

With it being Purcell's first year at the helm, he wasn't there for 2018's two losses against Western, but the returning members of his staff and players will be looking to avenge the 16-10 and 30-10 losses. In the 16-10 loss, Mike Van Diest went with redshirt sophomore quarterback Kolby Killoy, who threw for 150 yards and two interceptions. One of those interceptions came late in the game on a pass to the end zone. A catch could have supplied a lead to win the game, but the pass bounced from the hands of a Carroll receiver and into the hands of a Western defender, almost effectively ending the game.

Now, a year removed from that matchup, Purcell isn't rushing to make a decision on the starting quarterback ahead of Saturday's game. In fact, he's leaving the competition open until Saturday.

"It's a game-time decision. We're going to let these guys compete throughout the week," Purcell said as the sun crept a bit more into the sky.

Purcell said the reasoning behind keeping his options open is partly to keep the battle competitive and partly to ensure that if anything happens to a signal-caller during the game he'll have another man to put under center.

"You always want both guys to compete for that starting job, and, again, you've got to prepare yourself as a starter. If something happens to Kolby and he loses a shoe, then (Devan Bridgewater's) got to be out there. If Devan gets a hangnail and we've got to get it clipped on the sideline, then we've got to get someone else in there," Purcell said with a chuckle. "Both guys got to prepare as a starter and be ready to go at anytime."

The Saints' season opener will come on Sept. 7 in Dillon at 1 p.m., shortly before the sun reaches it's apex, where the Fighting Saints will unveil what Troy Purcell's brand of Carroll football is all about.