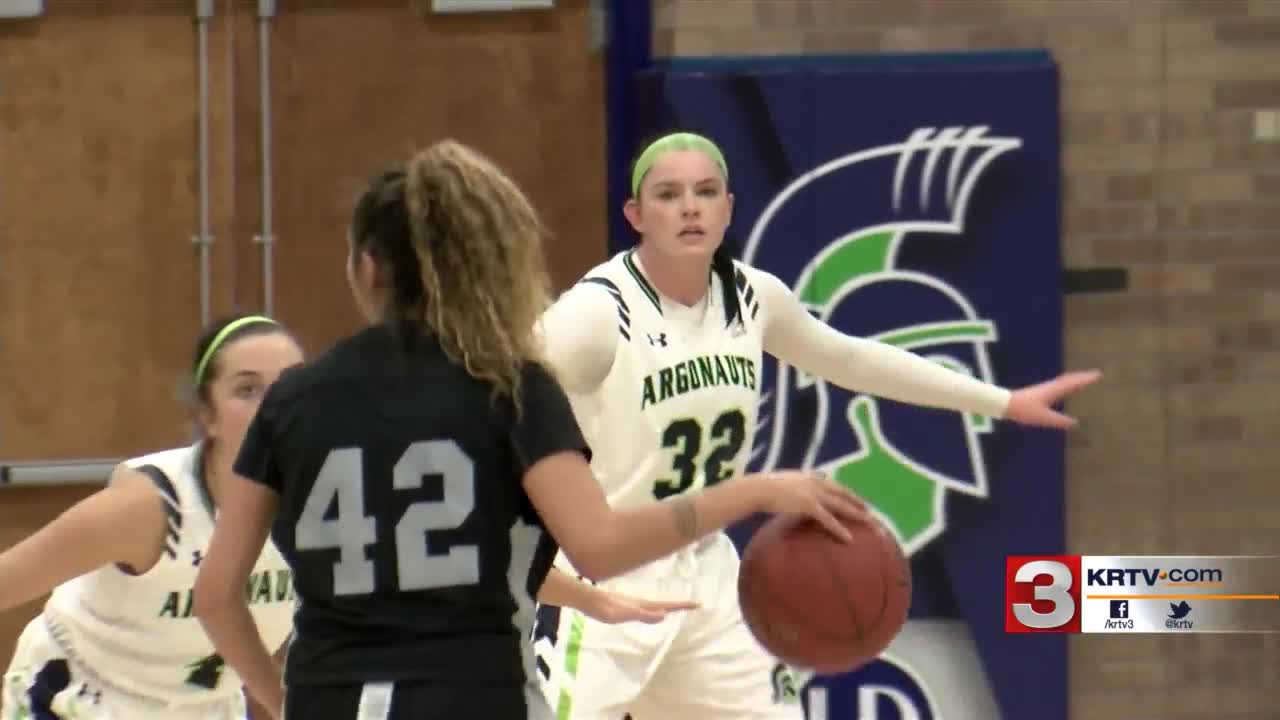 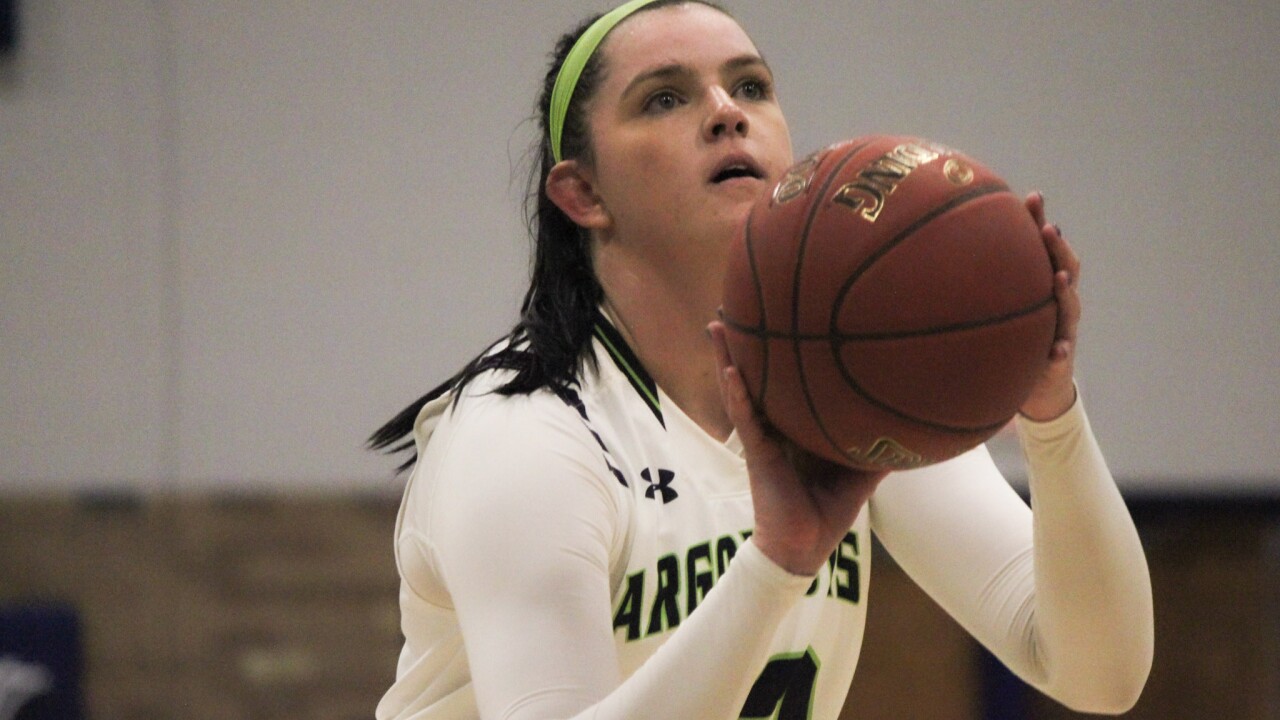 GREAT FALLS -- Kennedy and Bailey Cartwright have a clear chemistry on the court. The sister starting forwards on the University of Providence women’s basketball team seem to know where one another are always.

It’s the type of connection that comes from years of sharing the ball.

So, it might come as a surprise that the sisters from Pasco, Washington have never been on the same team before this year.

“I never thought I would play with Kennedy,” said Bailey, a grad transfer on the Argos. “My senior year in high school, she swung varsity and JV and we never got to go on the court at the same time.”

And this season, with the sisters teaming up for the first time wasn’t in either player’s plans. Kenedy is a sophomore on the Argos, while Bailey was an All-GNAC selection at Concordia, a NCAA Division II school in Portland, for three seasons.

But it’s funny how the world works sometimes. It took a set back and a twist of fate to bring the sisters back together.

“I was (at Concordia) for four years and I graduated and my senior year, first day of practice, I broke my hand,” Bailey explained. “So that kind of set me back. And I was kind of contemplating whether I should even play a fifth year and then I talked to my sister and she just talked about how amazing it was here and how great the team was and how well rounded everyone was and how much they loved each other and it just seemed like a great fit and come play with my sister. Like why not?”

The discussions between the Cartwright girls got more serious over time.

“It started off as a joke that she should come here for her fifth year after she broke her hand and then I kind of was joking around with coach Bill (Himmelberg) and he was like, ‘sure, why not?’,” Kenedy said. “And then we brought her on a visit, and she loved it, and everybody loved her. It's pretty cool coming to practice with her every day, living with her and just experiencing college with her.”

For coach Himmelberg, adding a second Cartwright sister with as much talent as Bailey was a no brainer.

“We didn't think there was really any chance Bailey would come here,” Himmelberg said. “So, we're just really fortunate that after the season was over, Bailey called me and said, ‘Hey, I was thinking I might not play my last year at Concordia and I'd like to come there and play with Kennedy’. And I said, ‘We’d love to have you’. So, we're really fortunate just to be able to get her, a first team All-GNAC player and she's a double-double machine.”

The addition of Bailey pushed already high expectations for this year’s Argos into the stratosphere. Providence is ranked No. 17 in the NAIA in the pre-season, look to battle Carroll and Rocky for a league title, and hope to earn a berth at the NAIA national tournament for the fifth time in sixth years

“Our team is amazing,” Kenedy said. “We have so many girls that can contribute from the starting five to everyone on the bench. Everyone loves each other so much. So, I'm really excited to see where everybody can take us this year.

Bailey doesn’t mince words when asked about hers and the team’s goals.

“I want to win the Frontier Conference and I want to be a national champion. I think that's everyone's goal.”