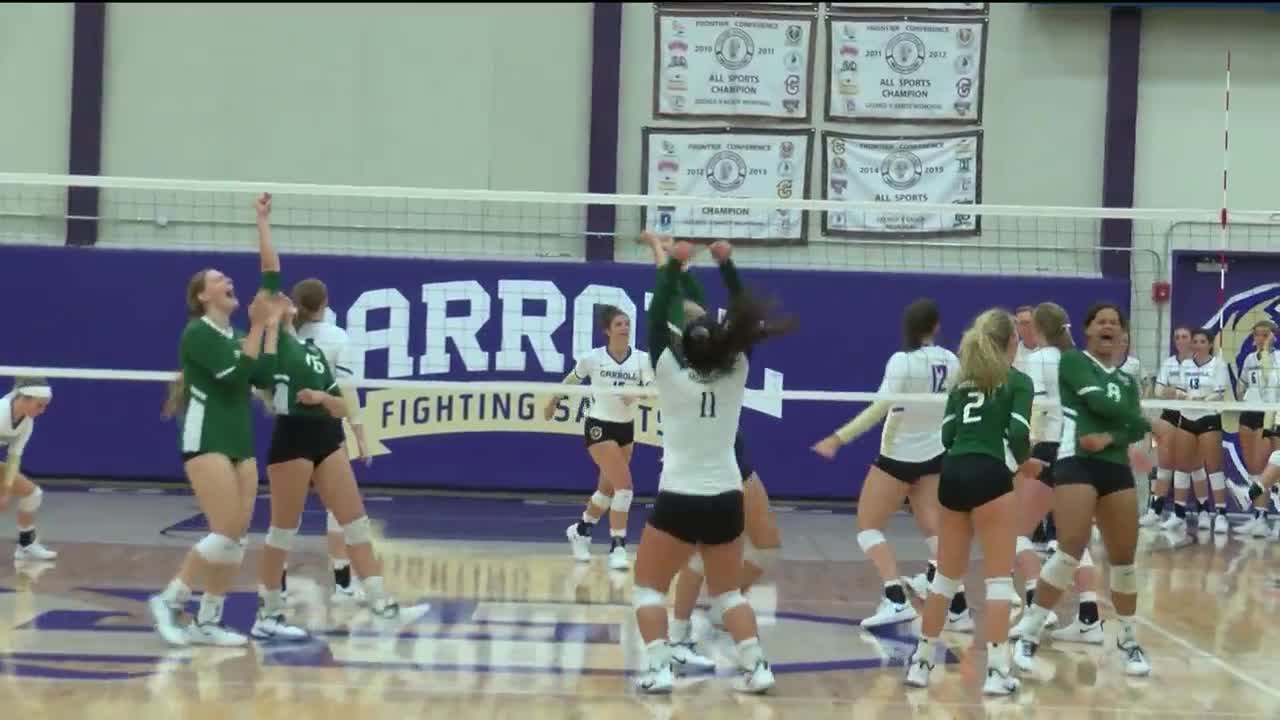 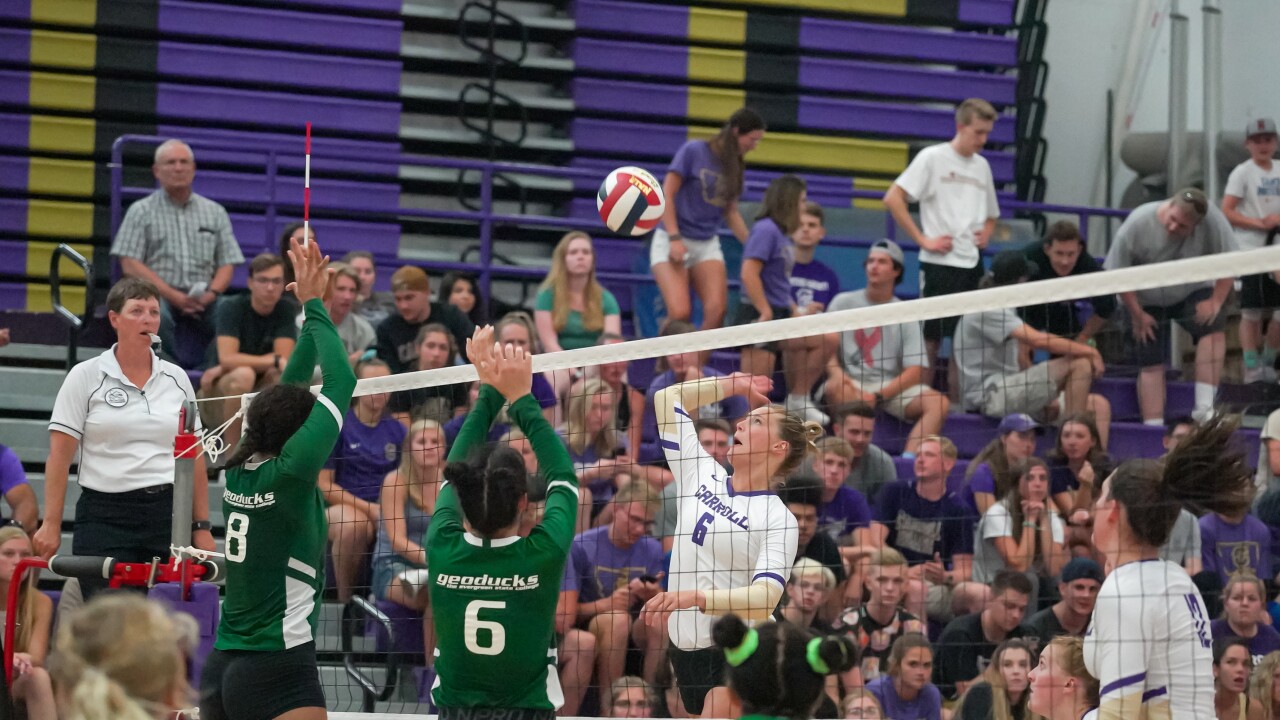 HELENA -- Carroll College volleyball opened up the regular season against the Evergreen State College Geoducks and lost 3-2 on Wednesday.

The Geoducks came out in full force in the first set, notching five points, four on kills by Jocelyn Hillyar. The Saints battled back in the set, eventually getting within a point of the Geoducks, but were never able to secure a lead.

The Saints found some magic in Sets 2 and 3, downing the Geoducks 25-14 and 25-16, respectively. Lexi Mikkelson led the Saints with 13 kills and Hannah Dean led the match with nine total blocks.

The Saints, much like the first set, stumbled at first in the fourth, but battled back late to bring themselves within two points. Hillyar swiftly ended the Saints' dreams of avoiding a fifth set, with a kill set up by Sierra Wolff. Hillyar led the match with 21 kills.

The fifth set was a back-and-forth affair that saw four lead changes up to the 15-15 tie, before the Geoducks' Renita Gray hammered down two kills to the end the match.

Carroll College will get an off day before heading to Butte to compete in the Big Sky Challenge in matches against the College of Idaho, Northwest University, and Olivet Nazarene on Aug. 23 and 24.