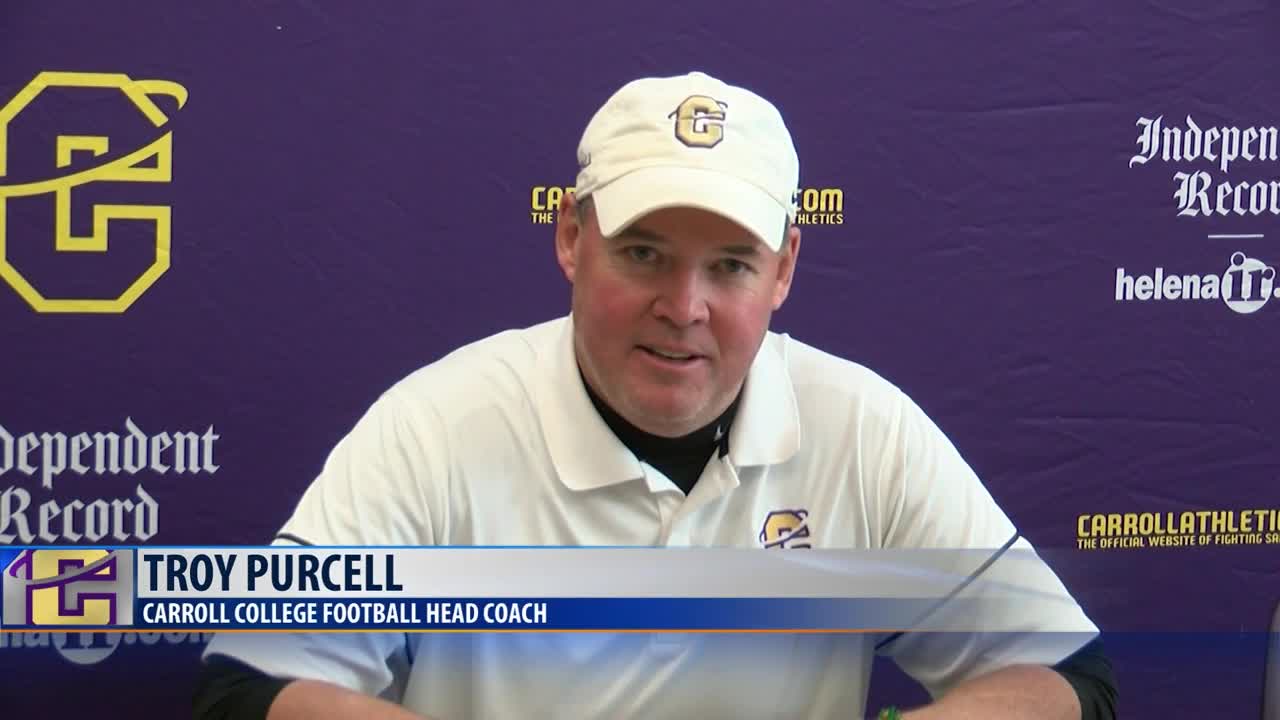 HELENA -- Following Carroll College's 30-19 Frontier Conference football win over the No. 17 Montana Tech Orediggers, Nelson Stadium and the surrounding areas were abuzz. The win capped off a successful Senior Day against their rival and secured the Fighting Saints' first winning season since 2014 when they went 10-2 under longtime head coach Mike Van Diest.

The Nov. 9 win also moved the Fighting Saints into a three-way tie for second place in the Frontier with Tech and Montana Western and vaulted them to No. 22 in the NAIA top-25 rankings -- their first designation since 2016.

The win also opened up questions about an outside shot at an at-large bid into the 2019 NAIA football playoffs.

It's easy to get wrapped up in the rankings, the wins and losses, and potential playoff berths, but in his first year at the helm for the Fighting Saints, coach Troy Purcell isn't looking at any of that. Purcell's barometer for success is simple.

"Did we get better? If we got better today, then I'm good," said Purcell.

Simple, right? Purcell continued by saying he's not bothered by any of the things described above. His sole focus from sun up to sun down is to ensure that everyone, from the coaching staff to his players, got better each day.

"All the wins and losses, and the playoffs, and the championships -- that stuff takes care of itself. Just win today, get better today, and if it's meant to be with all your hard work at the end of the day, then it's meant to be," said Purcell. "If not? We're not working hard enough and it's not going to happen anyway."

Carroll closes the regular season on Saturday at Eastern Oregon.