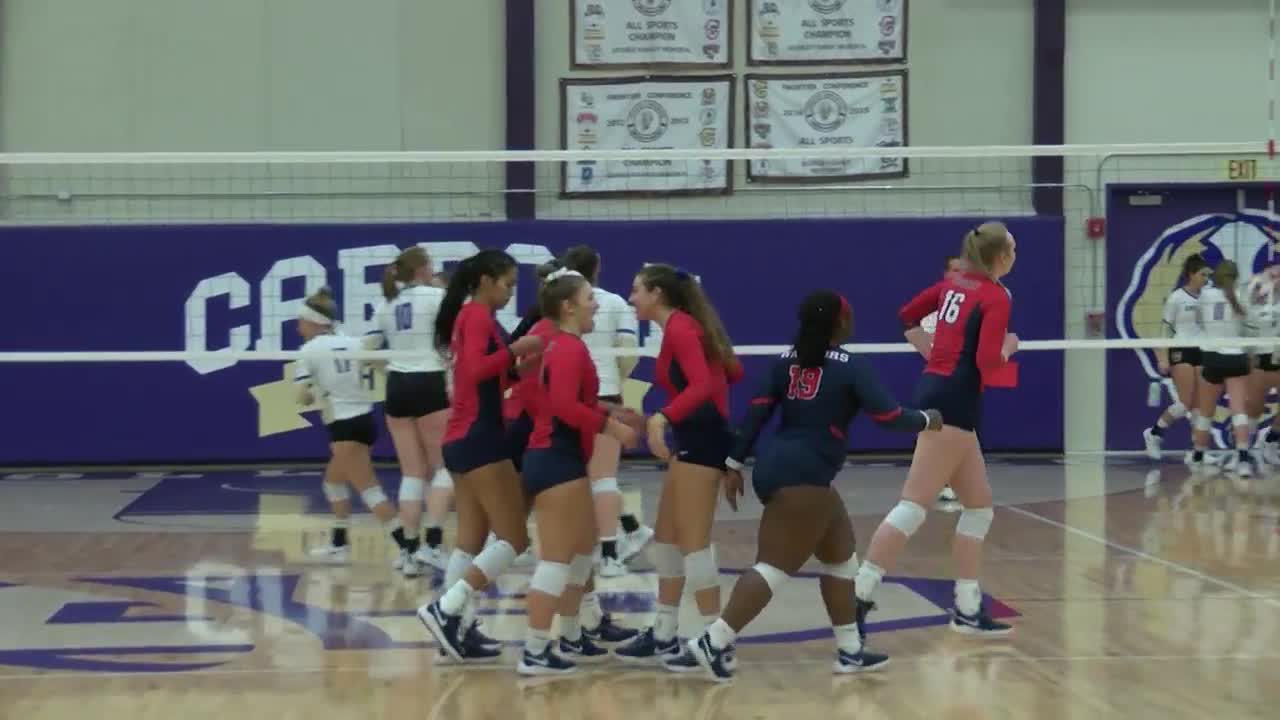 The Warriors jumped out to a hot start midway through the first set and led the Fighting Saints 19-10 at one point, due in part to Brooke Kaawa's game-high 17 kills. The Warriors put away the first set, 25-18. Lewis-Clark State seemed like they had a grip on the second set, but the Saints clawed their way back into it and knotted it at 12-12 on a Sydney Lawrence error, and from that point in the game it was a struggle for power.

Carroll won the second set 25-23, and the next two sets ended the same way with both teams nabbing a set each to knot the match at 2 sets a piece.

In the fifth set, both teams stayed evenly matched until the Warriors to an 8-6 lead, which led to Fighting Saints head coach Moe Boyle to call a timeout. It's unclear what she said to her team, but it must have struck a chord with them as they rattled off a 9-1 run to win the set 15-9 and the match 3 sets to 2.

The Fighting Saints finished the Frontier Conference season an even 6-6 to finish in fifth place headed into the Conference tournament, while the top four teams (Montana Tech, Providence, Lewis-Clark, Rocky Mountain) all sit at 8-3 on season, each with one game left to play.