11 freshmen and sophomores on roster 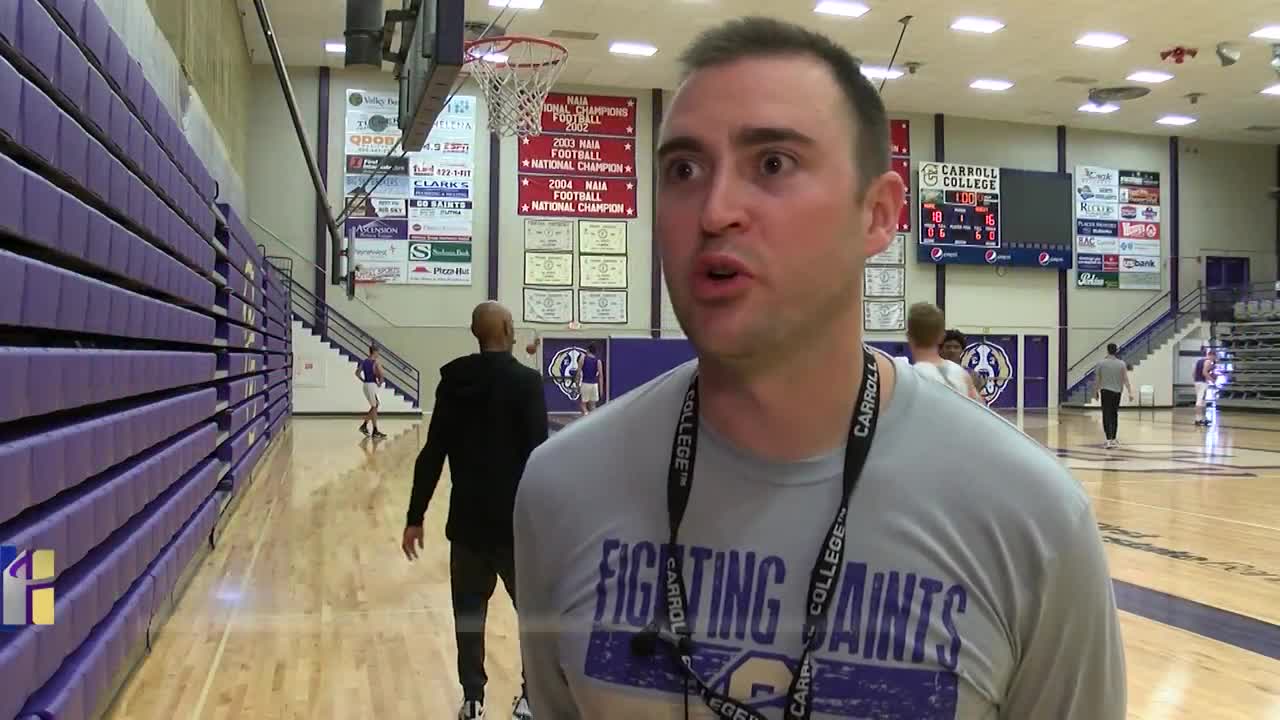 HELENA -- After one of Carroll College men's basketball's best seasons on record, the Fighting Saints now boast an extremely young roster with 11 freshmen and sophomores. Losing key contributors like Match Burnham and Matt Wyman has the potential to rattle a second-year head coach, but Kurt Paulson isn't worried.

"We do have a young group. We're very fired up for these young guys. They're doing all the right stuff, competing hard in practice, in the weight room, the class room, every aspect that we want them to be," said Paulson.

Paulson has also tapped senior Dane Warp and sophomore Shamrock Campbell to help lead his team, notching team captain next to their names on the depth chart, and he's happy with how they've stepped into the role this early into the season.

"The older guys who aren't that much older are doing a great job of leading," Paulson said.

The Fighting Saints open their season with an intra-squad scrimmage on Oct. 18 before heading to to Corvallis, Oregon to take on the Oregon State Beavers.