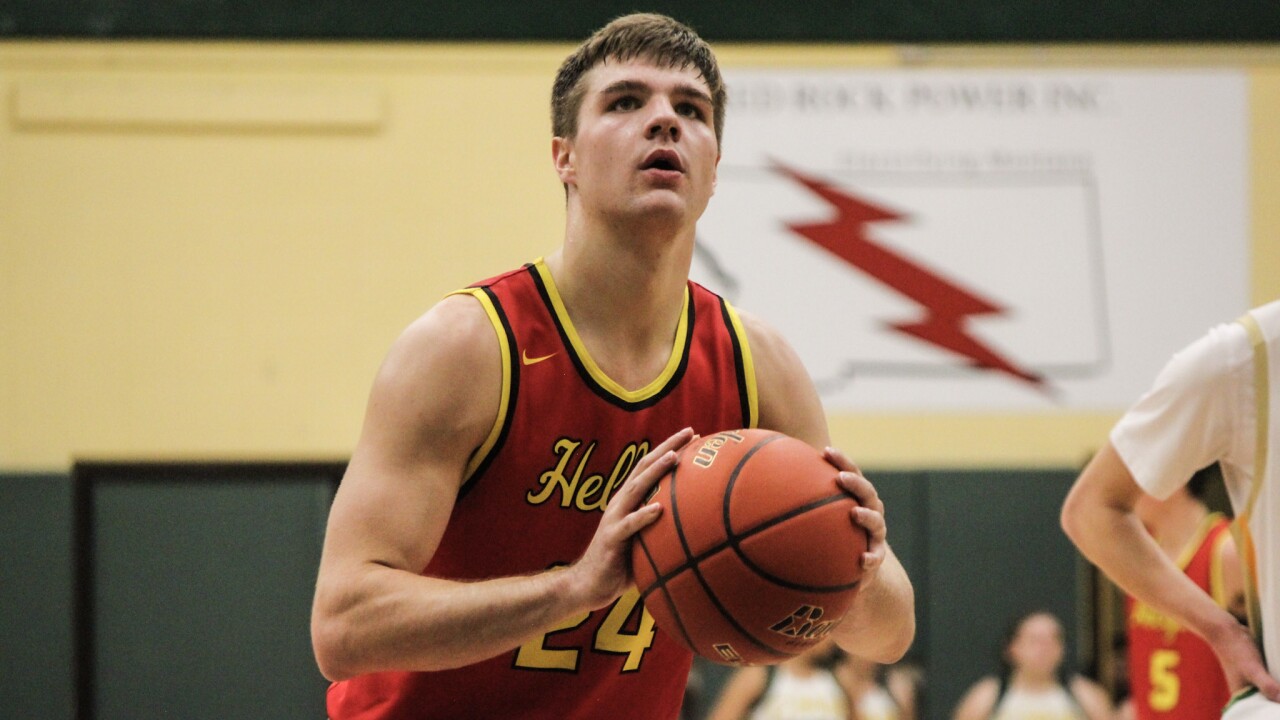 MISSOULA — For the past few years, Rollie Worster tore up the Class AA basketball court for the Missoula Hellgate Knights as a two-time Montana Gatorade player of the year winner. Now Worster is at NCAA Division I Utah State of the Mountain West Conference looking to pave a new path for himself on the college basketball scene.

However, with COVID-19, it obviously hasn’t been the start to his freshman year he envisioned.

"It’s nice to have Zoom, like this, because we can do that with the coaches and stuff sometimes, to look at film and plays," said Worster. "But I just think the hard part is the uncertainty of what is going to happen or what the rules are, like how often they change. It seems like one day it's this and one day it’s that. We don’t really know, but it seems like our coaches don’t know a ton either sometimes."

Worster departed Missoula and headed to Logan, Utah, in July.

Since he's been there, practices have been pushed back, then brought back and are now currently on hold after the Mountain West Conference postponed its fall sports seasons. To say the least, it wasn't how Worster pictured his freshman season going. But he's looking at the positives and going with the flow.

"It was hard saying goodbye to my dad and grandpa and my family and stuff, but kind of got over that in a couple of days and got used to living on my own," said Worster. "Then my roommates came, so it’s been good just to get to know everybody.”

And Worster is starting to connect with his guys. One of his roommates, Alphonso Anderson, is even a former University of Montana transfer.

“(We) kind of have a similar backstory, I guess, definitely the first thing you talk about," said Worster. "And we had talked about that on my visit, so it was kind of nice to get to know people and I just think the team here, it’s really easy to get along with everybody and we are pretty close already.”

Worster wasn’t just fitting in off the court, but at practice as well.

“After the first couple of workouts and practices you start to get the flow and I felt pretty good playing with the guys," said Worster. "Then this last practice we had, I even talked to one of the coaches on the phone, and I think everybody felt the same way, we actually started gelling together and we were all playing really good basketball, which was fun.”

Moving forward Worster, who surpassed former Knight Tres Tinkle to become Hellgate's all-time scoring leader, hopes to see a winter basketball season in 2020 but says he thinks it will be pushed back like the fall season.

While one may complain about a delayed start, he says the guys who actually play the game are willing to do whatever it takes to secure a season and have been from the start.