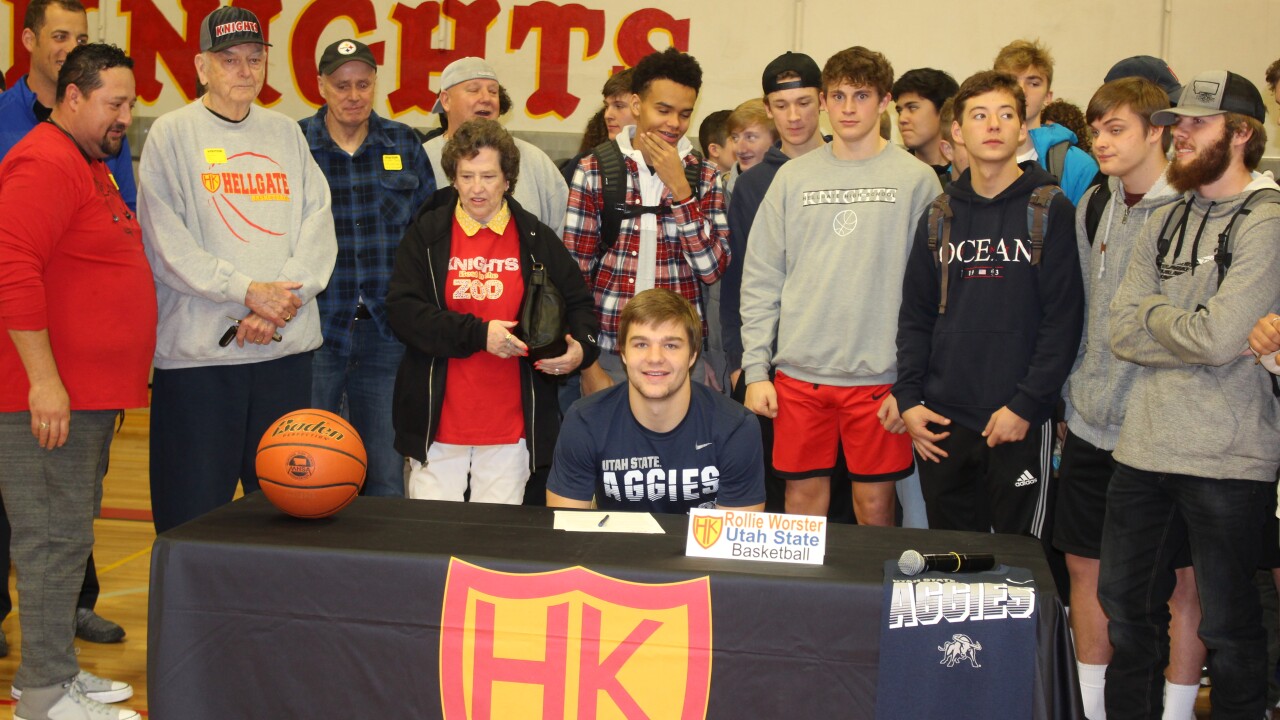 In his sophomore season in 2017, Worster verbally committed to the University of Montana. However, earlier this year Worster decommitted from Montana and reopened his search for a new place to play college ball.

Worster talked to a number of other schools, with Montana State and Utah State being two of the top schools in the final consideration.

On Sept. 20, it was unofficially announced that Worster had made the decision to commit to Utah State. That decision was finalized Wednesday morning when Worster made it official, surrounded by family and friends who made an impact on him in his time at Hellgate high school.

"We are a big family here at Hellgate and just to have all the support from the students and family, friends and all my coaches and all the nice things they said about me is really nice compliments," said Worster.

Worster isn't done wreaking havoc on the court in Montana. He still has his senior year to finish out before he heads to Logan, Utah.

"We would love to be playing football still but that tough loss ... and I'm going to miss it. But I am super excited for the (basketball) season, I think we'll be really good this year. We've got a bunch of hard-working guys and I'm excited for the future," Worster said.

Worster is usually one of the best athletes, whether it be on the football field or basketball court, in each game, but what his coaches all rave about is the way Worster carries himself. At the beginning of Signing Day, head football coach Mick Morris and head basketball coach Jeff Hays both talked about how special of a player and person Worster is.

"It's a really good compliment from them. I think it's almost more important than all the sports accolades, because it just means a lot knowing people think of me that way and I come off with that good of character," said Worster.