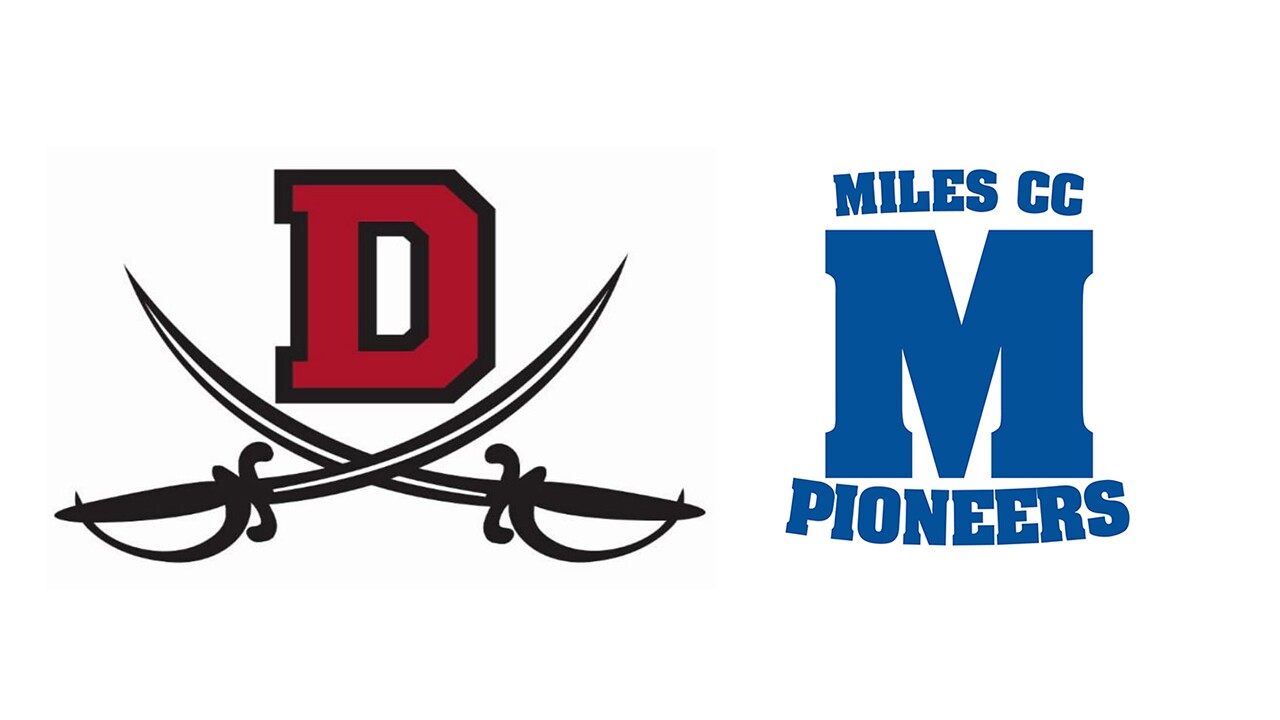 GLENDIVE and MILES CITY — Though the coronavirus pandemic has kept every sports administrator on high alert since March, the National Junior College Athletic Association’s decision to suspend most of the fall sports seasons until 2021 was still unexpected.

“It actually did catch us by surprise,” admitted Joe Peterson, the athletic director and head men’s basketball coach at Dawson Community College in Glendive.

“A little bit of a surprise,” echoed Jerry Olson, the athletic director at Miles Community College in Miles City. “But the biggest thing for us is keeping our student-athletes safe and whatever we can do to do that part.”

Both Peterson and Olson said they had received directives from the NJCAA in June indicating junior colleges would still try to play sports in 2020. Olson said the national organization planned to leave the decisions up to its individual regions since COVID-19 was having different effects on different portions of the country. Peterson said some dates had been adjusted but that the basketball season was still slated to start in October with teams required to take a break from Thanksgiving through the end of the year.

That all changed last week, though, as positive COVID-19 cases continue to increase across the country, including in Montana. The NJCAA alerted its athletic directors on July 9 that it was changing the fall sports schedules. The public was notified of those changes on Monday.

“Cross country is really unchanged. Nothing’s different about them,” Peterson said. “Really, it affects volleyball the most, then men’s and women’s basketball. Volleyball is basically moving from the fall to January, and then men’s and women’s basketball basically are being pushed back three months for the start of the season. Those are the three sports that I think are the most affected at this point.”

The changes are obviously easier for the Montana junior colleges to navigate than some of their peers across the country. Neither Dawson nor Miles have football, which has been pushed back until March at the NJCAA level. Various other college conferences and teams have started to cancel or postpone their fall sports schedules, as well, and there’s expected to be a ripple effect across the country.

The impact on other colleges in Montana is not yet known, but decisions will come shortly. The Great Northwest Athletic Conference, which includes NCAA Division II Montana State University Billings, is expected to make its announcement on Friday. The Big Sky Conference, which includes Montana and Montana State at the NCAA Division I level, has an end-of-July deadline for its final determination, while the NAIA and Frontier Conference are in wait-and-see mode after previously outlining guidelines and protocols for a return to sports.

While the NJCAA moved swiftly to make its fall sports decision, that doesn’t mean Peterson and Olson can now sit back and relax until the majority of their sports return. The NJCAA conference is this week, where a COVID-19 advisory committee is outlining protocols for a return to school and practice this fall.

The Mon-Dak Conference, which houses both Dawson and Miles, meets next week to try to fine-tune its volleyball and men’s and women’s basketball schedules.

“Volleyball got cut to 21 matches, basketball got cut to 22 games, so we’ve got to go back, redo our schedules … where we fit in volleyball, basketball together. That’s our next step, trying to look at that,” Olson said. “The thing that’s kind of ironic, I guess: They do get allowed to scrimmage in the fall. They can’t have games, but they can all have five scrimmages in the fall. You get 60 days of practice. From once you start, you’ve got two months straight calendar days that they can practice. Just going to be a little shorter season and more condensed. We’re just looking forward to getting back and playing.”

Scrimmages, which will be allowed to include outside competition, haven’t been scheduled yet by either department, but both athletic directors were appreciative of those opportunities. Peterson, switching to his hat as the men’s basketball coach, outlined potential positives that could result for his team. His Buccaneers went 27-7 last season and defeated Miles in the Region XIII championship.

“A lot of has changed since we cut down the nets back in March, for sure,” Peterson laughed.

“We have all new players coming in, and so this just gives us a little more time in the fall, especially with everything that’s happened and the fact that some of our players can’t even get into a gym or there’s not even a hoop that they can shoot on, because some places have taken down the outdoor hoops and all of that,” he added. “I was a little bit worried about them coming in of what kind of shape they would be in, how long it would take us to get them ready for basketball season. Now, it just gives us a little bit more time, a little bit more breathing room to be able to get them in, start working out with them, start developing them, having open gyms and that kind of thing, then work into practices and getting some scrimmages against outside competition.”

According to Olson, Peterson isn’t the only coach trying to see the positive side of the postponements.

“I know my volleyball coach (Chase Soennichsen), he’s fired up. He gets to practice and get them in top condition, they learn the system and then they start playing January. He’s pretty fired up for it,” Olson said. “We’ve just got to adjust. We think we’re going to have really, really good teams in every sport. You just adjust. Young kids, they can adjust to anything. It’s some unusual times right now, it’s crazy. We’ve got to do our part. The biggest thing is keeping everyone safe and going from there.”