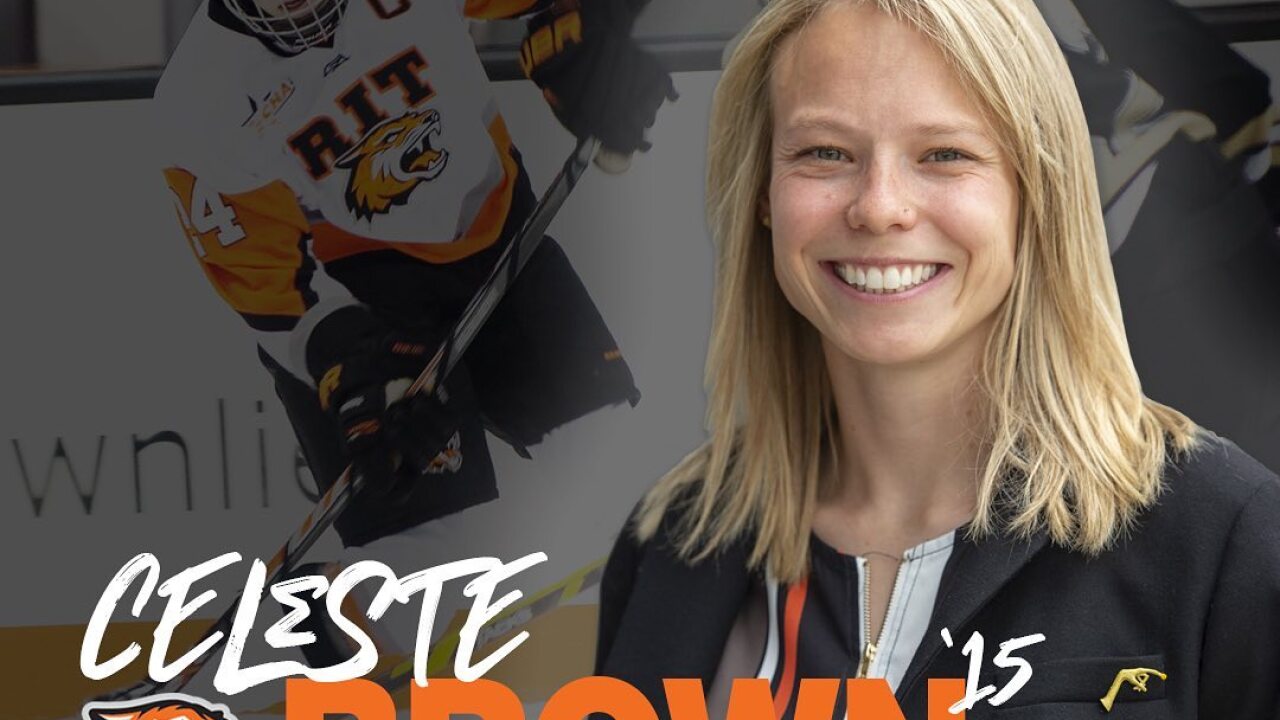 “Everything happens for a reason and the universe has some sort of plan,” she said. “And so I'm where I'm supposed to be in the moment, wherever that moment may be.”

But at the end of that path was always hockey.

When Brown was a teenager, she moved thousands of miles way from Montana to a prep school to improve her skills and college prospects. She would eventually sign with the Rochester Institute of Technology where she enjoyed a successful four-year career and helped the Tigers to the 2012 NCAA Division III national championship before the program made the jump to Division I the following season.

After college, she played professionally for the New York Riveters and the Connecticut Whale of the NWHL.

And now after three seasons as an assistant coach at Penn State, Brown was named the head coach of her alma mater where she’ll lead an NCAA Division I program at age 28.

“You always aspire to be a head coach. And in my mind I was full-go once I got into coaching,” Brown said. “I'm extremely grateful to be where I am and I'm very excited. When you're trying to get to the peak of your profession, you’re always in search of the next step that's going to make me better at what I do and this was it.”

Like every coach in the country, she steps into an uncertain future amid the ongoing COVID-19 pandemic.

"The goal is to just approach it with an open mind and understand that things could change from one day to the next,” she said. “Whatever hand is dealt to us, we're going to deal with it with a positive attitude and full effort.”

But she’s used to the uncharted path, and she plans to use her varied experience to help push the Tigers back on the path to success. Penn State is in the same league (College Hockey America) as R.I.T., so Brown is familiar with her new (old) team.

“I stood across the ice from them for three years, and I know they're good kids and they're tenacious and they work and they've been insanely resilient,” Brown said. “We have work to do and I'm excited to get in there and learn about them and they can learn about me. I'm ready to learn and grow as a coach. The biggest thing I can say is that rebuilding is a process. It doesn't happen overnight."

She added: "You have to step outside of your comfort zone.”

That’s something Brown has been doing her entire life.