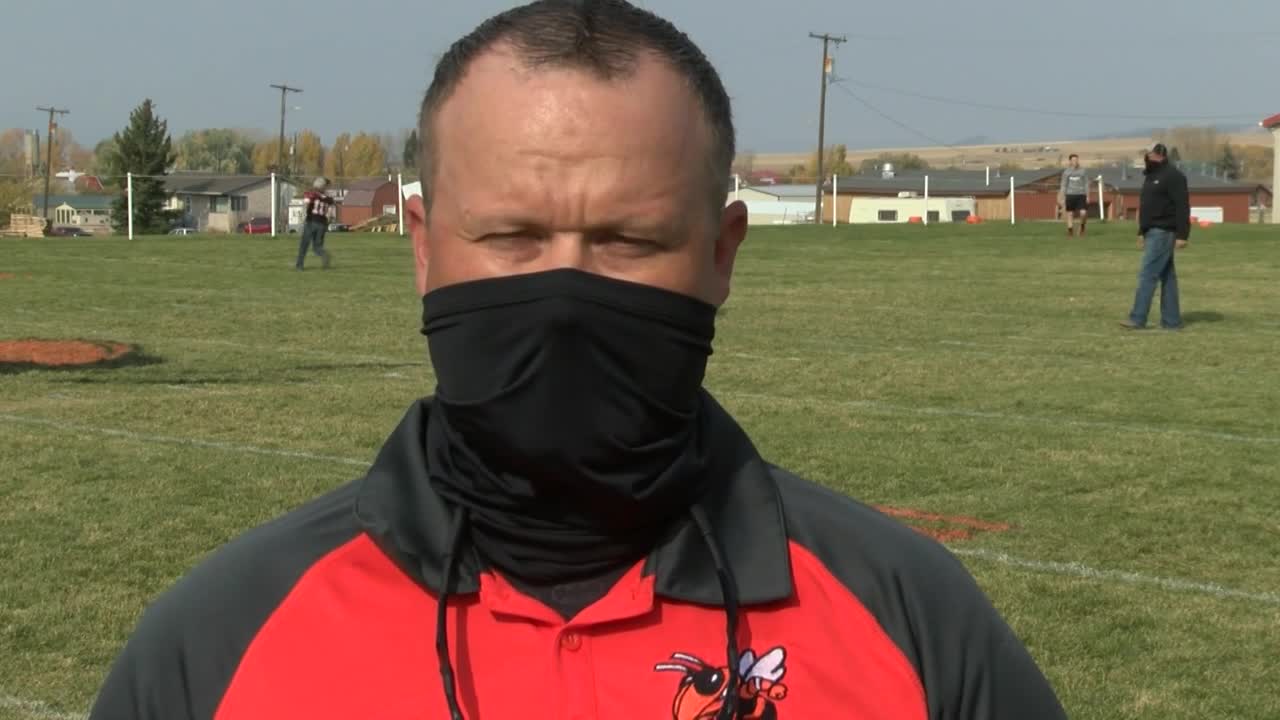 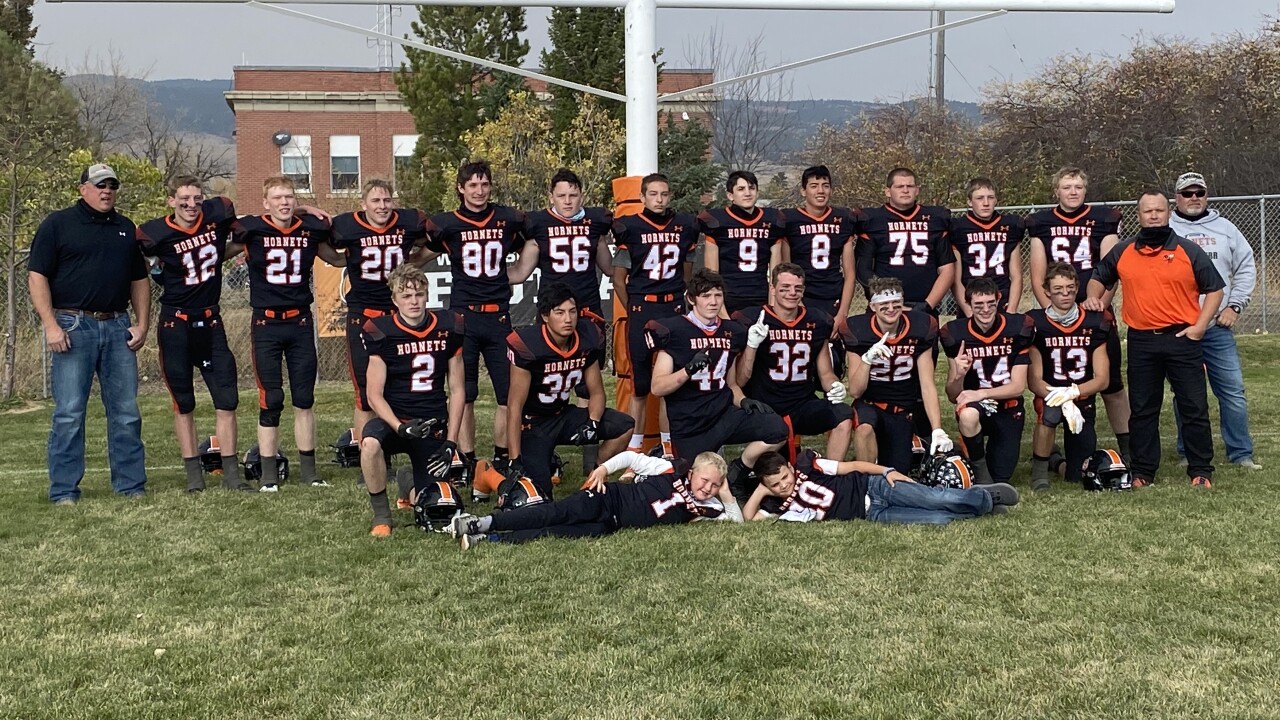 WHITE SULPHUR SPRINGS -- In a game that decided the 6-Man West, the White Sulphur Springs Hornets hung a jersey for one of their teammates who couldn't be at the game.

The Hornets' center was forced to sit after a positive COVID-19 test in his family. Hornets head coach Travis Novark knew this would affect his lineup before the game but had faith in his team's ability to handle it due to their depth.

"Just in fear of him contracting anything, we decided and he decided that we better just quarantine him for a couple weeks, so we don't get it within the team and have to have to postpone the game,” said Novark before the game. “He is our starting center, does a great job for us in our block scheme. ... But fortunately for us, I've got a lot of kids and we're kind of two deep everywhere.”

As their teammate’s jersey hung on the stands, the Hornets knew what needed to be done in order to secure the top seed in the 6-Man West and felt good about their chances. Both teams traded scores to open the game before the Hornets got off and running, eventually winning the game 53-15 behind offensive onslaughts of Sam and Shaw Davis.

Following the game, both Novark and his players said they were happy with their ability to execute their game plan and avoid a setback.

“We knew they were going to blow in, so we worked on blocking every day of the week and took it to them,” said Shaw Davis.

“We're pretty comfortable even though we lost (the center), who was a key component to what we do. We weren't worried about Kaden Kerr not filling the shoes,” said Novark.

With the win, the Hornets nabbed the top seed in the 6-Man West and will face the No. 3 seed from the 6-Man North when the state playoffs start on Oct. 23.