What I'll be watching: Conference titles up for grabs in loaded Week 7 slate 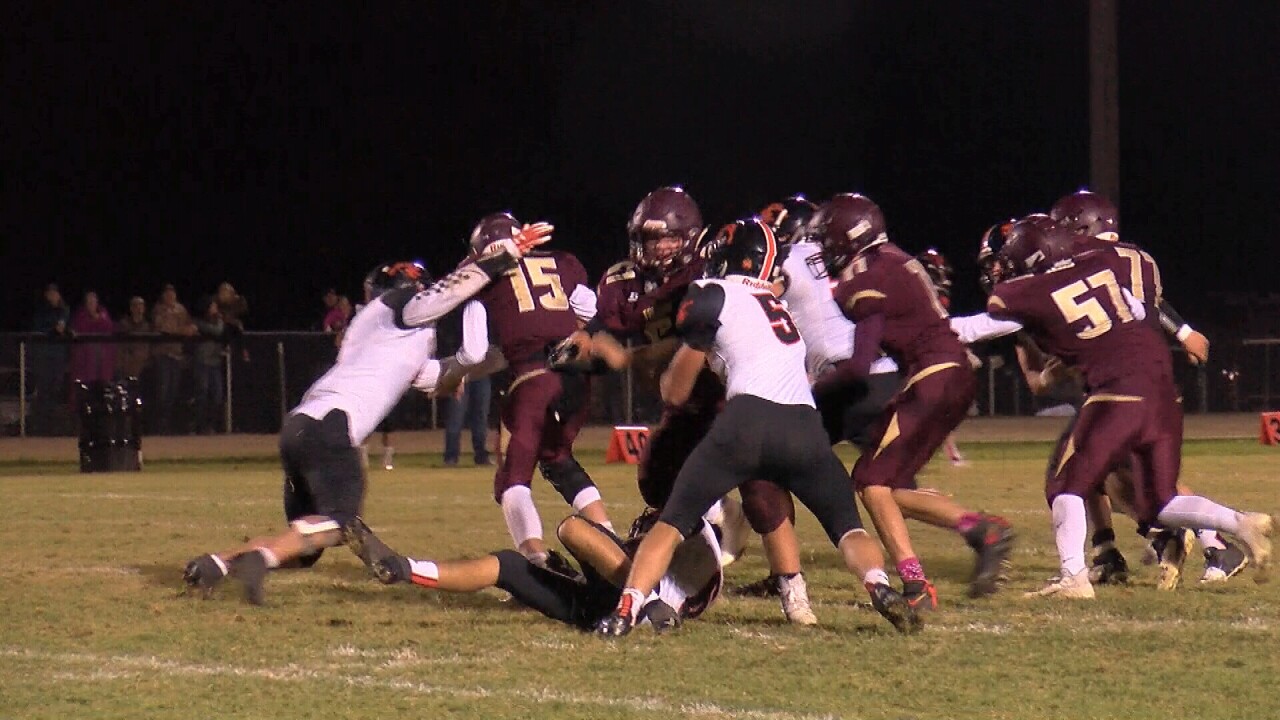 MTN Sports
The Eureka Lions are out to a hot start in 2019, as they chase the magic from a few years back when they won back-to-back state titles.

Montana’s high school football regular season is winding down as we enter Week 7.

This week’s slate is full of games that are loaded with playoff implications. The Western AA will become clearer after Friday night, as a pair of two-loss teams in conference play will meet up in a battle for home field in the opening round of the playoffs.

Libby will put its perfect record on the line this weekend in the first of a tough three-game stretch. Can defending Class A champion Billings Central rebound from last week’s blowout loss to Laurel, or will the Eastern A have a new champion in 2019?

A rivalry game in the Northern B will likely determine which team will host a playoff game in the first round and which will travel. The Western B’s top two teams meet up on Friday night, too, where Eureka has a chance to lock up the conference crown.

The 8- and 6-Man fields are again full of intriguing games. Can two-time defending 8-Man champion Drummond-Philipsburg win to keep its playoff hopes alive? Fort Benton and Fairview have rolled to unbeaten records so far, but can they each beat top contenders in their respective conference?

A rematch of the 2018 6-Man title game will take place on Saturday in Wibaux with conference title implications, while the 6-Man South and 6-Man North will have battles to determine sub-division champions.

Buckle up, Week 7 could be quite the ride across Montana’s football landscape.