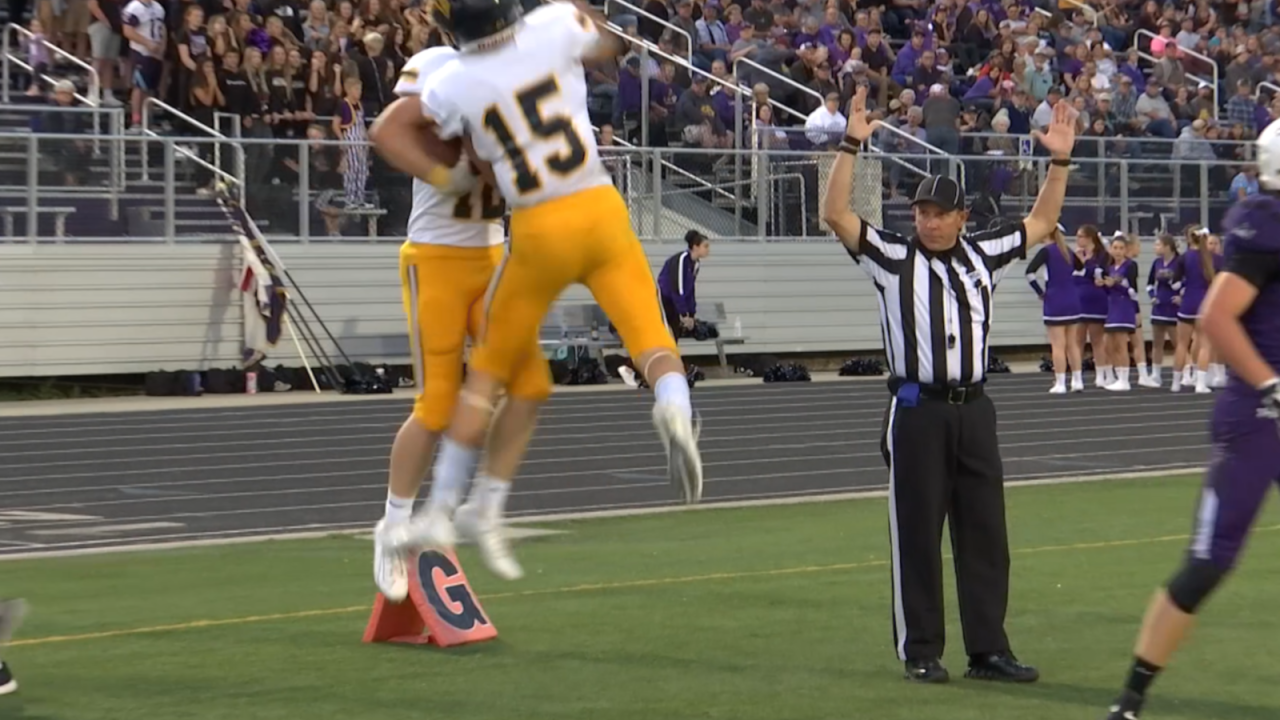 When the Hamilton football team dropped a 26-25 contest at Dillon on Sept. 20, a game that saw the Beavers take the lead with less than a minute to play, there were many that maintained the Broncs were still the team to beat in Class A. Hamilton fell to No. 5 that week in the MontanaSports.com high school football power rankings, but Monday the Broncs surged back to the top of the Class A polls.

Hamilton blasted recent Western A rival Columbia Falls 56-7 on Friday, one week after defeating then-unbeaten Frenchtown 34-25, to move back to No. 1 in the weekly MTN Sports power rankings. Miles City moved to second, while Billings Central, No. 1 the past two weeks, plummeted completely from the poll after falling to Laurel 33-0, a win that launched the Locomotives into a three-way tie for fourth with Libby and Dillon. The Loggers and Beavers clash in Dillon this Friday, while Miles City welcomes Billings Central in two of the key games on the Montana football fields this weekend.

Fairfield, Eureka and Manhattan continue to occupy the top three spots in Class B, respectively, though Manhattan is now tied for third with Red Lodge. Malta and Missoula Loyola hold a tie at No. 5, with both preparing for conference showdowns this weekend -- Malta traveling east to face rival Glasgow, while Missoula Loyola heads north to attempt to unseat Eureka from the Class B unbeatens.

The 8-Man football power rankings consist of the same five teams as last week, though Fort Benton's 60-0 win over Simms was enough to convince voters to move the Longhorns ahead of Alberton-Superior. The Horns and Mountain Cats were tied for second last week, behind unanimous No. 1 Fairview, which held strong after a 76-12 victory over Broadus. West Yellowstone is undefeated and No. 4, while Great Falls Central remains fifth.

The MTN Sports team also kept the top five teams in the 6-Man power rankings -- Wibaux, Big Sandy, Jordan, Hot Springs and Power-Dutton-Brady -- but swapped Jordan for No. 3 and slid Hot Springs down a spot to No. 4.

Class AA saw no change in the top three, as Billings West, Butte and Missoula Sentinel each won last Friday. Bozeman moved to No. 4, a spot previously occupied by Helena High, which fell victim to Kalispell Flathead's first win of the season. The Bengals received votes, but fell from the top five, leading to Helena Capital's return to the power rankings.