What caught my eye: Playoff picture beginning to take shape 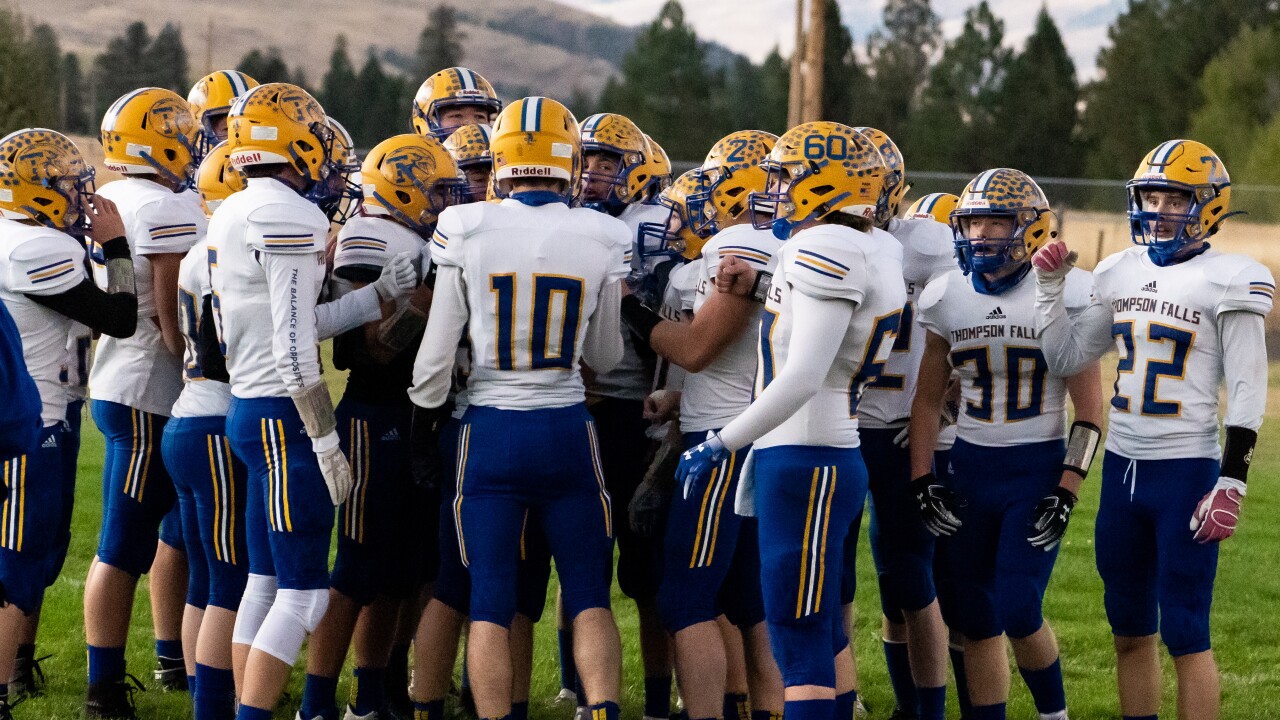 Kyle Hansen/MTN Sports
The Thompson Falls football team huddles up before its game against Arlee on Friday, Sept. 25, 2020 in Arlee.

The final weekend of September brought with it several pivotal high school football games in regard to conference championship races.

Kalispell Glacier is still in the hunt for a regular-season title in the Western AA, but Missoula Sentinel continues to decimate its opponents. Two teams remain unbeaten atop the Eastern AA, too, but that will change soon.

2019 was a down year of sorts for Billings Central, but the Rams once again look like a contender in the Eastern A after taking down their rival in Week 5. Hamilton continues to roll in the Western A, but there’s finally a little clarity behind the Broncs, at least for now.

Red Lodge was on the Class B radar entering the season, but the Rams faltered early to Columbus and now find themselves in a muddled Eastern B. The Northern B has some really good teams at the top of the conference, as the top three have a combined record of 11-0 on the season.

The weekend’s biggest surprise was in the 8-Man East, where defending champion Fairview now finds itself staring down a road game in the opening round of the playoffs. The 8-Man West is in an odd scenario after Drummond-Philipsburg and Thompson Falls drubbed their Week 5 opponents. Joliet is now in control of the 8-Man South after a monster win on Friday.

It doesn’t appear there’s anything that's going to stop Shields Valley from its second consecutive 6-Man South regular-season title after the Rebels won at home in Week 5. Froid-Medicine Lake is officially on the radar of other 6-Man teams, as the Redhawks are now atop the 6-Man East, the conference that has produced three consecutive 6-Man state champions. Power-Dutton-Brady survived a matchup of 6-Man North unbeatens and has an inside track to a home game in the opening round of the playoffs.

As regular-season title races come into focus, that and more highlight what caught my eye during Week 5 of the high school football season.