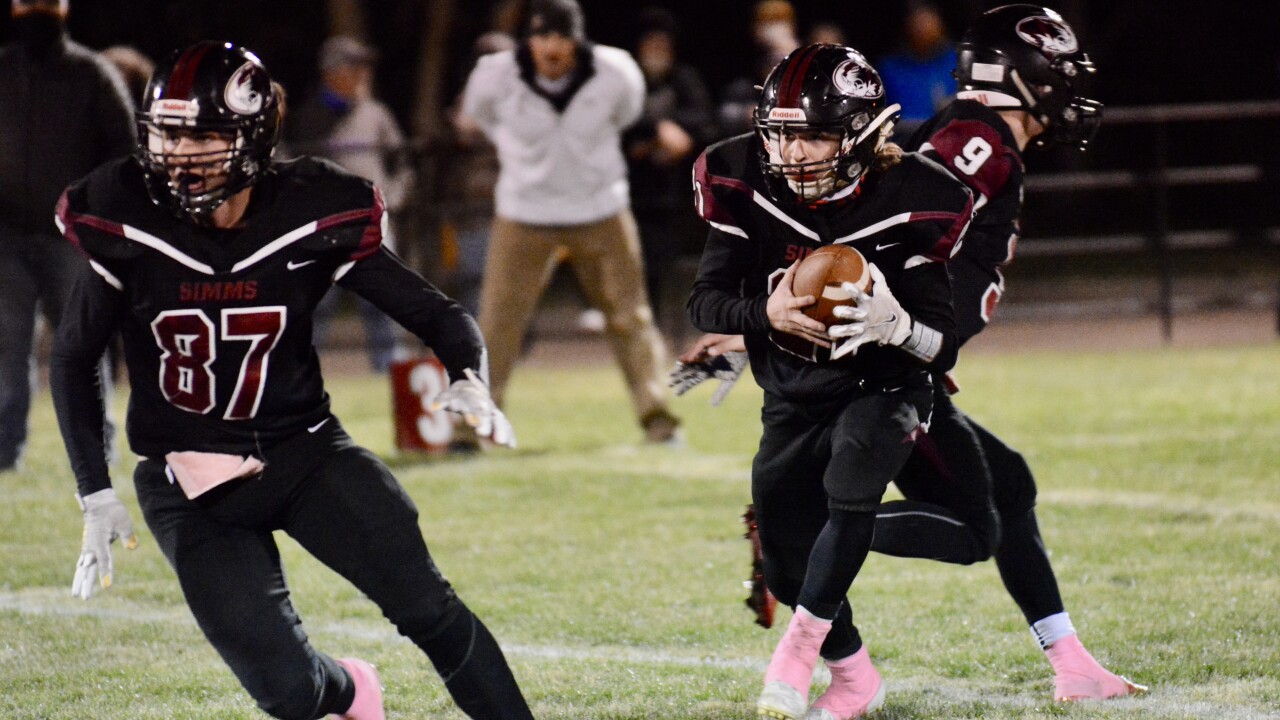 During the fall, he’s leaving defenders in the dust on the football field for the playoff-bound Tigers.

During the summer, he spends his Friday nights at the Electric City Speedway, racing stock cars on the dirt track with his family.

“I’ve been competing in a race car since I was about 8 years old,” Leach said. “It’s been in our blood on both sides of my family, actually. And in the car it's like nothing else. It's similar to the way people love football. They'll come onto the field and they'll say it's like nothing else. It's a highlight. They just love playing ball. It's same thing with those race cars we get in.”

Racing isn’t just a hobby for Leach. His father, Paul Leach, is the President and CEO of Loenbro, an industrial construction company in Great Falls, and, along with his brother Jon, owns Loenbro Motorsports, which opened doors for Mikey and his three brothers to develop a passion for racing at an early age.

In addition to dirt track racing, Mikey competed in the professional ARX2 division of the Americas Rallycross Championship series. The Leach family even has a rallycross course on the family ranch, which Simms coach Jay Fredrickson learned about quickly when he moved to the Sun River area.

“Mike is my neighbor, I didn't know about them when I first moved out there, but I heard roaring engines and gravel flying and I thought somebody went in a ditch,” Fredrickson recalled. “So I hopped on my four-wheeler, ran over there and it was Mikey and his dad racing up and down the road. I'd never seen that before, so it was the darnedest thing. But that's what they do. And they're great people.”

When fall camp started up in August, Leach still had a few races left in his season. That led to some double duty on the weekends.

“At the start of the fall during two-a-days I told coach that I'll come to practice, but I'm going to bring my trailer and my car with me. Because right after practice, I got to head to town to race,” Leach said. “Coach will just look at me and just be a little mad. You know, he didn't want me getting hurt or anything. But it didn't really conflict. I didn't miss any races and I didn't miss any practices. So it all balanced out.”

But now that the racing season is over, Leach is solely focused on a deep playoff run with his teammates. The Tigers boast seven seniors, many of them four-year starters. Leach knows it’s one of the most talented classes to come through Simms in years, and he fits in seamlessly at tailback and linebacker.

“My dad told me freshman year that if you don't break every state record on the ground in your junior season, then I don't know what to tell you,” Leach said. “But we all know that this was the year. That senior class is a bunch of studs, and everyone's been watching them come up through high school.”

Simms (5-2) has only lost to 8-Man powers Shelby and Fort Benton on the season, but each game was competitive until the end. With Friday’s 36-0 win over Cascade, the Tigers have clinched a berth in the 8-Man playoffs for the first time since 2015.

Leach ran for 120 yards and a touchdown in that game, but he’s just one of many weapons the Tigers utilize in this bounce-back season.

“You get your ups and downs in this game, you don’t win every play, but, boy, they try all the time. They’re trying to get better. And we have been getting better,” Fredrickson said. “Mikey’s had some good games, and so have other guys. And that’s what you want to have offensively - you want to have a multi-headed animal to try and stop. And I think we got that.”

Simms will be the No. 3 seed in the 8-Man North division.