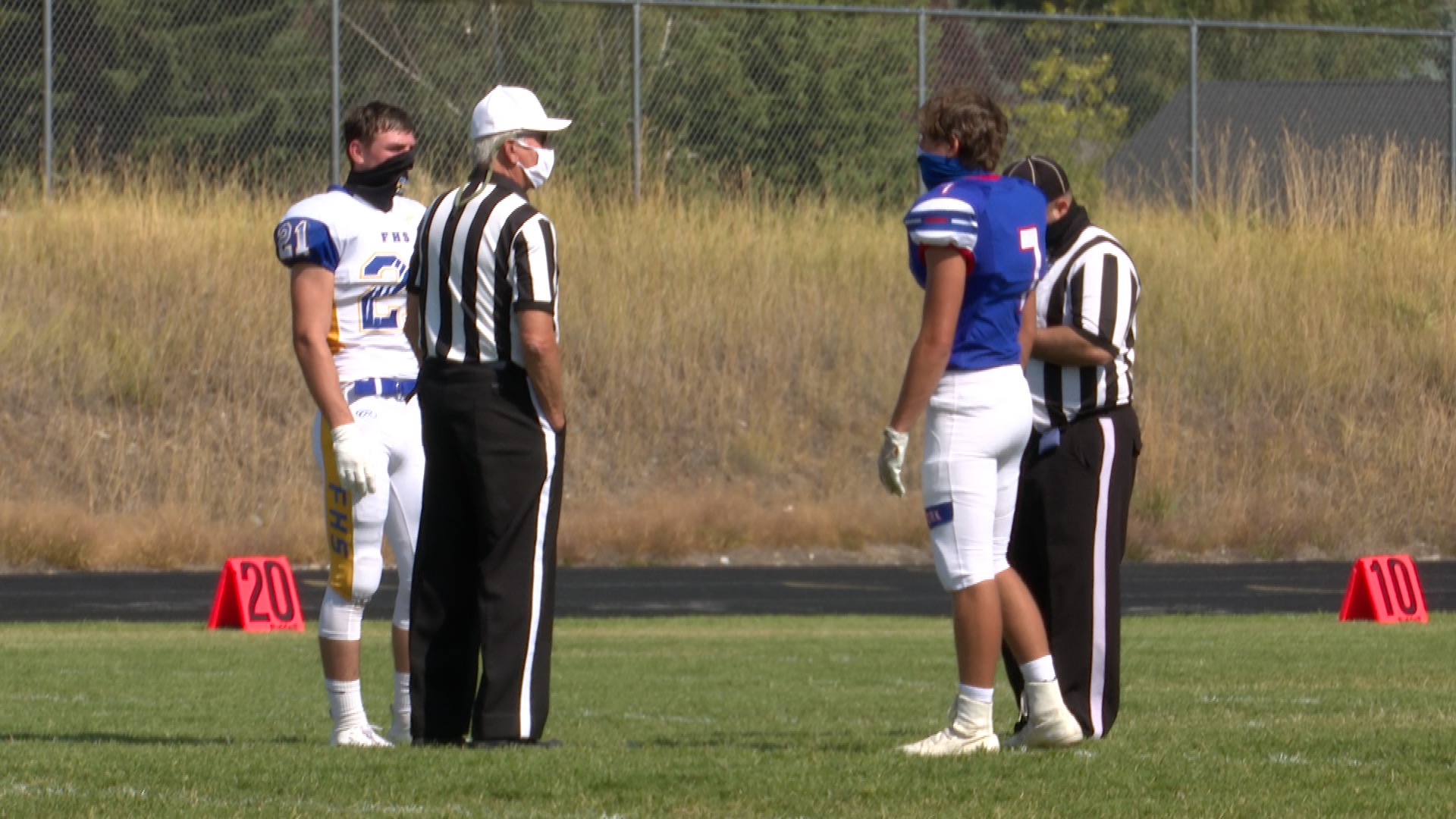 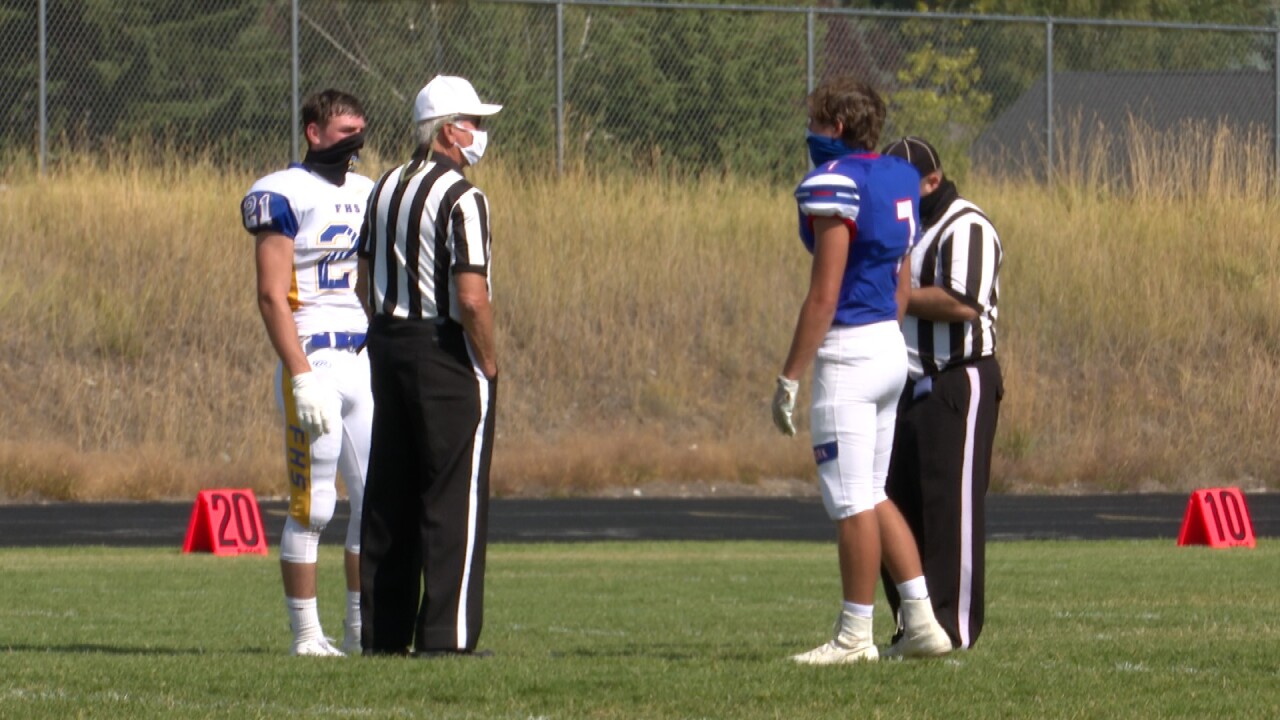 BIGFORK — The Lewistown Golden Eagles and Bigfork Vikings faced off in a cross-classification, non-conference football game in Bigfork on Saturday afternoon.

After losing its originally scheduled game against Hardin, which was forced to cancel due to COVID-19 concerns, the Eagles finally got their first game under their belt. And the game didn't disappoint, with Lewistown outlasting Bigfork 22-14 in overtime.

From the start it was easy to tell the game would be won using the ground game and defense. Both teams leaned heavily on their running backs early but found little success once in the red zone.

On Lewistown's first drive, Keaton Potter busted a big, 30-plus-yard run to get into Bigfork territory. On the following play, though, quarterback Seth Norslien was stripped on a sack and the ball was recovered by Bigfork.

Bigfork's offense looked set to dominate, as it drove down the field with ease and capped the drive with a 6-yard end-around run from wide receiver George Bucklin to go up 8-0 after a successful two-point conversion.

However, Lewistown responded all afternoon. On the following drive, Potter busted another 30-plus-yard run to the house. After a failed conversion, the Eagles trailed 8-6.

Following that, Bigfork drove right back down the field and scored on a Cormac Benn run from 3 yards out before the end of the first half to take a 14-6 lead into the locker room.

In the third quarter, both teams failed to score a point.

In the fourth, both teams struggled again. Lewistown found some late life when Norslien heaved up a prayer and Luke Clinton made an incredible catch at the 1-yard line. But after a penalty moved the Eagles back, Bigfork's Bucklin made back-to-back pass breakups in the end zone to preserve the lead and get the ball back.

With 3:45 left in the game, Bigfork attempted to run the clock out, but Benn fumbled the handoff on second down to give the Eagles the ball back in Bigfork territory.

The Eagles eventually scored on a 2-yard QB sneak from Norslien, followed by a successful two-point conversion to tie the game at 14.

Bigfork's Bucklin broke free for a big gain with less than a minute to play but was tripped up by the last defender to beat, and the teams headed to overtime.

In overtime, Lewistown powered its way to a touchdown from Potter on the ground, followed by a two-point conversion.

On Bigfork's possession, it struggled to gain more than two yards per carry, and Benn's pass was deflected on fourth down, then caught out of bounds to end the game.

"It was really physical, playing against a run team is super hard always. Always got to step up the defense," said Potter. "Our offensive line stepped up big time. We changed some stuff up in practice this week just to help us out and it really helped."

"We’ve been hitting ourselves and we needed to hit somebody else," said Lewistown head coach Vic Feller. "Like I say, we are just thrilled that we could come up here and play well, especially in the second half against a very good football team."