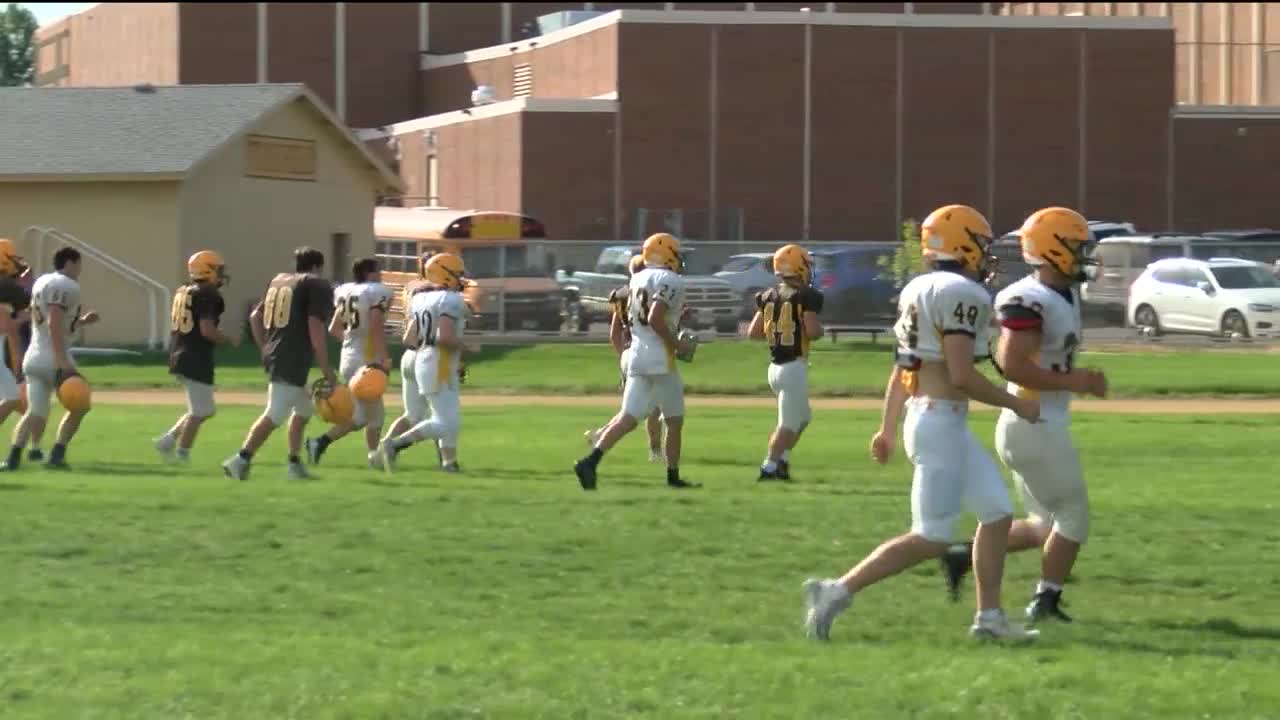 HELENA -- According to the CDC, approximately 5,600 Montanans are diagnosed with cancer each year. Helena's Luke Den Herder has fought the fight on three separate occasions.

Den Herder recently returned from Seattle, where he finished up treatment for what doctors described as a combination of non-Hodgkin's Burkitt's lymphoma and non-Hodgkin's diffused large B-cell lymphoma, the two cancers he took on and beat earlier in his life.

"It sucks to be going through it a third time, but 3-0 and undefeated is a plus," Den Herder said with a smile and chuckle.

Den Herder is Helena born and bred: a graduate of Capital High School, an alum of Carroll College football and, for the past four years, a coach for the Capital Bruins freshman football team.

"He's been a big part of our program," said Bruins varsity head coach Kyle Mihelish. "Obviously coaching here, playing here, I know he went off and played at Carroll. He's a great young man. He does a lot for the community, volunteering, coaching at the freshman level, he means a lot to us."

Whether it was on the field or off, Den Herder was there to help build his players up.

"Freshman year, we didn't now the stances or anything, we didn't really know what to do as a D-line and O-line. Small Fry was all about get up field. When we got to freshman, he taught us more about it and what to do," said Jake Slagel.

At Helena Capital, there's pride in being a Bruin and donning the brown and gold, and that pride doesn't stop after graduation. That's why the Helena Capital football team and cheer squad hosted a car wash for Den Herder on Saturday as way to get donations to help offset the cost of his treatment. The event raised nearly $1,900 for Den Herder's cause, but it was the thought that really touched him.

"For them to do the car wash and for them to reach out and do this, it's absolutely amazing to see the support," said Den Herder.

Fall of 2019 would have been Den Herder's fifth season on the sidelines coaching the Bruins' freshman squad, but doctors recommended he take this season off to let his body rest and recover following the treatment. Next fall, he expects to be back on the sidelines doing what he loves.