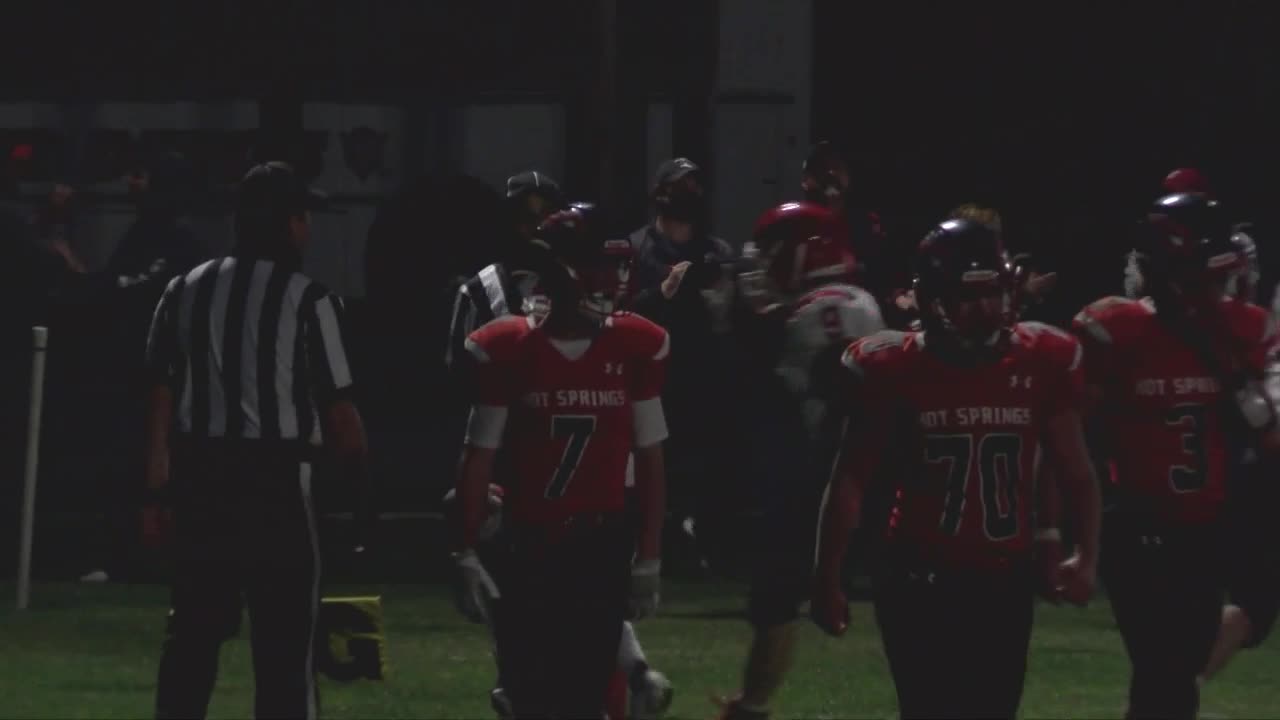 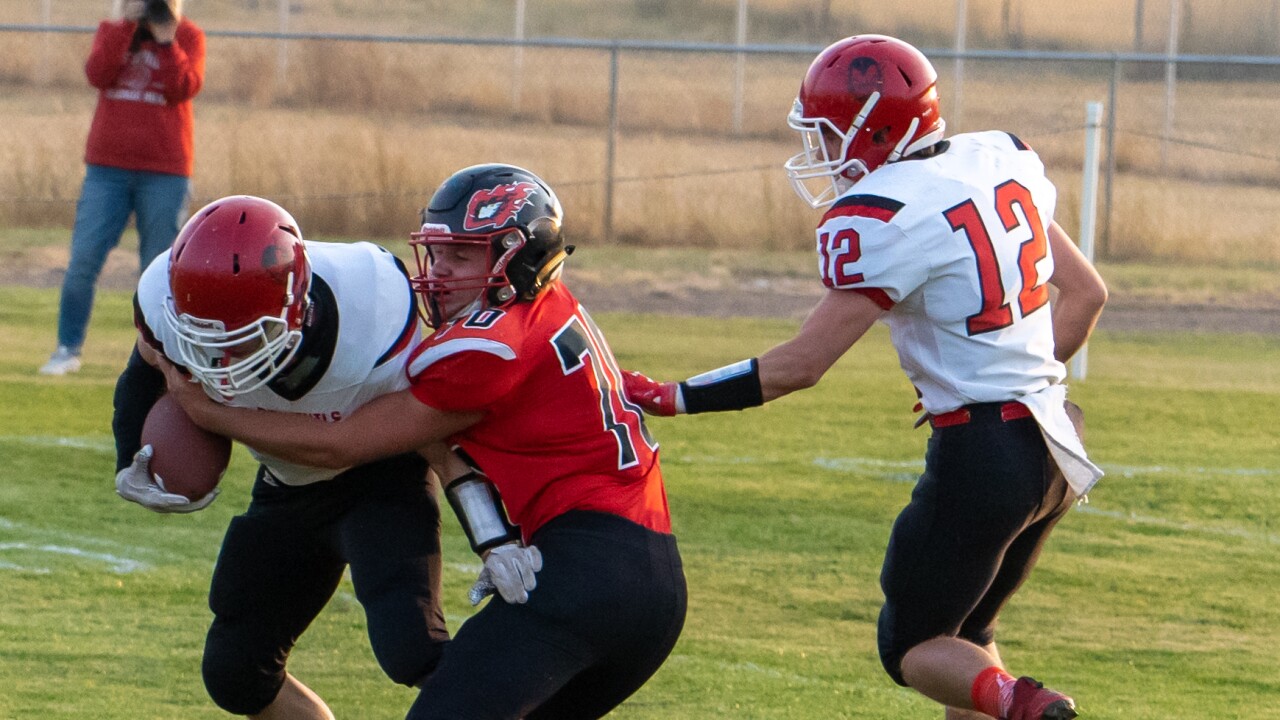 HOT SPRINGS — Hot Springs faces a difficult task over the next few days, but the Savage Heat began that stretch with a 48-28 victory over Noxon in a 6-Man football game on Thursday evening in Hot Springs.

The Savage Heat face a quick turnaround as they travel to White Sulphur Springs on Saturday. Thursday's game with Noxon was a makeup game due to postponement from smoke hazards, with their original game scheduled for Sept. 19.

Hot Springs raced to a 28-0 lead by halftime, capped off by a diving touchdown reception by Lawson from McAllister. But Noxon came out firing in the second half as senior Jared Webley caught an 11-yard touchdown pass from junior Nathan Cano to get Noxon on the board.

Noxon recovered an onside kick on the ensuing kickoff, which quickly turned into a touchdown connection between Cano and senior Jeriko Smith-Roach.

Noxon got as close as one possession after sophomore Gage Hendrick scored to make it 36-28 Savage Heat with 8:07 left in the fourth quarter, but Hot Springs clamped down on defense from there and added two touchdowns to earn some breathing room and the win.

"It was a tale of two halves for sure," Hot Springs coach Jim Lawson said. "We pretty much had our way in the first half and they come storming out in the second half with that power run game and so we had to battle back. We had some adversity."

"We had to shave off a little rust," Slonaker said. "They're a good team. They started powering up. Really at halftime we knew that was coming, we knew that they were going to have a second wind for sure. We just fought through it and kept pounding it up the field, ended up getting a couple more touchdowns and it worked out in the end."

"It was nice to come back in that second half and kind of come out of the gate like we wanted to in the first half," Noxon coach Bart Haflich added. "(When you) spot a team like Hot Springs 28 points, that's tough to dig yourselves out of a hole. We're in the playoffs and we've got a couple of weeks to bounce back from this one because it stings a little bit, but we've got another night to play."

Hot Springs, which hadn't played a game since Sept. 12, improves to 3-0 while Noxon finishes the regular season at 2-2. For full game highlights, see the video above.