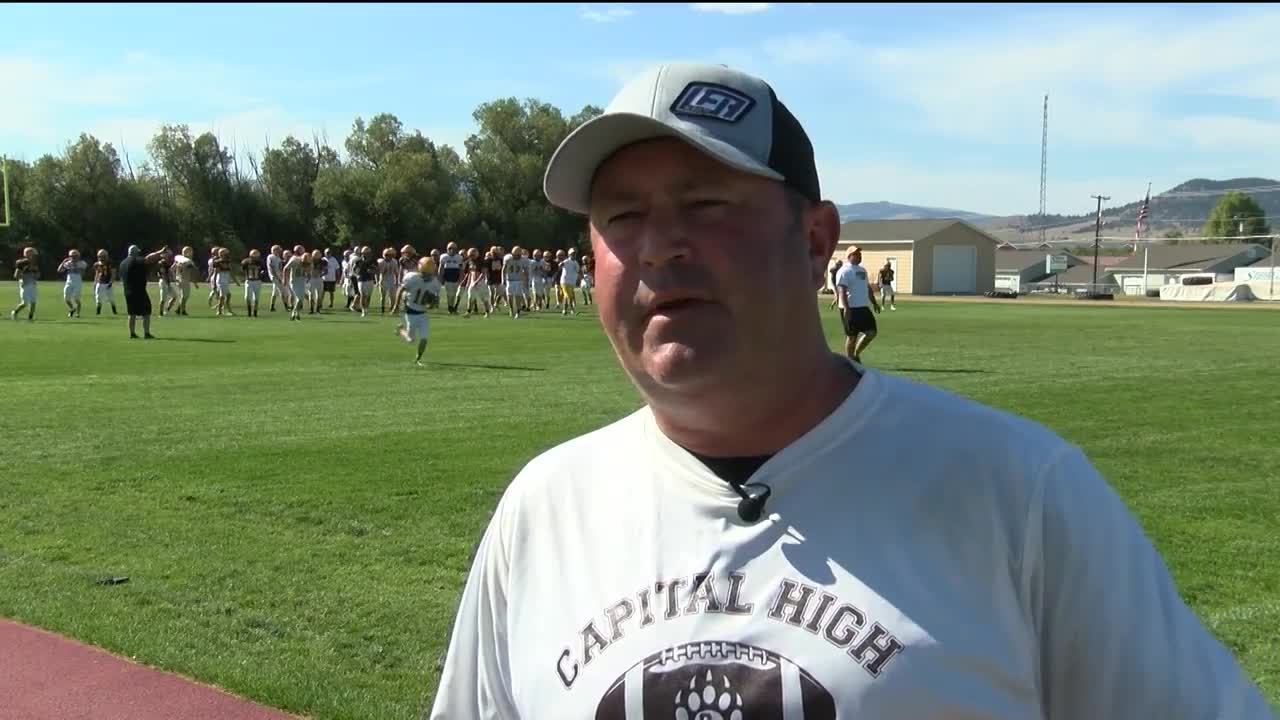 HELENA -- Week 1 of the Class AA high school football calendar was kind to both Helena High and Helena Capital as both teams rattled off wins.

The Bruins' win, on paper, came in large part thanks to Parker Johnston's four total touchdowns, two on offense and two on defense. Johnston remarked after the fact that he was surprised that he was able to snag two interception and return them both for touchdowns in the same game.

"Definitely surprised. I was in the right spot at the right time, just read the quarterback," said Johnston. "It helps being a receiver, knowing what (defensive backs) do that makes me uncomfortable as a receiver, so that's just what I did."

Bruins head coach Kyle Mihelish has been on the Helena Capital football staff for 24 years, and as far as he can remember, he's never seen anyone do what Johnston did in Capital's 35-30 win over Billings Senior. On top of that, it was Johnston's first start as a defensive back for the Bruins.

"Two weeks ago, we moved him to defensive back, so he hasn't had a lot of reps there. Parker is a very athletic kid, he's very coachable, he does a very good job in the film room. A lot of that is studying on his own and being coached. When we're telling him to be on the inside shade of some slant routes, and that's when he gets his two picks and obviously takes them both to the house," said Mihelish. "I don't think I've ever ... in my 24 years of coaching ... been a part of a kid that gets two scores offensively, and two scores defensively -- I've never seen that."

With that game in the rear-view mirror for the Bruins, they'll look to avenge last season's 32-0 loss against the Great Falls High Bison on Sept. 6.

For the second straight season the Helena High Bengals opened their season with a win over Great Falls CMR. Friday's 26-15 win over the Rustlers was a team effort, led by sophomore quarterback Kaden Huot.

When looking back at his first start, Huot admits he made some mistakes, but he was happy to see how he was able to fire off some timely passes without an interception.

"My passing was there, running wasn't that strong. That one fumble was definitely a step back, but everything was going pretty good for us," said Huot on Tuesday.

Now the Bengals will set their sights on first-year Class AA member Belgrade, as the Bengals look to improve to 2-0 on the season against the Panthers on Sept. 6.