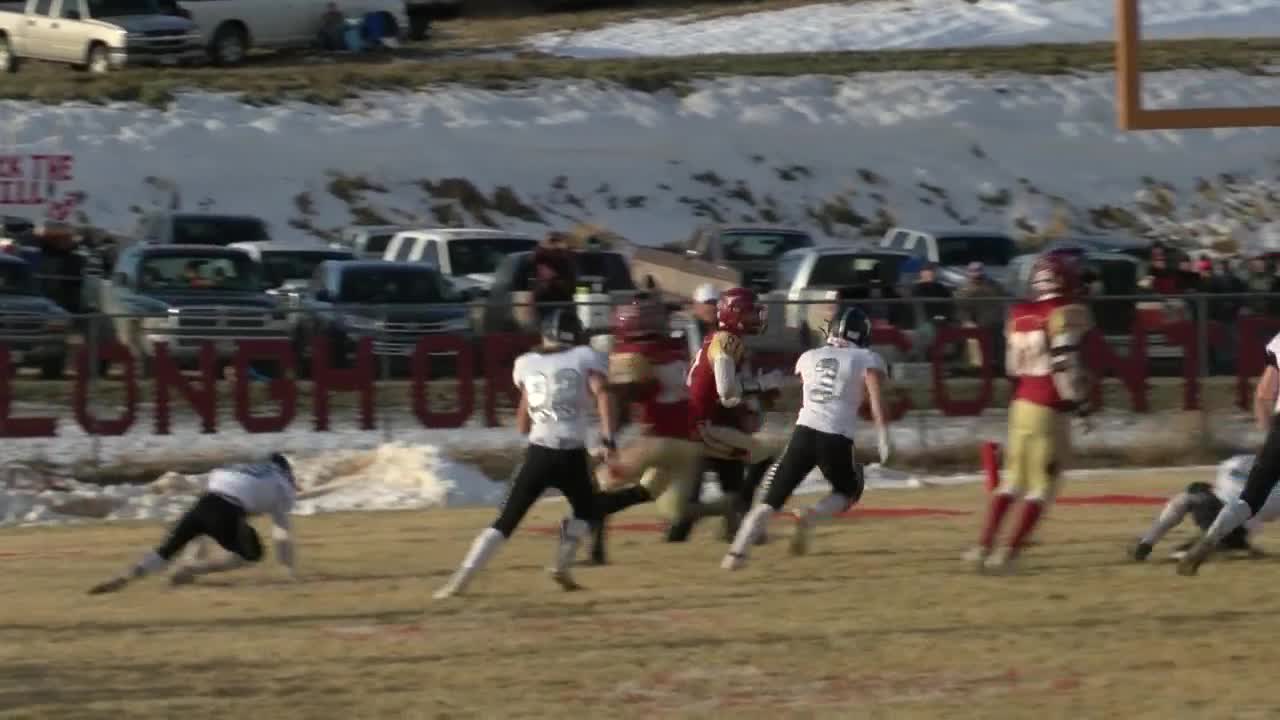 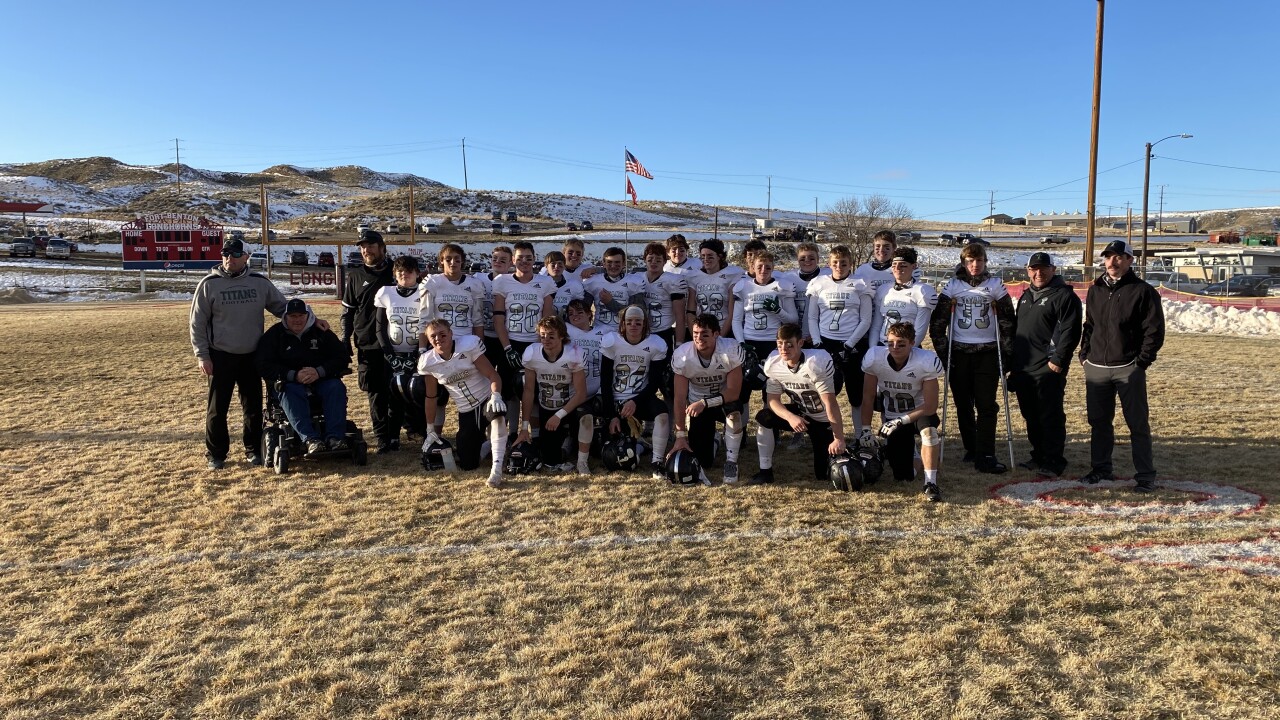 FORT BENTON -- Despite an 18-18 tie at the half, the Drummond-Philipsburg Titans were able to score 30 unanswered points in the second half of their 8-Man football semifinal matchup against Fort Benton on Saturday, winning 48-18 to advance to the 8-Man state championship next weekend.

Fort Benton's William Ullery held it down at quarterback for the Longhorns, throwing for three touchdowns -- two to Hayden Diekhans and another to Jace Thompson. The Titans' Kade Cutler also showed to be a playmaker, as he rushed for two touchdowns in the first half, and Preston Metesh added another score to bring the game to an 18-18 deadlock with only a few minutes left in the first half.

With one more chance to score and take the lead into the locker room at the half, Ullery lofted another pass to Diekhans in the far corner, but Diekhans was called out of bounds by the official.

"That stop right at (the end of that) second quarter was huge for us," said Titans head coach Mike Cutler.

The Titans came out in full force in the second half as Metesh snagged a pass from Kade Cutler on fourth-and-goal to give the Titans their first lead of the game at 26-18.

"In the first half, we had some assignment issues. Two of them were on me, actually, and (then we) just got our stuff together," said Kade Cutler.

On the next Longhorns possession, faced with a fourth-and-short situation, Fort Benton decided to get tricky with a halfback pass, but the Titans were able to snuff out the attempt and give themselves a short field for Kade Cutler to score a few plays later to make it 34-18.

Unfortunately for the Longhorns, the errors continued to compound, as the ball hit the dirt on a play-fake on Fort Benton's next drive and the Titans' Cordell Langton was able to jump on top of it. Before the end of the third quarter, Kade Cutler ran for another touchdown to make it 40-18 as the game waned into the final frame.

Kade Cutler added one more rushing touchdown to bring the score to its final, 48-18, and said the Titans' plan was to hold onto two offensive formations to use solely in the second half.

The Titans will now host Scobey in the 8-Man championship game after Scobey defeated Shelby 44-28 in the other 8-Man semifinal, and both Kade and Mike Cutler were ecstatic about having home-field advantage.

"It means everything. The Drummond-(Philipsburg) community is just amazing. All the moms, all of our fans, they're just cheering us on," said Kade Cutler.

"It's always nice," said Mike Cutler. "With the COVID and all that stuff, we're not going to be able to pack it like we would normally do, but that's the way it is and we're looking forward. I don't know who we're playing, but we're going to celebrate this victory and we'll get ready to go next week."

The 8-Man state title game is scheduled for Nov. 21.