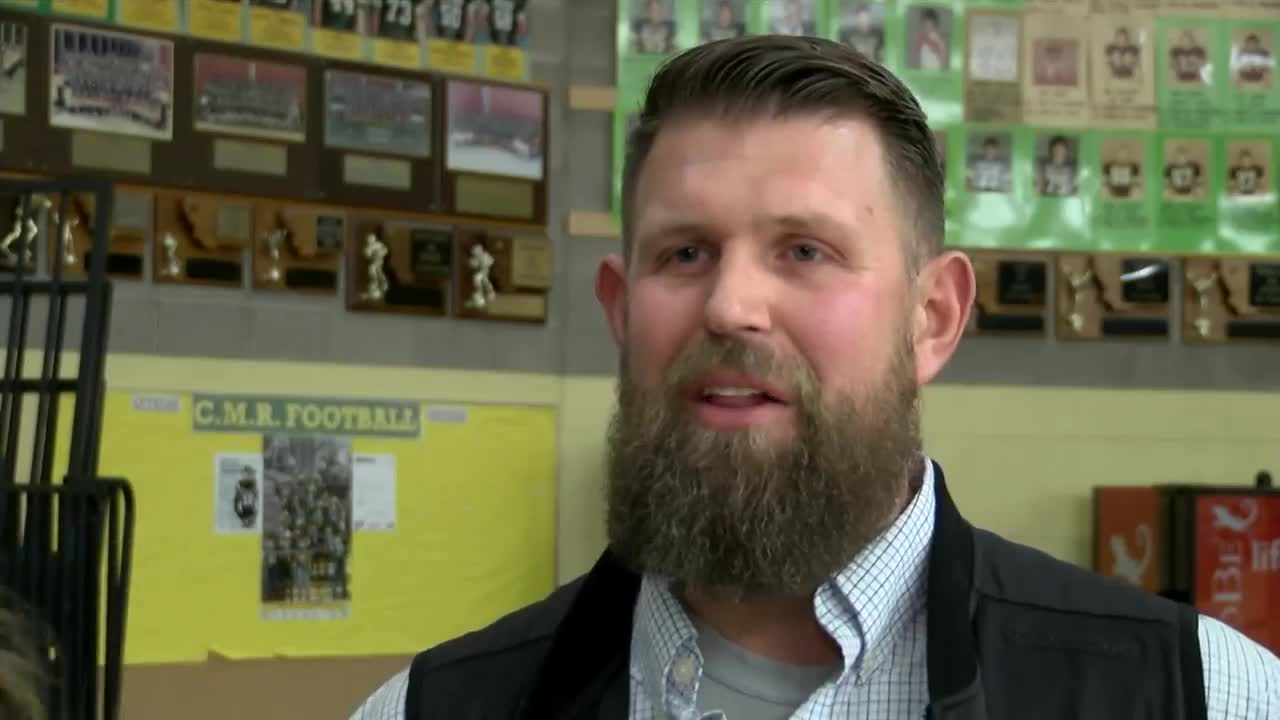 It’s rarer still that position is at Great Falls CMR, which has known only two head coaches in the past 47 years.

That’s not lost on Dennis Morris, a 1999 CMR graduate who was named the new head coach of the Rustler program on Thursday morning.

“I was offered the job (Wednesday) night and I called my wife, she put it in perspective,” Morris said. “The last two coaches here were Jack Johnson and Gary Lowry, which are two of my lifetime heroes. It’s a very humbling experience, an opportunity. And you have to do something with that opportunity.”

Jack Johnson led the Rustlers for 41 years and Lowry, his longtime assistant, was in charge for the past six seasons before retiring in January. Those two played key roles in pushing Morris toward coaching as a calling.

“It was incredible to play for those guys, and they were a huge part of me becoming a coach,” Morris said. “Coach Johnson was always about way more than football. He was about character, he was about toughness and you were going to outwork everybody. If you soak those principles up and put those into play in your life, you’re going to be successful.”

And Morris found plenty of success after his time at CMR. He went on to an All-American football and track and field career at Dickinson (N.D.) State and was inducted into the Blue Hawk Hall of Fame in 2012.

Eventually he and his wife, Holly, relocated to Georgia with their two sons, Jack and Oliver, to be closer to Holly’s parents. Morris spent three years as an athletic director in Warner Robins before returning to coaching at Houston County High School where he led the offensive line at the 6A level, the highest classification of prep football in Georgia

“Incredible to be a part of that. Football in the south is the real deal, it’s a religion,” Morris said. “They clear their schedule for the football team. It was a high-pressure situation there, but when you’re thrown into a high-pressure situation you really learn how to coach football. I was around some great people, around some great athletes and it helps you improve as a coach.”

But ultimately, he and Holly, also a CMR graduate, wanted to return home. And Morris jumped at the opportunity to bring his career full circle and lead the team that played such a huge role in his formative years.

“I’m here to work and I’m here to win and all I want to see is CMR football back on top,” Morris said. “So we’re going to do whatever we can to get that to happen.”

That starts with evaluating his current team and assembling a staff from current assistants and new faces.

“We’re building a team and it doesn’t matter who your coach is, every year we have to re-build that team. My first steps are just to start getting to know these guys and form some relationships with the kids,” Morris said. “And there are some great coaches already here. Some may take the opportunity to slide out, but I want to talk to everybody and get everybody on board.”

Morris is a high-energy, up-tempo guy who wants to bring an exciting brand of football to the Rustlers.

“I would like to be a high-tempo spread offense, but that’s all about the kids,” Morris said. “I have to get access to some film and get to know what’s coming back and get the right system put in place for our kids.”

But more than football, coaching at CMR is about building better people. That’s something he learned from CMR legends like Johnson and Lowry – and that principle won’t change under Morris.

Morris started at CMR last month as a science teacher while Holly finishes the year in Georgia where she’s also a teacher. The rest of the family will move to Great Falls in May following the school year.