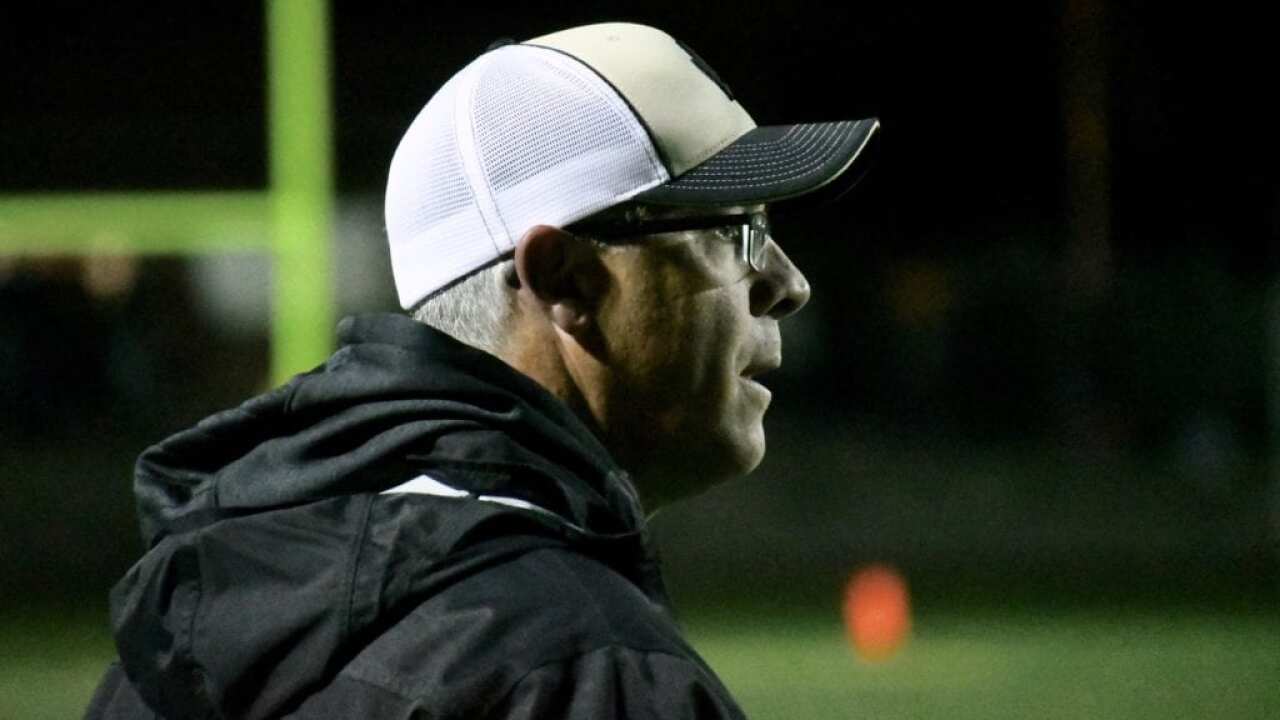 Changes are in the air for Class AA, which is welcoming Belgrade to the classification this fall and Bozeman Gallatin in 2020.

With Belgrade's addition this fall, administrators had to modify the regular-season football schedule and then the playoff format. Class AA previously competed as one entity in football with the top eight teams qualifying for the playoffs.

This year, though, the classification will break into conferences — the Eastern AA and Western AA, which have been used in other sports — and take all 15 teams to the playoffs .

But as much as things are changing, the actual product on the field could see similar faces rising to the top of the standings. Defending champion Billings West again figures to be one of the top dogs , as coach Rob Stanton and the Golden Bears return a wealth of talent, including quarterback Josh Erbacher and running back Demarcus Carr.

“Everybody in the world, quarterback, that’s what drives your team. Josh is a very smart football player, so I think that’s the biggest thing of getting him back,” Stanton said. “And obviously Demarcus, I have never coached a running back like him ever before. He’s unique in that way, and he’s so special. Demarcus almost had 2,000 yards last year, I think he was like 25 yards short. Josh, I don’t know what his stats were, but he was around that 3,000-yard passing mark. That’s a pretty big deal to have those two back. Just their competitive drive that they have and their desire to be pretty good on that football field, it’s special to have them back.”

Though West will certainly miss guys like Jesse Owens and Trevin Gradney, who are both now playing at the University of Montana, the Bears do still have considerable experience back from last year’s title-winning team. Jaden Bienvenue, Zack Tallman, Hunter Morse and Connor Ryan are all back after all-conference seasons a year ago.

Ryan, a recent Montana State commit, will be asked to carry a heavier load on offense and defense after excelling as a returner last year, and Stanton mentioned another player who impressed in offseason workouts.

“We have another kid that’s going to start for us this year that didn’t play much last year, Isaiah Sanchez. He hasn’t missed a weight session in three years,” Stanton said. “We have a pretty good nucleus of kids that are willing to work and willing to lead. That was the standard that was really set by last year’s class that graduated since they were freshmen, and we’re tickled that they’re kind of following their mode. It’s never easy, and we want to give kids time off in the summer, as well, and let them go enjoy the lake and be kids, but now it’s time to get going.”

West will certainly carry a target on its back into the season, but the Golden Bears will see plenty of challengers, starting right in the Magic City. Billings Senior won the 2016 and 2017 state championships, and the Broncs again field a talented roster , headlined by receivers Junior Bergen and Oran Nash-Bergen.

“Those two receivers from Senior High are pretty dang good … and they’re going to stretch the defense. I look at Bozeman, (McCade) O’Reilly and Kenneth Eiden IV, those two are phenomenal athletes,” said Stanton, who also mentioned he expects an improved Billings Skyview team this fall.

But there was one team, in particular, that Stanton figures will be among the classification’s best.

“We had a pretty good team last year, and we went up to (Helena) Capital and we struggled with those guys. I can’t remember what, it was like 14-10 or 17-10, whatever it was. Then I look at the roster before the game and after, and they had a lot of juniors. So I think they’re going to be a very strong team,” Stanton said.

“We’ve got the majority of our guys back from last year, about seven, eight guys on both sides of the ball. We’re much further ahead than where we were last year,” Helena Capital coach Kyle Mihelish confirmed. “We feel pretty comfortable where we’re at.”

The Bruins struggled to a 4-6 record last fall, just missing the playoffs. But that junior-laden team is now a senior-laden squad with the experience to match its talent . Quarterback Bridger Grovom returns, as do running backs Kadyn Craigle and Noah Braden, who will be lining up behind a veteran offensive line. Jake Slagel, Monte Pearson, Josh Lee and Blayne Ehlke all started last year and plenty others got meaningful snaps, but the biggest addition might be on the sideline.

Jim Hogan, who spent 19 years as an assistant coach at Carroll College, joined the Capital staff as the offensive line coach, bringing his long resume to the Bruins. Mihelish brought former University of Montana offensive coordinator Bill Cockhill onto the staff prior to last season, as well.

“The experience of those guys and just the knowledge and just having a presence about them and how to conduct yourself as a professional. They always have great ideas, whether it be with practice plans or structure or different ways of handling a kid. They’re a great asset to all of us,” Mihelish said.

Capital will likely need all that experience in what figures to be a Western AA that is competitive from top to bottom now that Mick Morris has rejuvenated the Missoula Hellgate program.

“These teams are so well-coached, and schematically they’re all sound … you got to come to play every Friday night. I don’t want to say in the olden days, but there were sometimes you could roll off the bus knowing, ‘We got a pretty good team here, I think we’re going to get this one,’” Mihelish said. “You don’t think that way anymore.”

^Bozeman's McCade O'Reilly suffered an injury during fall practices and could be miss the season.